Michelle Gard’s husband Greg Gard was coach Bo Ryan’s longest-serving assistant; he was born Gregory G. Gard on December 3, 1970, in Cobb, Wisconsin to Connie Jean Gard and Glen F. Gard, 70, diagnosed with brain cancer in May 2015. He received a B.S in physical and health education from in 1995 and his M.S.E in counselor education in 2007 from the University of Wisconsin-Platteville.

Are you all ready to meet Mrs. Michelle Gard?

46-year-old Michelle Gard was born Michelle Lee Roddick on July 7, 1969, in Wisconsin to Peggy Gard (nee. Logeson) and Jim Roddick. Michelle Gard holds an undergraduate and master’s degrees from UW-Eau Claire and another master’s in educational administration from Marian University in Fond du Lac. She met her husband in the mid 90’s while she was living in Milwaukee and went home to Platteville to visit her mom. One night she went out and met Greg who recently joined the coaching staff under coach Ryan and her brother Kevin Roddick who was a player for Coach Ryan introduced them.

Michelle and Greg dated for four years until they got married in 2000, They have three children Mackenzie, 14, who is currently a freshman in high school, Issac, 12, who is in the seventh grade and the youngest is Peyton, 7, who is a second grader. 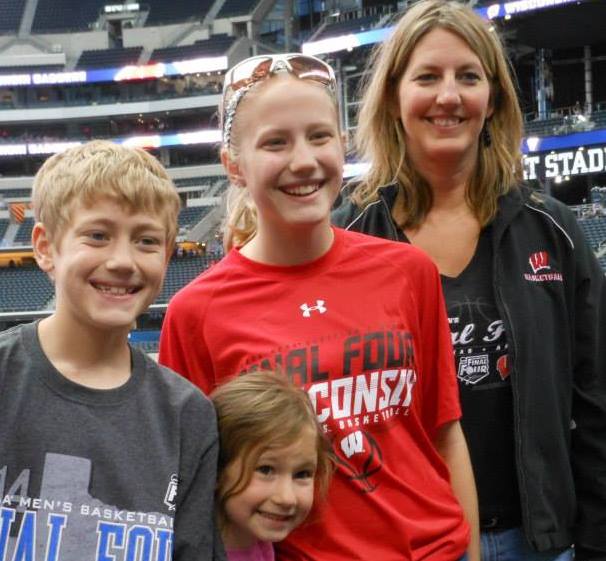 Even so, she was working as the principal at an elementary school when she decided to quit her job and focus on much important things at home. On one side her father-in-law was battling brain cancer, and on the other her eldest child, Mackenzie suffered head trauma from a fall in December 2014 and still is dealing with repercussions from the incident that send her two weeks in a hospital and long months of different types of intense physical therapies.

Putting her career aside for her love ones was a no brainier for Michelle Gard, they are after all, her most precious possessions. 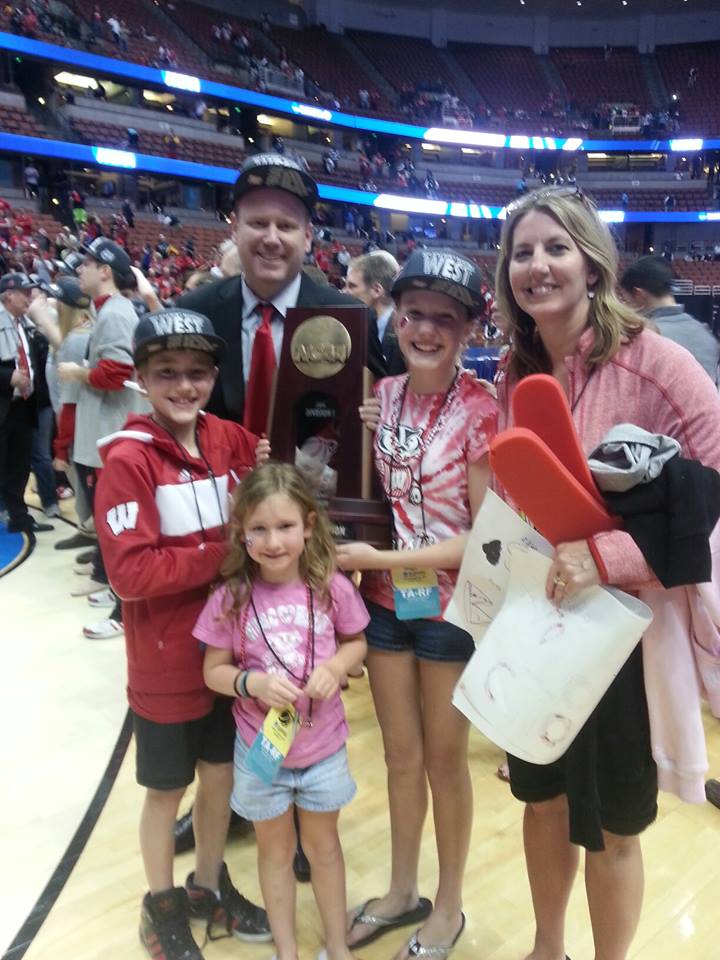 “There’s no way I’m in this position without her,” Greg Gard said of Michelle. “I could not have survived the last year. You talk about the highest of highs winning a Big Ten championship and coming off a Final Four and the lowest of lows going through my dad’s situations for six months.