Meet Paige Ninkovich, she is the stunning wife of Rob Ninkovich. Her man is an outside linebacker for the New England Patriots; he also played with the New Orleans Saints, the Miami Dolphins and for the Purdue Boilermakers at Purdue University in West Lafayette, Indiana prior to the NFL.

Paige’s hubby comes from a Serbian family, but he was born and raised in Blue Island, Illinois. He attended at Lincoln-Way East High School before graduating from Lincoln- Way Central High School; where he earn All- State honors in football and baseball.

After high school, he initially attended to Joliet Junior College during his freshman and sophomore year, but subsequently transferred to Purdue in 2004. Rob graduated in 2006 with an organizational leadership and supervision major.

The New Orleans Saints selected him in the fifth round (135th overall) in the 2006 NFL Draft. He played in New Orleans for one season, before he was waived and later claimed off waivers by the Dolphins in September 2007.

He played his first season with the Dolphins, who then released him on August 31, but re-signed him and send him to the practice squad three days later. After the season ended, Ninkovich spent a second spell with the Saints’ practice squad in 2008.

He signed a deal with the New England Patriots on August 2, 2009, after the Saints released him on July 30th.

Paige met Rob in 2006; at Manning’s restaurant (owned by the Peyton and Eli’s family) in New Orleans. At that time Paige was a nurse at Ochsner hospital system of Louisiana. These two dated for six years, before they got married on June 29, 2012, at the Immaculate Conception Jesuit Church in New Orleans.

The Ninkovich are the proud parents of two beautiful girls, Avielle born in July 2013 and a second daughter born n 2016. 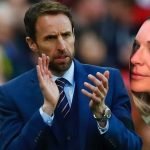 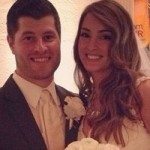 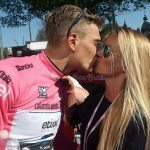