Pat Barry is one lucky guy indeed; not only he had one successful career as a kickboxer and mixed martial arts artist, but also he is the boyfriend of female MMA fighter Rose Namajunas, the strawweight champion in the UFC. Rose is the # 1 in the UFC Women’s Strawweight rankings since October 2020.

What is Rose Namajunas Net Worth and Earnings?

Rose Namajunas’ net worth has been estimated at $1 million as of April 2021; this figure is from her UFC fights and her sponsorship from Reebok.

Rose Namajunas has sponsorships deals with Trifecta System, Onx Labs, Monster Energy; she announced her partnership with Reebok on February 20, 2019, and with RVCA in April 2021.

What ethnicity is Rose Namajunas?

5’5 Rose Gertrude Namajunas is American; she was born on June 29, 1992, in Milwaukee, Wisconsin, to Lithuanian parents. Her grandfather, a Lithuanian military officer, was killed by the Soviets in Kaunas, Lithuania; her grandmother Rožė Gotšalkaitė Namajūnienė is after whom she was named.

Her maternal grandfather Algis Andriukonis was a wrestling champion of Lithuania; he died in December 2020. 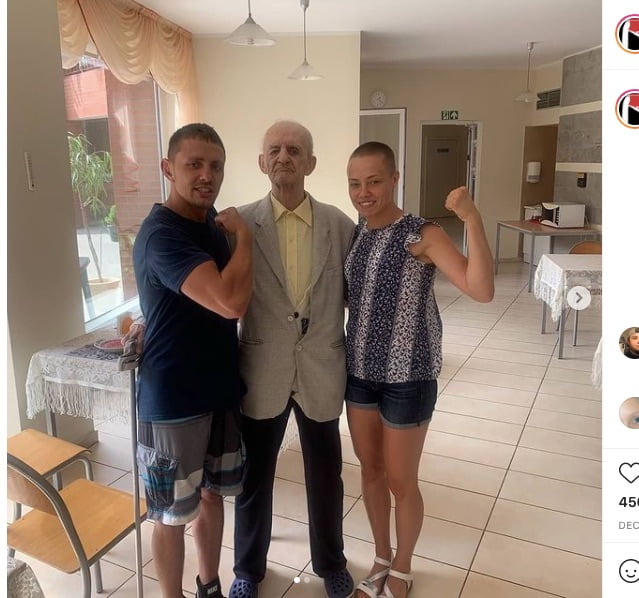 Rose Namajunas is one of two children born to Jolita Frank, her father, a keen painter, was diagnosed with schizophrenia when she was a little girl and died when she was 16.

“The biggest thing you learn is that mental health is no joke. People have real problems and in some cases they’re not safe, even if you love and care for them. That was the case with my Father.” 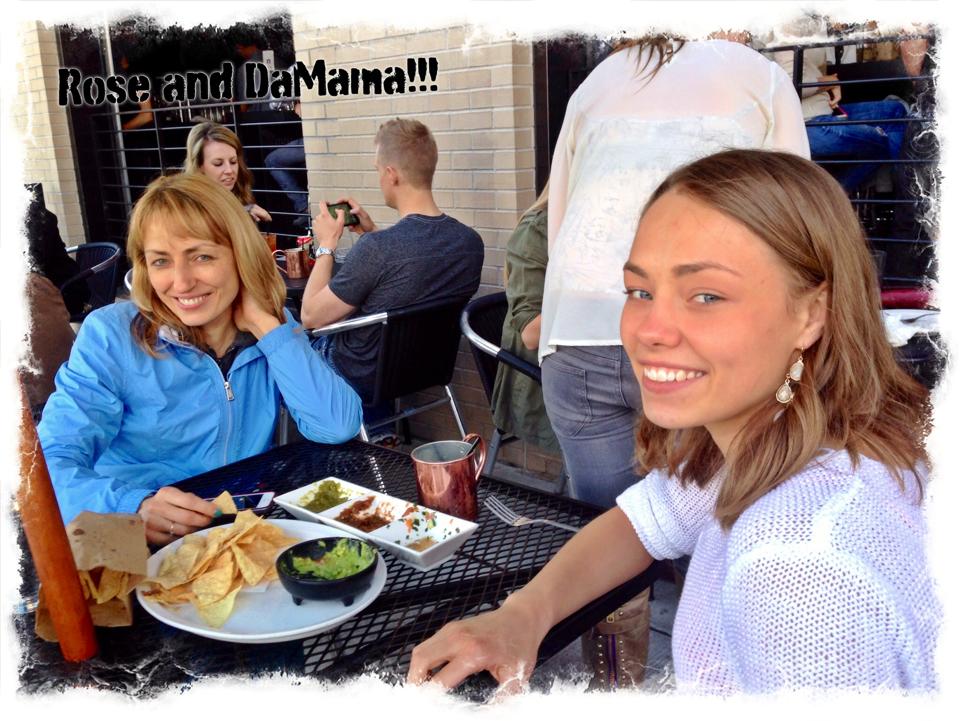 Jolita born Jolita Yuozapo on January 18, 1967, remarried and lives in Milwaukee. Jolita studied vocal accompaniment at the University of Wisconsin-Milwaukee; she is the music director at St. Peter Catholic Church 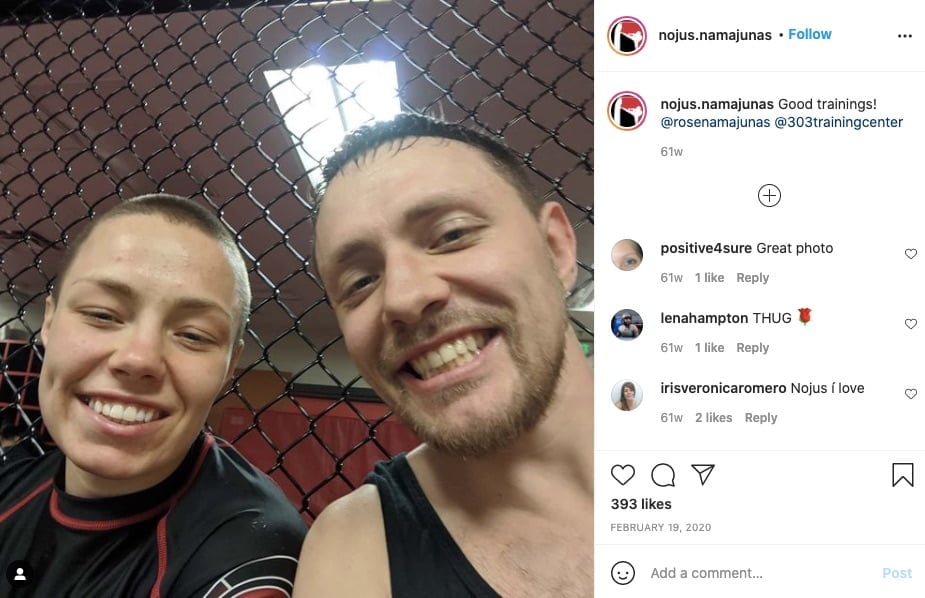 Rose has one older brother, Nojus Namajunas, 31; he claims to be a piano instructor on his Linkedin profile, but like his little sister Nojus was introduced to martial arts around the same time taekwondo then Karate and jiu-jitsu. Featherweight fighter Jonus Namajunas lost his first fight in March 2019 against Isaiah Hernandez by split decision. He defeated Robin Maggs by TKOat Fury FC 37 in September 2019; Tyson Craig defeated Jonus at MTF: 23 Logan in March 2021.

How Did Rose Namajunas get her nickname Thug Rose?

Rose Namajunas’s intimidating scowl was what got her nicknamed Thug Rose when she was very young by some of her friends in her neighborhood.

When I was little, I was the only white girl, I was smaller than everyone else, and for some reason, I just acted harder than everybody else; just fearless, you know? So they kind of dubbed me that because of the intimidating scowl I always had on my face. That’s what gave me that name.

That’s just one aspect of my personality. I have a playful, fun-loving side, and I also have a very sensitive and emotional side to my personality. But it’s definitely one of the main things that most strangers will pick off of me from a first impression, that I really come off as this intimidating type of person. Like I said, it’s just one aspect of my personality, but I’m always practicing a staredown with strangers. Even going to the grocery store, I might mean-mug somebody just to see if I get a weird feeling from them. It’s practice.

And I think that’s one thing that fighters don’t really practice that much, is their intimidation and their mind games, and the intimidating looks that you can give to people. It really can win or lose you the fight if you have that down.

How did Rose Namajunas lose her belt?

Rose Namajunas lost her strawweight title belt against Jessica Andrade at UFC 237, on May 11, 2019, in Rio de Janeiro, Brazil; Andrade knocked her out in the second round. Rose Namajunas got her belt back from her rematch against Andrade at UFC 251 in Abu Dhabi on July 12, 2020; Rose won the bout by a split decision.

Namajunas won her Strawweight title belt at UFC 217 on November 4, 2017, when she defeated Joanna Jędrzejczyk by technical knockout in the first round (3:03).

Why  Rose Namajunas cut her hair?

Rose Namajunas, nicknamed Thug Rose, could have tightly braided for her fights, but she didn’t want to bother, so she decided the best way to keep her hair away from her face was to chop it off.

“[It’s] Just years and years of playing in sports, not just fighting, hair’s been growing up, and being a tomboy growing up and not really wanting to have to do my hair. I don’t even know how to do [my hair]. I just had to put a whole bunch of product in it. I just want to be able to wake up in the morning and feel pretty and not have to do a whole bunch of cr*p [to my hair].

It is definitely like shedding my past, being psychologically mean of my hair as well as physically, and just ripping it out. It’s a fight not a beauty pageant. S**t’s in my way at practice… Cut it off!”

Because you already know about Rose, let us tell you five interesting facts about her man. 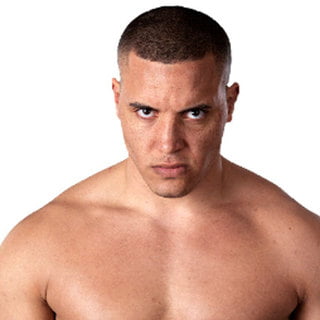 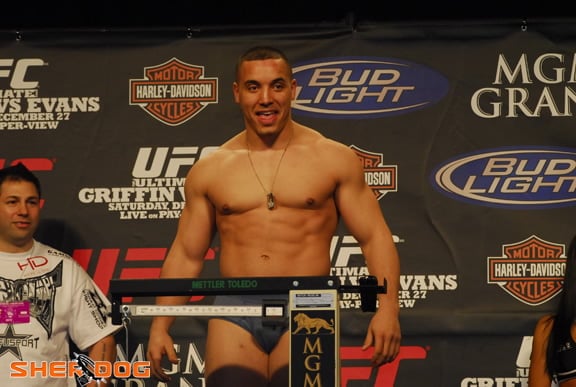 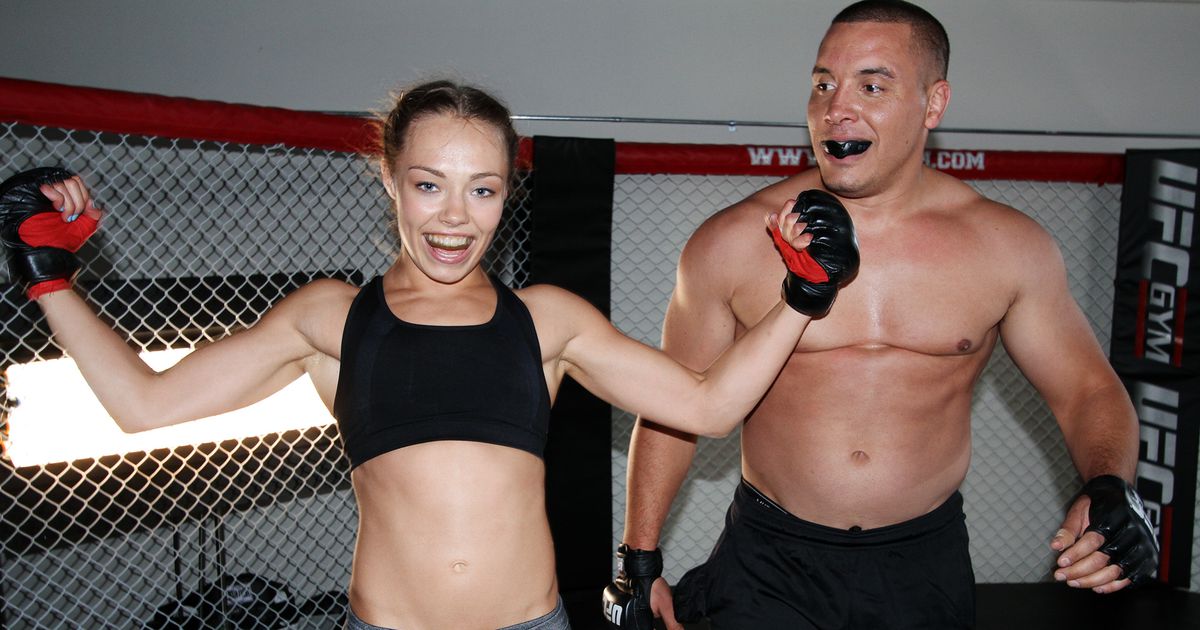 After retiring from MMA in January 2014, Pat Barry has turned into a training partner to his talented and gorgeous fiancee Rose Namajunas, one of his privileged partners.