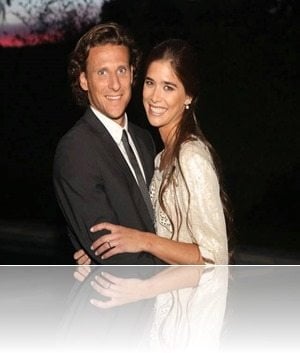 Meet Diego Forlan’s lovely and insanely wife Paz Cardoso, we are going to tell you  few things about the lovely wife of the handsome 35-year-old striker with Uruguay’s National Team who also plays with Cerezo Osaka. 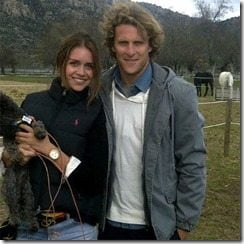 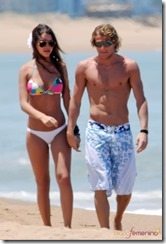 Diego dated Argentinian model/actress Zaira Nara in 2011, they got engaged in March, 2011, but they called off the wedding in June,, that same year, when Nara who is currently dating Argentine tennis player Juan Monaco, she just said Thank God I didn’t get married, Diego on the other hand gave the following statement..

“I realized it was not what I wanted. I asked her for time and she didn’t forgive me for it.”

Paz Cardoso is the name of the stunning Uruguayan woman who took Forlan to the altar, Paz and her footballer squad began dating in 2012, she was 22 at the time and a medicine student. Although Diego knew her brothers for years, they met at club where they are both are members and were introduced by mutual friends.

“We are members of the same club, the Carrasco Lawn Tennis. I knew her brothers, whom I have not much age difference. “Sole” is a year older than me, “Juanchi” is two years younger and “Javi” three junior. She is much younger, but her brothers and I always saw each other, we did a lot of the same things together.”

Paz Cardoso aka Mrs. Forlan, 24, was born in Montevideo the youngest of five children, she used to play hockey at her school, and graduated from the most exclusive school in the Uruguay, the British School. 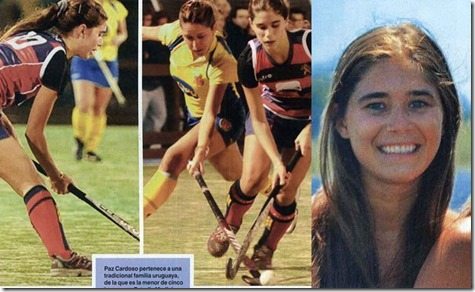 She continued her studies in Porto Alegre, Brazil when her hubby signed with Internacional, but she had to quit when they moved to Japan where Diego plays with Cerezo, Osaka in Japan. 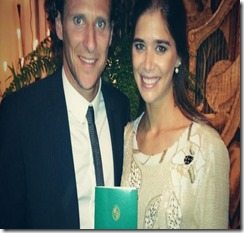 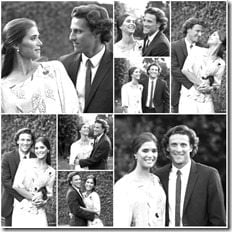 Paz and Diego celebrated their civil wedding last July, and their religious wedding took place at san Jose de la Montana in Uruguay on December 11, 2013, after the ceremony the newlyweds celebrated friends and family at Villa Domus. 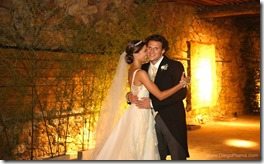 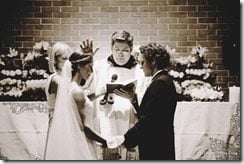 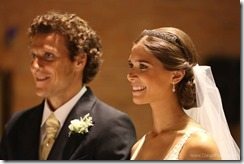 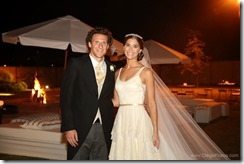 Is it known Forlan is a great cook, his wife shared his passion, Paz however has a sweet tooth, it was due to that that she created Sweet Devotions..

“Sweet Devotion is the result of my passion for patisserie. We use the finest ingredients to create pastries that will fill your belly and warm your heart”

“Love for patisserie has made cooking for family and friends one of my greatest hobbies.”

“Nowadays living far away from my country (Uruguay, South America) I’ve decided to share my sweet devotions with you and give you some options to sweeten special moments. Products are made with love, dedication and best quality ingredients.”