Sarah Marshall Ryan is the absolutely stunning, and exquisite wife of NFL player Matt Ryan, the quarterback for the Atlanta Falcons. Prior to his NFL draft selection in 2008, Matt played college football with the Boston Eagles football team at Boston College.

Sarah’s hubby was born on May 17, 1985, in Exton, Pennsylvania to Michael and Bernice Ryan. He graduated in 2003 from William Penn Charter School, in Philadelphia, Pennsylvania. He later enrolled at Boston College.

Subsequently, after four seasons with the Eagles, he declared to the 2004 NFL Draft; where he was selected in the first round (3rd overall pick) by the Atlanta Falcons.

Now check out the 10 facts about Matt’s wife Sarah

Sarah like her husband is an athlete; she was a fine one at Boston College, but we’ll get to that part in a moment.

He tricked me bad. We were on vacation, right around my birthday, and we had been dating for awhile, so you kind of get the feeling it could be coming. This trip, its my birthday, it could be this weekend. It was the day of my birthday and every moment was like, Is this going to be it? Is this going to be it? And then it doesn’t happen. Then that night, he said, So do you want your present? I totally think this is the ring.

This is happening. He gives me a little black box and it totally looks like a ring box and its earrings. He had that trick all planned out. It was totally off my radar screen then because the seasons about to start, so I thought it would probably be another year (before he proposed). Then were leaving, with all our bags packed and ready to go, and he said I have one more gift for you. He had the ring and said all the right things. But he tricked me at first. 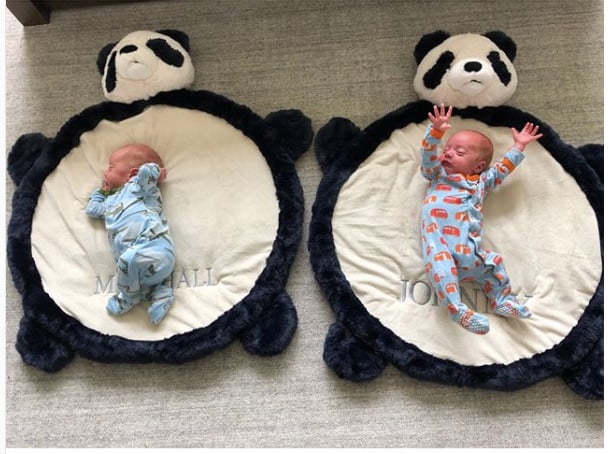