Meet Shabrika Bailey; she is the girl driving the car in which NFL player Trevone Boykin was a passenger in, Ms. Bailey lost control of the car, hitting four people on the sidewalk before smashing into a bar in Dallas; Ms. Bailey is also the girl  who accused Boykin of choking her and breaking her jaw. The Seahawks released Trevone after the accusations became public.

The charges against him are misdemeanor suspicion of possession and public intoxication. (arrest video below).

Shabrika was allegedly drunk at the time of the crash and subsequently, arrested on two counts of Intoxication Assault with a Vehicle – Serious Bodily Injury.

Boykin is a quarterback for the Seattle Seahawks; prior to the NFL, he played college football for the TCU Horned Frogs at Texas Christian University.

Trevone Boykin, the son of Nikita Boykin and Rodrick Smith; was born on August 22, 1993, in Mesquite, Texas. He attended Mesquite High. He committed to TCU in June 2010.

Trevone signed a  3-year deal, worth $1.6 million on April 30, 2016, with the Seattle Seahawks, who are probably feeling quite disappointed about his most recent arrest.

The Monday morning arrest in Dallas isn’t the first time Boykin gets in trouble.

A few years ago he got into a fight in a bar, threw some punches, hitting a patrol officer; to summarize it, booked and charged with assaulting a public servant, a third-degree felony, assigned a $5,000 bond, and suspended from the game. He also was charged with public intoxication and resisting arrest. 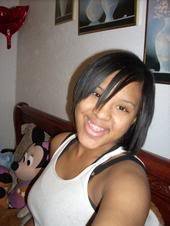 It isn’t sure if Trevone Boykin, and Shabrika Bailey are in a relationship or if they are just friends, at least they are on Facebook.

Shabrika Bailey was born on April 6, 1991, in Dallas, she currently resides in Mesquite, Texas. She said that in March 2018, Trevone demanded access to her cell phone, but she refused. This infuriated him and he responded by grabbing her by her neck until she blacked out.

Shabrika said that Boykin, dragged her to the bathroom and cleaned her up before driving her to the hospital; there they were separated for questioning. Ms. Bailey suffered a broken jaw.