Meet Natalie Ventress aka Natalie Deshe; she is the girlfriend of NFL player Trevone Boykin, the young quarterback for the Seattle Seahawks who also played college football for the TCU Horned Frogs at Texas Christian University. Boykin got himself into a bit of trouble in Texas as he was the passenger in the car driven by friend Shabrika Bailey, which struck pedestrians on May 27, 2017.

No doubt you already know all there is about Trevone’s career, right? Therefore, allow us to tell you what we know about his love interest. 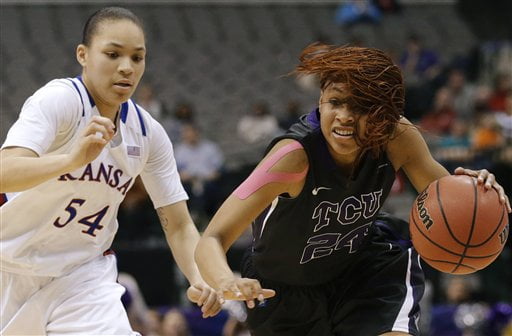 The first thing you need to know is that the lovely Natalie Ventress or Natalie Deshe’ her username on Instagram was a fine basketball player.

Natalie Deshe Ventress was born on August 12, 1993, in Fort Worth, Texas. She graduated in 2011, from North Crowley High School. In addition, to basketball, she also excelled in volleyball; ranked 91st nationally by ESPN/HoopGurlz and was the Star-Telegram’s Player of the Year her senior year.

5″10 Ventress became an incredible guard with the Horned Frogs at TCU from where she graduated in 2015. No team drafted her in the WNBA Draft; however, got the opportunity to play overseas. In 2016, played with the Residence de Walferdange in Luxemburg. Since 2016, Natalie has been working at TCU.