Meet Mrs. Suzette Ennis; this stunning lady is the proud mother of NBA player Tyler Ennis. Ennis was a point guard at Syracuse University, prior to signing a deal with the Phoenix Suns after being drafted in 2014. Nowadays, you’ll find him playing with the Houston Rockets.

The first thing you need to know is, that 6’3 Ennis was born on August 24, 1994, in Brampton, Ontario in Canada. He is one of seven children born to the lovely Suzette Ennis McIntyre and Mr. Tony McIntyre.

Suzette Ennis comes from a Jamaican heritage; her husband Tony helped with the creation of the Ontario’s CIA Bounce AAU program back in 2004, in addition to that he works as the Director of Basketball Operations at the Athlete Institute in Orangeville, Ontario 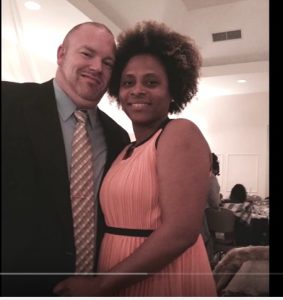 Furthermore, her eldest son Brandon Ennis, played basketball at District of Columbia. Her other, Dylan is a guard basketball player for the Oregon Ducks in the University of Oregon where he is also pursuing a graduate degree in conflict and dispute resolution. Dylan’s girlfriend, Megan Trinder, is an Aussie basketball player who also plays basketball at Oregon.

Suzette and her hubby met in school, don’t miss her in the video below!