Tara Sabourin is not Doug Baldwin’s wife, at least not yet, but she will be pretty soon. As all of you, dear readers know Tara’s man is the wide receiver for the Seattle Seahawks. Prior to the NFL Baldwin played college football at Stanford and Gulf Breeze High School before that.

But really, are you here to read about handsome Doug or check out the future Mrs. Baldwin? By all means, we love him but we love his girl even more!!

In the first place, let me say that Tara Sabourin was born Tara Kay Sabourin on December 14, 1989 in Renton, Washington.

27-year-old Tara graduated in 2010 from Bellevue College where she studied Health Professions and Related Clinical Sciences. In addition to that she holds an associate’s degree in marketing from Highline College and a bachelor’s degree in Management & Information Technology from Central Washington University.

She currently works an a data analyst for Atigeo in Bellevue, Washington.

We did some research, and found that picture perfect Tara is related to Bree Sabourin, probably her sister; Bree is married to Kevin Larr, Emmy Award winning director who is known for his work on the t.v series The Artist Toolbox, Sam & Bella and Official Best of Best to name a few.

If we are not mistaken, Tara has one more sibling, Jeffrey. Her dad Lamarr graduated in 1975 from Kentridge High School and is an employee at Boeing Company; her beautiful mom, must be a gorgeous lady named Diana. 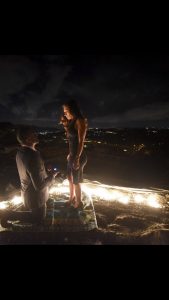 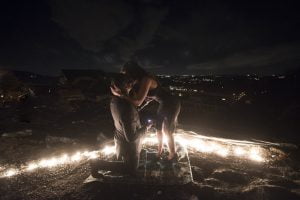 Before Tara started dating Doug, he dated Jennilyn DeJesus a former wide receiver for the San Diego Seduction of the LFL. Baldwin popped the question on Thursday March 3rd, 2016. They plan to get married on April 08, 2017