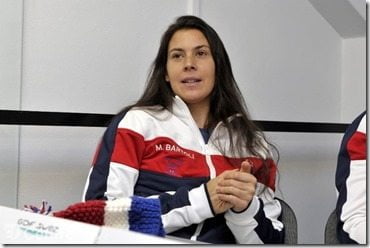 28-year-old French pro tennis player Marion Bartoli is on fire! She succeeded as the French 15th seed raced into the Wimbledon final with a 6-1, 6-2 demolition of Belgium’s Kirsten Flipkens today!  One of the favorites in WTA she is pulling it off  for sure! She’s got such a unique style, I doubt anyone could model their game on hers without having a coach similar to her father. 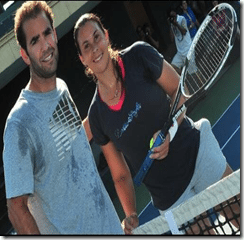 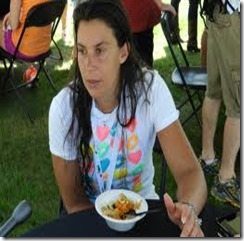 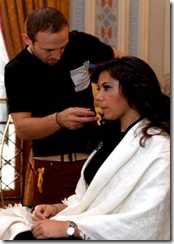 the current French no. 1 . She has won seven Women’s Tennis Association singles titles and three doubles titles. She was the runner-up at the 2007 Wimbledon Championships and a semi-finalist at the 2011 French Open. Do I need to say more?

The current relationship status of Marion Bartoli is not known, what we do know is that she loves all types of food preferably French cuisine which is understandable, is passionate about the sport and also is an artist during her spare time. She loves to paint and is actually pretty good at it, loves Bob Sinclair so she is an electronic music kind of gal which was actually what she was listening to just before her most recent match! Anybody interested? With only 6,901 followers on twitter she might not be your typical social network woman.

There are not many flattering photos of her, the French is more of an “all naturel” kind of look, but when she does decides to go all glammed up she looks absolutely stunning! Above we can see a picture where she has her hair and makeup done at the Oriflame Style Suite before the draw ceremony for the TEB BNP Paribas WTA Championships held at the Ciragan Palace on October 21, 2012 in Istanbul, Turkey.

Do you think we’ll see this right handed player and bachelorette with someone anytime soon? She currently resides in Geneva, Switzerland but was born in Le Puy en Velay, France in October 2, 1984. The proud owner of two cats, favorite sport to watch is soccer and her whole family plays tennis!

This year she advances to her second Wimbledon final, she next faces No. 23 Sabine Lisicki of Germany.

How do you see this going down??