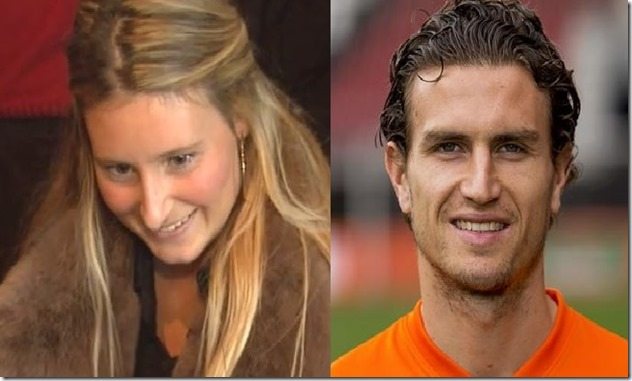 Meet Dutch blonde Yoshi, she is the long time girlfriend and baby mama of Dutch soccer player Daryl Janmaat’s children. Her boyfriend is a 24-year-old soccer player currently playing for Feyenoord and the Dutch national team, as aright back.

Her man and father of the couple’s children, was born Jul 22, 1989 so wissing the 2014 FIFA World Cup would be a great birthday present!

They are very private but according to sources online, the couple has been together since 2008; it is not known if they have managed to get to the altar but with two kids already, and his busy schedule it’s a one-in-a-million shot.

There is almost no info about her but certainly in Holland people know about her. However we do know a few things. 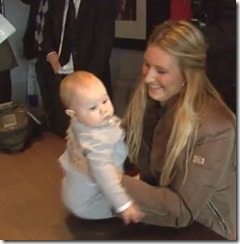 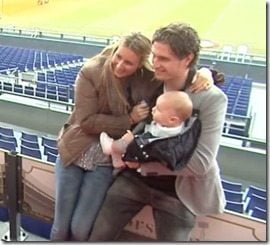 The young couple are proud parents to Xavi, Dani and have been together for the past six-years. The clean-looking blonde, with whom he lives in a house in The Hague with sea views sure knows how to keep the spotlight constantly focused on her man Daryl. It is said the couple wanted to have children at a young age and they are already well on the way to a good start. In 2012 Dani son was born, and earlier this year Xavi followed. They also have a large dog with a dangerous appearance, named Jack.

Chances are that the Janmaat family stay abroad in the future. Breadwinner Darryl captured at Feyenoord a spot in the Dutch national team. He spoke all the ambition to create a career, preferably in Germany. And Yoshi? Will probably follow faithfully.

Janmaat, a graduate of the Rotterdam club’s youth system who made his name with ADO Den Haag and Heerenveen before returning in 2012, has enjoyed a meteoric rise at international level. Despite only making his debut in September 2012, he quickly made the right-back slot his own and seems sure to be a key component of the Dutch defence that lines up at Brazil 2014.

Make sure not to miss Yoshi’s man on he semifinals!