Meet Sarah Sherman Taylor also known as Sarah Taylor, the Cincinnati Bengals’ First Lady after all she is the lovely wife of the Bengals head coach Zac Taylor, who previously worked with the Los Angeles Rams, Miami Dolphins, the University of Cincinnati, and Texas A&M. 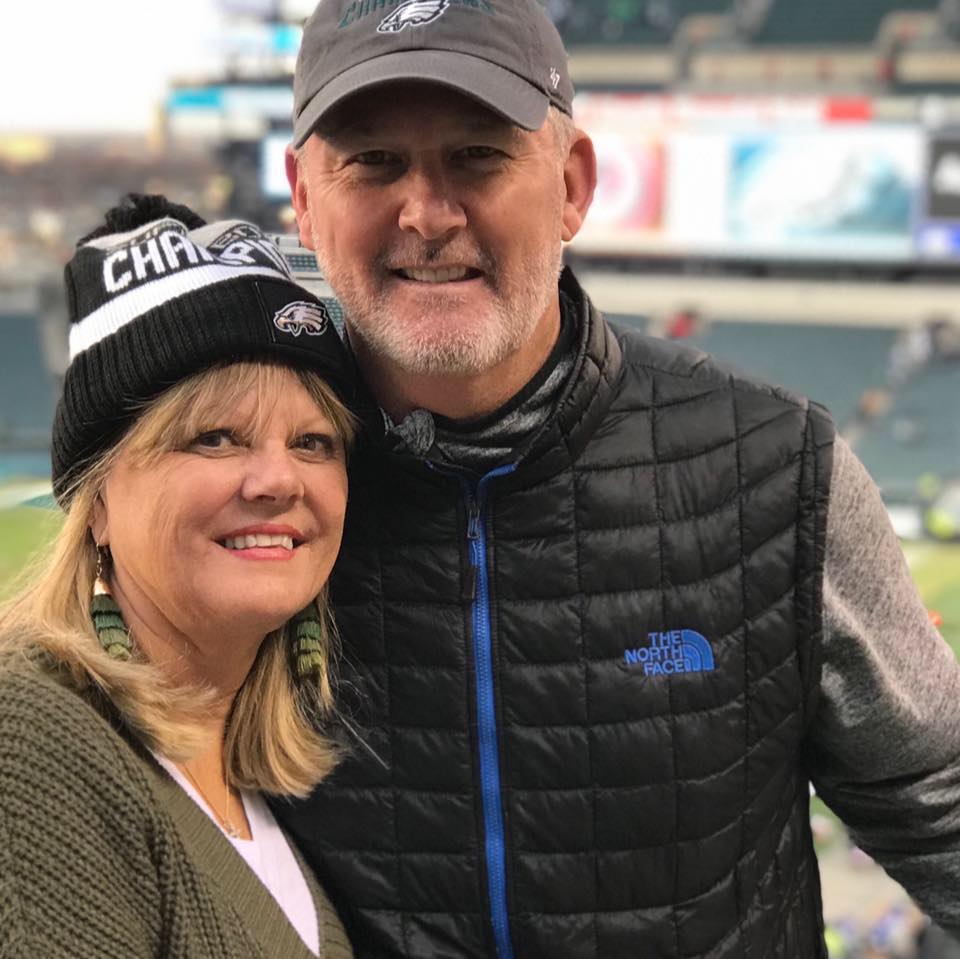 Zac Taylor was born Zachary Taylor on May 10, 1983, in Norman, Oklahoma; he is one of four children born to Julie and Sherwood Taylor, also proud parents to Zac’s younger sister Kathryn, a former swimmer with the Special Olympics in Oklahoma, Press and Quincy Taylor.

Sherwood Taylor (b. Jun. 21, 1967) played college football at OU from 1977 to 1979; he later was an assistant coach at OU and defensive backs coach at Kansas State, and board member for Special Olympics Oklahoma.

His mother Julie Taylor (nee. Burkett) was born on November 5, 1958; she attended school in Norman, Oklahoma, and later attended OU where she met her husband. 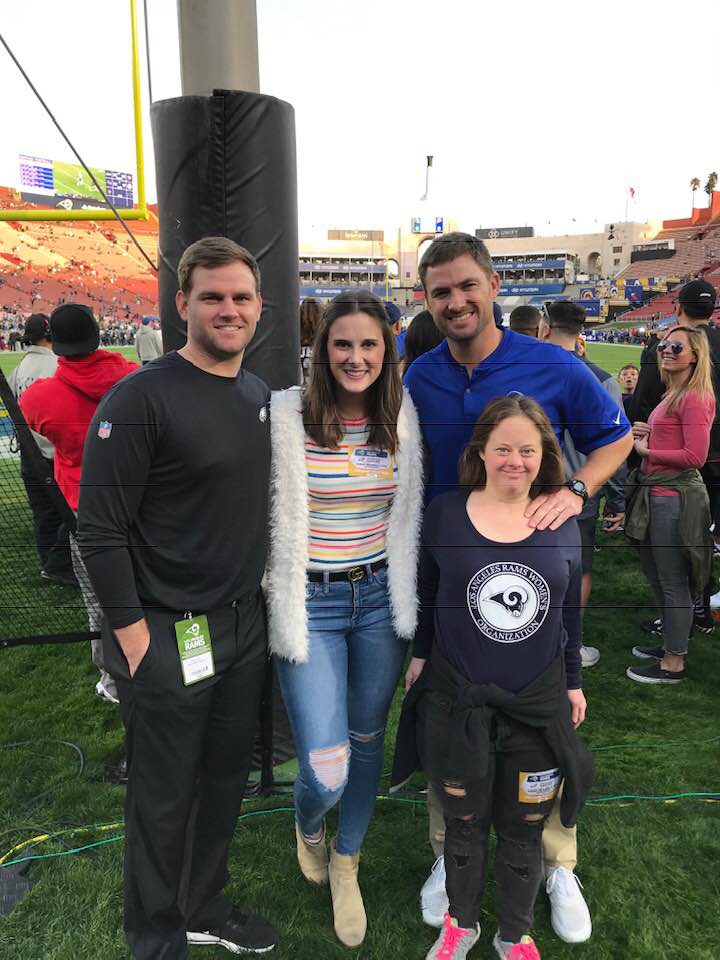 Coach Taylor has three siblings, sisters Kathryn and Quincy and younger brother Press Taylor, who like him is a coach in the NFL. 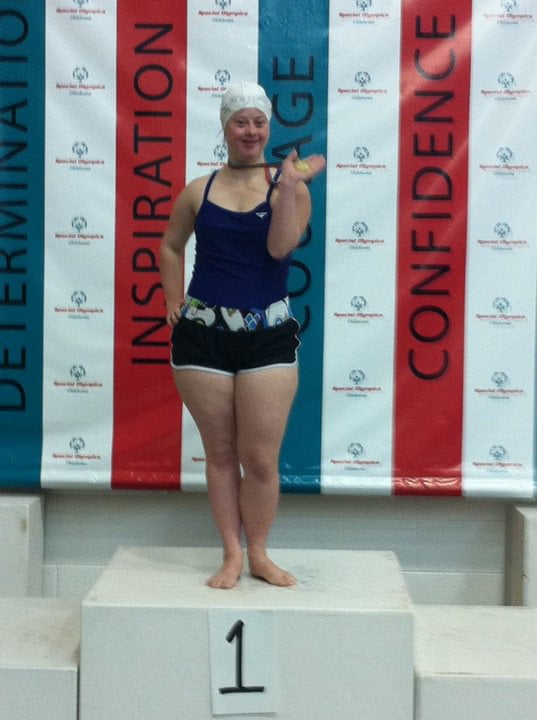 Julie and Sherwood Taylor welcomed their daughter Kathryn Taylor on March 26, 1985, a day after her birth doctors told them Kathryn had Down Syndrome, and she is an Olympic gold medalist, competing in the 25-meter backstroke, 25-meter freestyle, and the freestyle relay team.

“She could swim when she was little. Really little,” Julie said. “Always a natural in the water.”

“My dad calls me ‘The Dominator’ because I dominate,” Kathryn said, breaking into a huge smile.

Kathryn Taylor graduated from high school ( a year earlier), she goes to Norman High, but to help with other tasks, she has done other jobs around the town too, including at Hobby Lobby where she stock shelves. 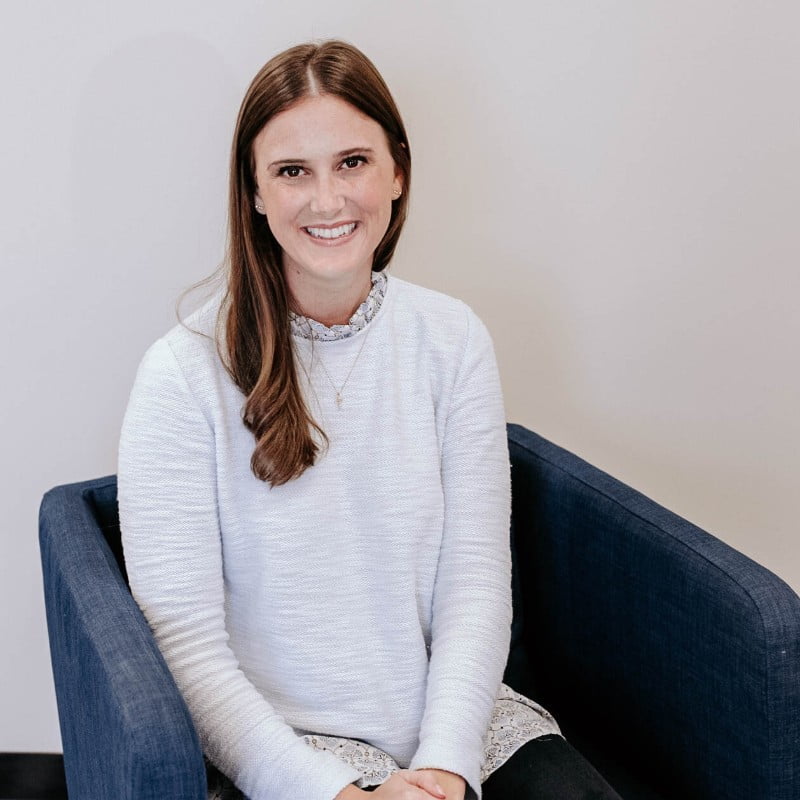 29-year-old Quincy Taylor was born on March 31, 1992, in Norman, Oklahoma. Quincy graduated in 2014, with a bachelor’s degree in journalism and public relations from the University of Oklahoma.

Quincy is the special projects director at the Oklahoma City National Memorial & Museum. She previously worked for three years at Habakkuk; before that, she was a consultant for Rodan + Fields Dermatologist, traveled to 11 countries in 11months as a missionary for Adventures in Mission in 2016, and 2017. 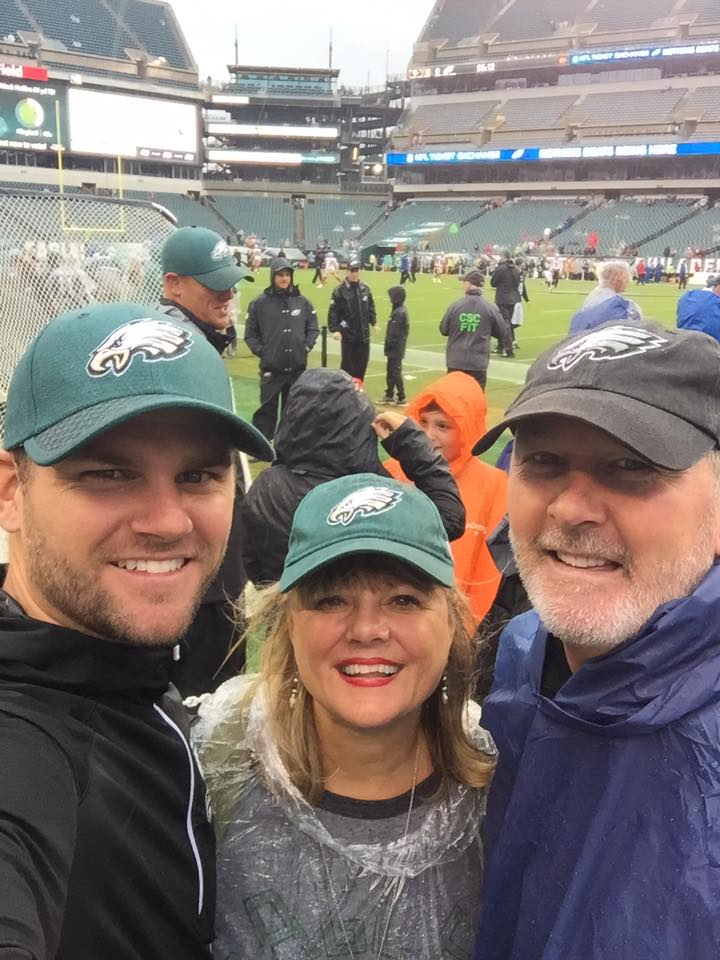 In 2011, Press Taylor joined Tulsa coaching staff as a QB coach and graduate assistant, in 2013 the Philadelphia Eagles announced they hired him as their offensive quality control coach, later appointed assistant quarterbacks coach in 2016 and quarterbacks coach in 2018, and Passing game coordinator in 2020, Press Taylor was in the Eagles Coaching staff when they won the Super Bowl LII.

On January 29, 2021, he signed with the Indianapolis Colts as their new senior offensive assistant. He is married to his college sweetheart Brooklyn Sheer, momma of his two daughters Teale and Carolina.

6’2 Zac Taylor played quarterback at the University of Nebraska from 2004 to 2006. Before that, he played at Butler Community College and Wake Forest University. He played just three games at Wake Forest and recorded 3,000 yards and 29 touchdowns at Butler.

His junior year at Nebraska, Taylor completed 237 of 430 passes for 2,653 yards, 19 touchdowns, and 12 interceptions in 12 games. Zac completed 233 of 391 for 3,197 yards, 26 touchdowns, eight interceptions in 14 games his senior year, where he was also named Big 12 Offensive Player of the Week, SI.com National Player of the Week,  Big 12 Commissioner’s Spring Academic Honor Roll. He was inducted into the 2017 Nebraska Football Hall of Fame.

Zac Taylor wasn’t drafted by any team during the 2007 NFL draft, he signed with the Tampa Bay Buccaneers, but they cut him off the team before he had the chance to get to the Buccaneers training camp.

” I was literally zipping up his bag to leave for Buccaneers training camp when the team called and informed me I’ve been cut. “I didn’t even know you could be cut before camp,” Taylor says.

That same year, he joined the Winnipeg Blue Bombers practice squad, he did not return to the CFL team the following season.

“I am happy and fortunate to join the Cincinnati Bengals as head coach,” Taylor said. “This is a great organization with good people and a rich history, and I am excited to get started. I am looking to add to that history by setting high standards, and holding everyone here accountable to those standards. There is a lot of work to do, and this is day one. We’re going to attack every day with enthusiasm to get this team ready to go.”

No details about the length of his contract or how much was it worth were disclosed; however, NBC Sports reported Zac Taylor has an annual salary of $4.5 million, and it is possible his contract ended in 2021, hence his contract may have been for two years and was with around $9 million. The Bengals owner Mike Brown, announced coach Taylor was coming back to Cincinnati for the 2021 season last January.

“Our fans wanted a fresh new direction two years ago, and that is what we aimed to do in hiring a bright, energetic head coach in Zac Taylor,” Bengals owner Mike Brown said in a statement issued Monday morning. “We remain bullish on the foundation Zac is building, and we look forward to next year giving our fans the winning results we all want. In Zac’s two years, we have added many new starters and contributors through the draft, we have invested heavily in free agency, and we have acquired a talented young quarterback with a bright future.

Sarah A. Sherman Taylor was born on May 18, 1983, in Green Bay. She is the eldest daughter of coach Sherman and his wife Karen, also proud parents to their other children, Emily, Matthew, Benjamin and Selena.

Sarah and Zac Taylor met in Nebraska in 2005, where he was attending college and she was a graduate assistant working in media relations.

“I remember the first time I saw her,” he says. “We were practicing on our soccer field at Nebraska. When practice ended, there was a girl in a yellow dress. She looked so much more mature, I figured she was probably 30 years old. I’m only 22. As the year went by, I learned we were the same age. I would run into her more often and I realized maybe I had a chance.”

They started dating not long after they met, but then came the hard part, meeting her dad.

The first time I met him, he was upstairs in his house,” Zac recalls. “He has his XOS coaches film set up there. I was as intimidated as can be. I figured, I can impress him by watching film with him. He runs a basic play back and forth and says something like, ‘What’s your landmark at Nebraska on this play?’ I say, ‘Oh, same as you [at Green Bay and Houston], the inside edge of the field numbers.’ I felt a panic at that point. And he says, ‘But aren’t your field numbers a little wider in college?’ At that moment I realized I had no idea what I was talking about. I didn’t say another word for 20 minutes. That was our first real conversation. He was throwing me a bone on something simple about football and I failed.”

Two years passed and Zac was ready to ask Sarah to marry him, but not before asking Mike Sherman for his daughter’s hand. At that time coach Sherman was head coach at Texas A&M, he knew as soon as he saw Zac what was coming.

“Zac flew to Houston right before he went to the NFL combine to formally ask Sherman for his daughter’s hand in marriage. Sherman, figuring that’s what was up, gave Zac a two-hour tour of the Texans’ facility just to make him sweat it out longer.”reported Sports Illustrated. 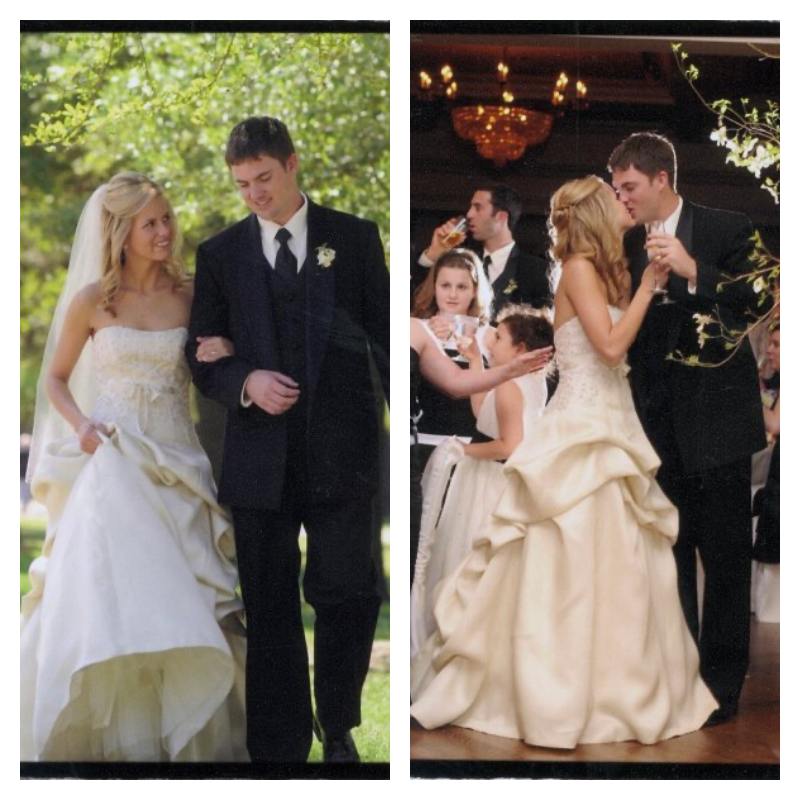 They got married at St. Anne’s Catholic Church in Houston, on April 5, 2008, the reception washeld at River Oak Country Club. 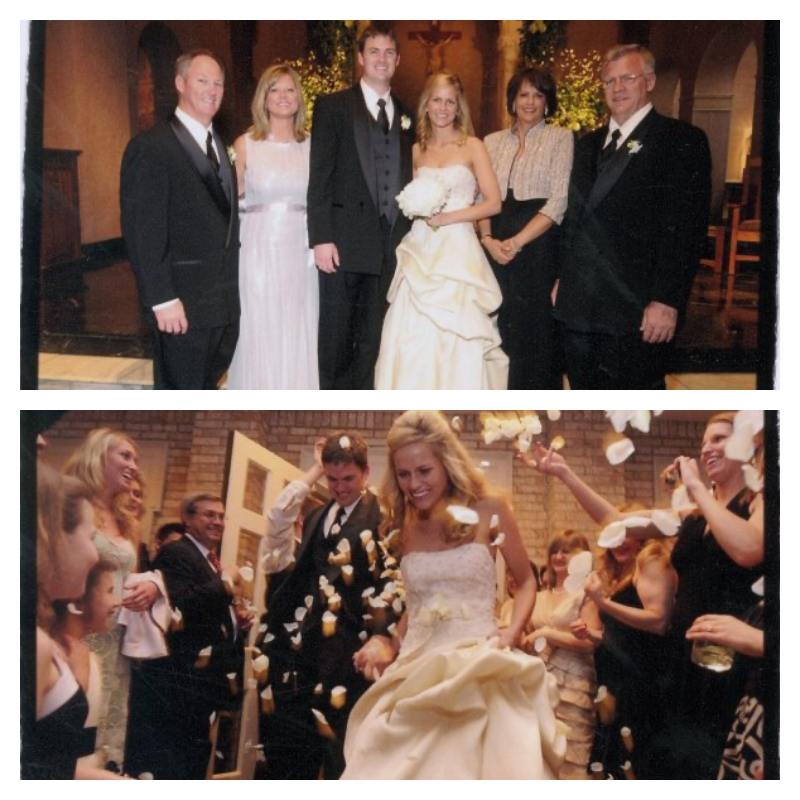 After they wedding they moved to College Station, where Zac worked as a graduated assistant for the Aggies under his father-in-law. 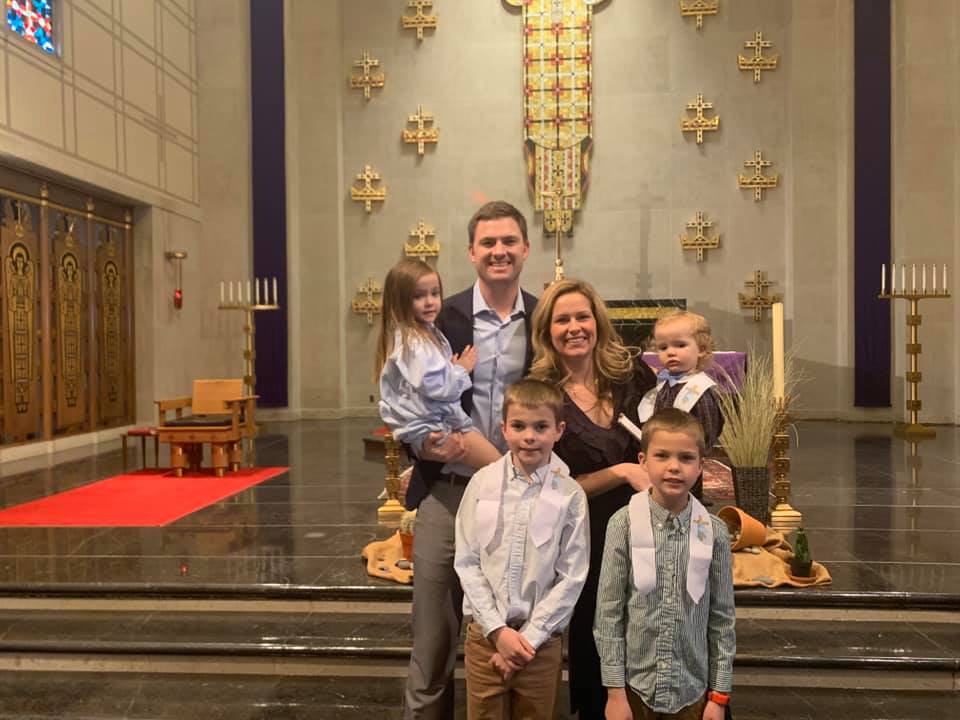