This handsome guy is Thomas Rogne; not only is Thomas a talented soccer player but he is the lucky man dating Norwegian soccer player Ada Hegerberg, Ballon d’Or winner and a striker for Olympique Lyonnais.

6’4″ Thomas is not only  Ada’s boyfriend, but he is also her soon-to-be husband; after two years dating, the lovely couple announced their engagement on Instagram on  June 16, 2018. 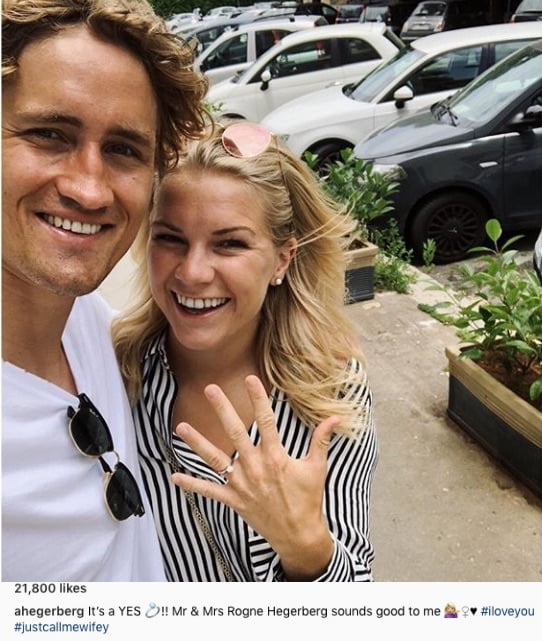 Rogne was born in Baerum, Norway, on June 29, 1990. He started his career with Lommendalen IL and later with Stabaek in 2007.

Thomas made his international debut with Norway U19 squad in 2009; his senior debut came further on February 29, 2012, during a friendly match against Northern Ireland.