Anna Scarponi is the wife of Italian cyclist Michele Scarponi. Michele, recently named Team Astana leader for the upcoming Giro d’Italia; when he was killed during a training ride in Filottrano, Italy, where he was hit by a truck dying instantly. He was 37.

Scarponi, was born on September 29, 1979, in Jesi, Italy. He first joined team Acqua e Sapone in 2002; the following year joined Domina Vacanze-Elitron, two years later moved to Liberty Seguros, before coming back to Acqua & Scapone in 2007.

Michele endured two tough times in his career, in November 2012, temporarily suspended by his team in November 2012 after he admitted performing tests with the doctor linked to an array of doping cases, Michele Ferrari; and before that in 2007, he found himself in the middle of the Operation Puerto doping case. 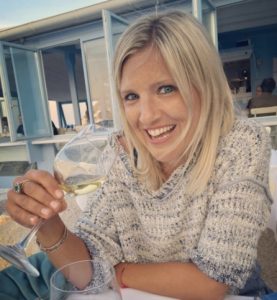 However, even though he in the middle of a mess in 2007, it was around that time he had already found his safe haven in a beautiful girl named Anna, sister of Federico Tomassi who competed with Michele and the person who introduced them

“I signed for Acqua & Sapone on February 20, and after Vuelta Murcia [fifth – ed.] and Tirreno-Adriatico [ninth] I am now here,” he continued after yesterday’s stage. He was part of an escape with Michael Rogers (T-Mobile) and Riccardo Riccò (Saunier Duval-Prodir), dropping them with 1600 metres to go and arriving solo for his first win of 2007.

“It was a difficult time,” reflecting on Operación Puerto. “I had thought to stop. The only good moment was when I married Anna, the most beautiful girl of the world. Then the storm passed and a period of calm returned; now there is sun.” 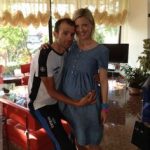 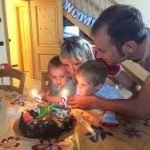