Meet Benjamin Sigouin; he is a Canadian tennis player and boyfriend or ex-boyfriend of fellow Canadian player Bianca Andreescu.

He studied at the Vancouver Learning Network High School, before enrolling at the University of North Carolina.

6’3″ Sigouin said that one of the things that made him chose to join the Tar Heels because they made him feel like home.

Felt like home. Unbelievable school and tennis program with an amazing history, and it’s the best for my tennis development.

Bianca and Benjamin were dating back in 2017; we don’t know if they are still together, however they made one good-looking couple.

Have you checked out MLB shortstop Jhonny Peralta’s wife? Her name is Molly and she has been around … END_OF_DOCUMENT_TOKEN_TO_BE_REPLACED 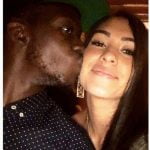 Jayne Caldwell Have you met Jayne Caldwell? This pretty gal is the girlfriend of NBA player Reggie … END_OF_DOCUMENT_TOKEN_TO_BE_REPLACED