Amanda Judd is the romantic partner of Aussie tennis player and two time Olympian, Casey Dellacqua. The pair has been together for a number of years, and are proud parents of two small children.

Born February 11, 1985; the Perth, Australia native turned pro in 2002 and is currently ranked number two in Australia. She made her Australian Open debut as a 17 year old in 2003. After a few developmental years, Dellacqua joined the world’s top 50 for the first time in 2008 after reaching the fourth round at the Australian Open and in Indian Wells, and third round appearances at Roland Garros and Wimbledon.

Dellacqua is an integral member of the Australian Fed Cup side and is an Olympic representative from Beijing 2008 and London 2012.

The West Australian has enjoyed great success on the women’s doubles tour, making the 2008 French Open final with Francesca Schiavone, and was a finalist with fellow Australian Ash Barty at the Australian Open, Wimbledon and US Open, all in 2013.

The multiple Grand Slam doubles finalist, has been ranked as high as world No. 3.

Dellacqua has two children with her 41-year-old partner, Amanda Judd. 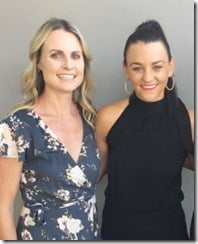 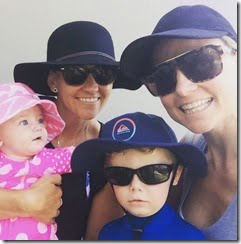 According to social media, Amanda Judd studied at Brigidine College Randwick in New South Wales, Australia and worked for the City of Sydney as a recreation officer. Amanda Judd has a twin sister named Kristy Judd.

The couple has faced their share of homophobia. Following the birth of their first child in 2013, Grand Slam title record-holder Margaret Court wrote a public letter lamenting that “this child has been deprived of his father. ..”

At the time both Casey and Amanda chose to ignore the hurtful comments.