Meet Chanel Williams Smith; the lovely wife of NFL player Torrey Smith a wide receiver currently playing with the Philadelphia Eagles. He also played with the San Francisco 49ers, as well as for the Baltimore Ravens, that was around 2011 when he was dating Chanel Williams.

In 2016, The Smiths announced they were expecting their first child together; Torrey opened up about the pregnancy scare on his blog 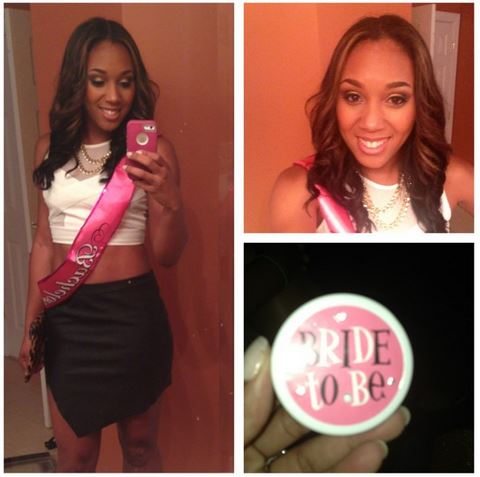 Ravens winning the Super Bowl was indeed one of the best moments of his life; he added one more on June 11th, when he and Chanel announced their engagement. 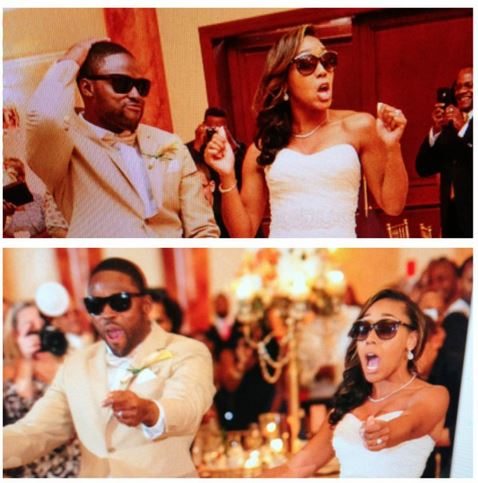 They were married in June 2013, another great moment, no doubt; but Chanel had something pretty awesome under her sleeve.  Oh yes! you guessed right they’re pregnant.

This fun couple made the announcement in the funniest way. They posed with a jar of Prego’s Pasta sauce.  They took a picture of themselves enjoying their dinner.

Between them was a jar of the sauce, but the jar had a message on it, “we’re prego’s”! 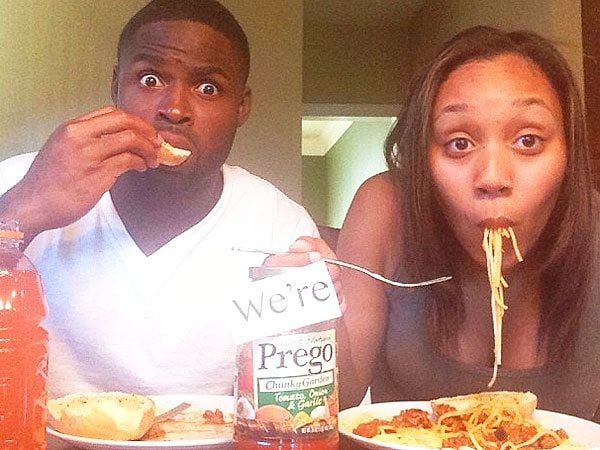 They posted it on Instagram to let their friends and family know the good news.  “Hahahha yep we’re pregnant,” Chanel confirmed, while Torrey tweeted the good news.

Having a baby is a blessing and a wonderful time for husband and wife, Torrey recently revealed the medical scare of Chanel’s pregnancy when Chanel received a phone call from her doctor telling her there was a chance their son could be born with Trisomy 18, or Edwards syndrome.

Trisomy 18, or Edwards syndrome is a chromosomal abnormality where a baby has three copies of chromosome 18. This causes many of the baby’s organs to develop in an abnormal way, in every 5,000 babies is born with trisomy 18, and most are female; many babies with trisomy 18 don’t survive past the second or third trimester of pregnancy and if they do they are born very small and frail and other physical and health problems such as severe development delay, low set ears, cleft palate, deformed feet, clenched fists with overlapping fingers that are hard to straighten, trouble feeding, chest deformity, weak cry, heart defects, small jaw and head, slowed growth, defects of the lungs, kidneys, and stomach/intestines.

Torrey wrote that after searching google for more info about Trisomy 18, he even considered terminating the pregnancy.

Chanel received a phone call from her doctor. I wasn’t really worried until I saw her facial expression and body language change. So I walked over to hear what she was talking about and I heard “1 in 25 chance of Trisomy.” I just assumed she was talking about Down Syndrome and my response was, “Ok, cool.” I was wrong. She was talking about Trisomy 18. I wasn’t familiar with it, so I began to Google it while she was explaining what it was all about. My heart dropped and my wife was in tears. I still had no worries because even though it’s high risk, I still viewed it as a 24-1 chance that he is fine.

The next day we were at the doctor’s office getting more tests done. We had the opportunity to get a new ultrasound and baby boy was moving and responding well to everything. I was excited. Then the doctor came back in and said a couple of things were abnormal and further testing needed to be done. After seeing what he saw, the odds increased to a 1-10 chance that our baby has Trisomy 18. The results wouldn’t be ready for another four days! For the first time I was actually nervous.

Search on the Internet or not?

The first thing you do as a concerned parent is Google everything. I later found out that it makes things worse. You start to think you are a doctor, and it increases your anxiety and level of uncertainty with each click.

I told my wife to stop looking up things. But any person who knows my wife on a personal level knows that she is a nervous wreck when it comes to stressful situations. She worries about EVERYTHING!

She was struggling handling it all at first, but later on it all changed. I noticed this strength about her that I had only seen one time before; the same strength she displayed throughout TJ’s birth process. She proved that she could handle anything. Suddenly we were able to talk about what we would do with this situation knowing that her life; as well as the baby’s, could be at risk.

It was easily the hardest conversation I’ve ever been a part of. What do you do? Do you go forward knowing the outcome will be a miscarriage or death shortly after birth all while putting your life in danger? Or do you terminate the pregnancy? Anyone who knows me knows how I feel about abortions. I think that it should only happen in extreme situations…not because a couple was negligent in practicing safe .

When I realized that, it hurt me to the core. I feared that I could lose both of them. I also didn’t know how she could handle carrying a baby for months knowing what the ultimate outcome would be. Being selfish in that way made me think the only thing we could do is terminate the pregnancy. She still wasn’t sure and I would respect her decision either way.

Calm After the Storm

Thankfully, we don’t have to make that decision because the results came back that he does not have Trisomy 18. It was the best phone call I/we have ever received.