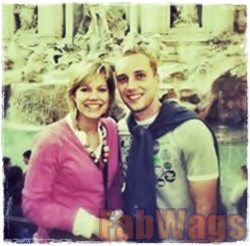 Let’s meet Belgian beauty Lauranne Dachouffe, the Western Europe gal is the girlfriend of Steve Darcis! You haven’t heard of him?? Well you will from this day on! Darcis who is a 29-year-old pro tennis player did the unimaginable. Dachouffe’s man just took down Rafael Nadal during the first round in Wimbledon! Becoming the first player ever to defeat Nadal in the first round of any grand slam. It seems is time for new faces in Tennis perhaps?? 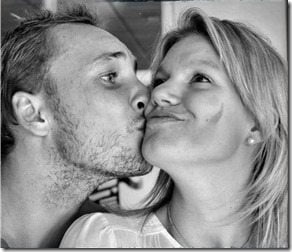 But we want to bring the spotlight to man of the hour’s love interest, Lauranne. She was born November 6, 1989 in Sprimont Belgium and attended High School of the Province of Liège. Don’t they look just adorable together???

The couple has been dating reportedly since 2011 but look as if they’ve been together for ages. The once ranked 87th in the ATP player and Lauranne enjoy holydays by the beach and both like outdoor activities such as fishing in the sea, golf, skiing and obviously tennis. 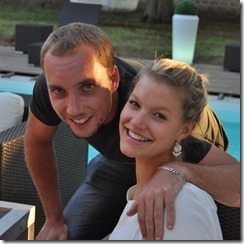 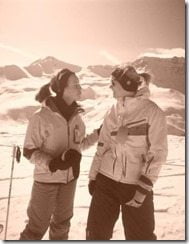 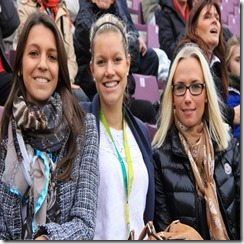 The 23-year-old has a great figure and one of her best assets seems to be her effortless smile; she seems to be very supportive of her man being, assisting to his every game to cheer for him. Lauranne is a nurse by profession and they share an apartment around Liège.

There is not much more information about her but we’ll sure keep an eye on them! In the meanwhile you can follow her on twitter here and check her out on Facebook here.

So my deepest apologies to all of Rafael Nadal’s fans out there but Lauranne’s man pulled a Wimbledon shocker! Defeating the seeded player Nadal, in straight sets! Almost like that famous movie with the same name “Wimbledon” with an underlying fairy tale as well!