As noted Anna Kane is still married to Evander Kane, but not only they are no longer together but they are in the center of what looks like an ugly mess. It all started when Anna Kane claimed Evander met on his own games and played poorly to benefit from gambling. Kane denies Anna’s allegations.

“I have NEVER gambled/bet on Hockey, NEVER gambled/bet on a Sharks game, NEVER gambled/bet on any of my games and NEVER thrown a hockey game,” Kane wrote on Twitter. “The facts are I personally had my best season of the my career last year and was the most consistent I’ve been throughout any season, I’m proud of that. I love the game of Hockey and would never do any of what was alleged. I look forward to cooperating fully with the league’s investigation, having my name cleared and looking forward to this upcoming season.”

Anna also claimed Evander spent money partying and all while he asked her to sell her wedding ring, so she could survive and buy formula for their daughter.

So you leave July 8th, you do not call or text at all for 7 days. Then you inform me you are going to Europe for a vacation, must be nice.”

“But at the same time, you tell me our house is being taken by the bank. But you do not come home to help your pregnant wife pack or help with anything at all, you have enough money to party and stay in hotels in Europe and go to dinners every night. But I can’t buy my daughter formula and you force me to sell my wedding ring to survive as you party every day every night, never calling your daughter and never asking not even one time how I’m doing myself.”

Evander who said Anna is mentally unwell also denied that.

“I love my daughter,” he wrote. “I will and always have taken care of my daughter in every way possible. I have always made sure her mother has had everything she’s needed and more. I have tried to de-escalate our divorce issues and be as civil and calm as anyone in this position could. I have tried to set up FaceTime calls but not every day as I would like to because of being restricted by her mom. She has refused me to see her and had unfortunately tried to use my daughter as leverage. I will continue to always take care of my family, that goes without question.” 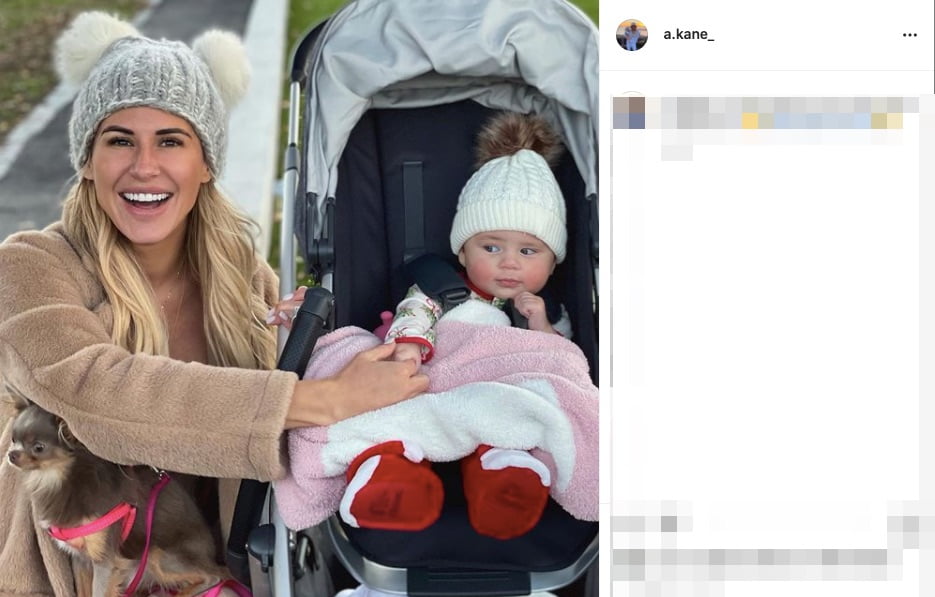 Anna Kane and Evander Kane are heading to a divorce and you can be pretty sure it’s not going to be an amicable one; Anna gave birth to their daughter Kensington on July 3, 2020. She suffered a miscarriage at 26 weeks on March 14, 2019, they named her baby daughter Eva.

“My family and I are heartbroken,” Kane said. “Words cannot express how excited we were to welcome our baby girl into the world and watch her grow. Eva, you have been the absolute biggest blessing of our lives and we are so grateful for all the joy you brought us in such a short amount of time.”

News about Evander being engaged was first reported in September 2018; It was clear Evander and Anna were married a month later when he was seen wearing a wedding band. Anna recently said that Evander was back together with his ex-girlfriend Mara Teigen. 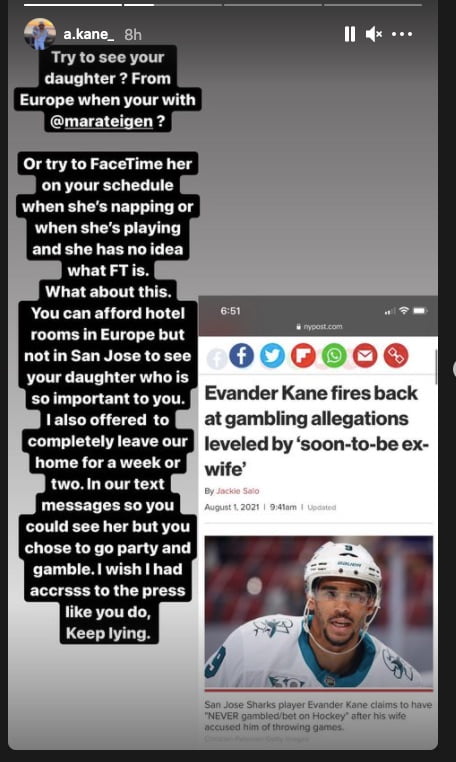 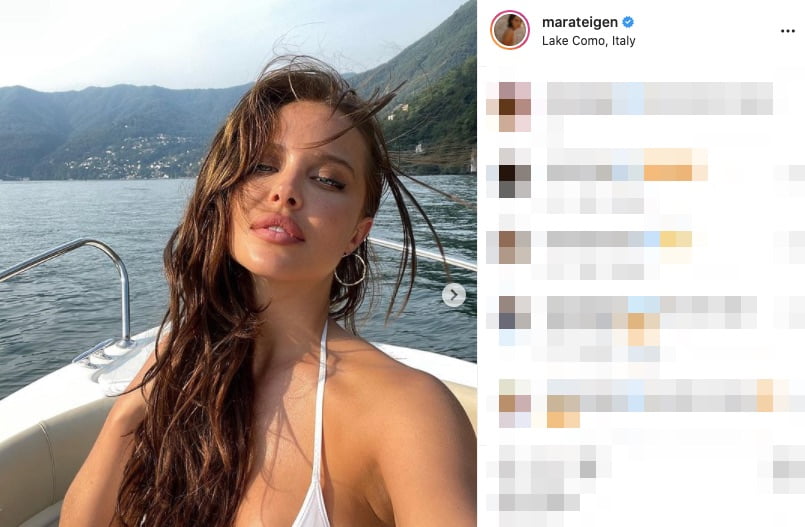 Mara and Evander first dated back in 2015. If Anna Kane’s allegations are true then this stunning brunette is back in Evander Kane’s life. This is what we can tell you about Anna Teigen.

Gorgeous Mara Teigen is the model girlfriend of 24-year-old NHL player Evander Kane. The couple is making headlines after it has been reported they could be back together!

In true romantic fashion, Evander allegedly rented the billboard above 1 OAK in West Hollywood over the weekend and dedicated some words for the Wilhelmina model. Kane made sure the message was delivered to her …and to anyone else driving the Sunset Strip! The Buffalo Sabres forward, told his girl he had a surprise for her, and boy, the 20-year-old model was surprised!

Mara told TMZ, after the giant billboard stunt –which read “Mara Teigen from Wilhelmina Models Love Evander” –she was flattered. She also said Kane is a good guy and they are “working things out.” Is good to be Evander Kane! 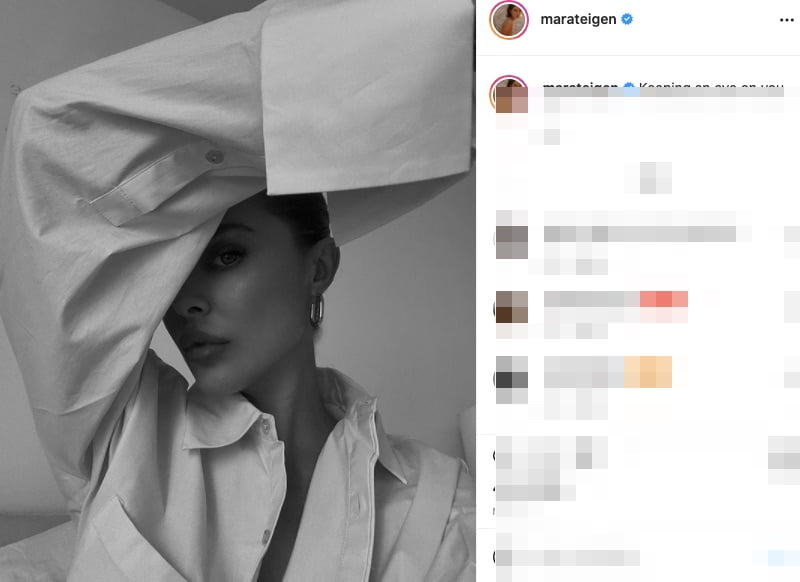 Born in 1994 and standing at 5’7″ with big blue eyes and a perma-pout, the sassy gal came to the radar in 2014. Since then she has gained quite the audience on Instagram. In January she was named “Instagram Girl of the Week: Mara Teigen” by Maxim.com

She is managed by Wilhelmina models in Los Angeles. The blonde is also a curator for Shop Catalog, where she describes herself as “Girly girl who wears all black.”

Besides gracing magazine covers and glamming up for the camera lens, Teigen also makes a small appearance in a music video titled “Let’s get Ratchet.”