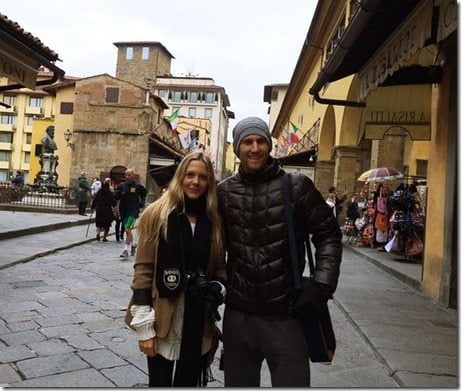 Meet Argentine Flor (Flower in English) Urdangarín, the blonde girlfriend of Argentine footballer Federico Fernandez. Her 25-year-old man currently plays for SSC Napoli and the Argentina national football team. The couple has been dating at least for the past year.

according to her Facebook profile, Flor is a student at Universidad Católica Argentina (UCA) or Catholic University of Argentina, located in Buenos Aires, the country’s capital city. She is originally from Pinamar, Argentina and she has one sister, Lula Urdangarin. 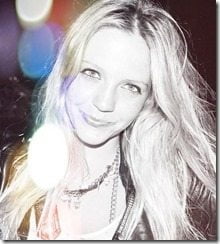 It is not clear when the couple started dating or how they met. Flor has posted pictures of the couple on her visits to Italy so there is the possibility she still lives in Argentina. The couple likes to travel quite a bit, their romantic getaways include: Pompei, Brazil, Uruguay and of course their native country. 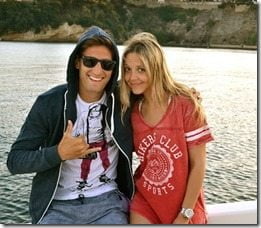 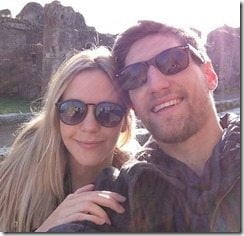 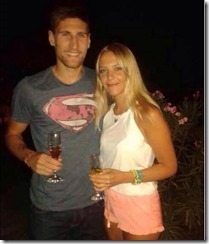 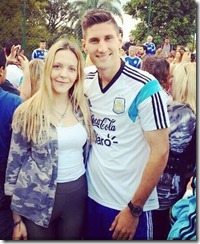 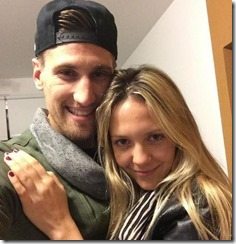 Their relationship seems very serious or at least getting there. A clearly in-love Federico seems to be a very sweet kind of guy, he has the time to make little nice comments to his chick on social media including his Instagram, Twitter and his Facebook cover photo is a clear statement of his feelings for the blonde young girl. On a picture of the long haired blonde he commented saying

Flor also lets the number 17 t-shirt centre-half know how much she misses him when he is away for his footbolistic duties. 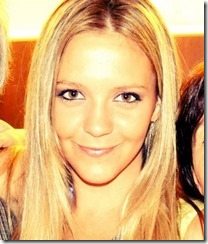 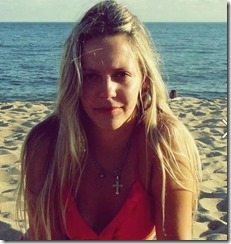 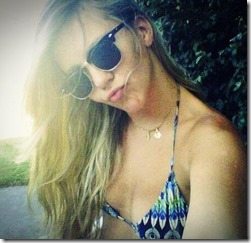 Flor is currently in Brazil cheering for her country and for her boyfriend.

Nicknamed “Flaco,” Fernandez is described as a physically imposing, uncompromising centre-half able to get the better of opponents on the ground and in the air, Federico is seen by coach Alejandro Sabella as one of his most promising options in his revamp of the Albiceleste backline.

Fernandez made his debut there in 2008 and finished runners-up at the FIFA Club World Cup UAE 2009, he was a central plank in the Pincharrata line-up by the time they won the 2010 Torneo Clausura 2010.

Want to see more of his pretty girlfriend? Find her on Twitter here and on Facebook here.