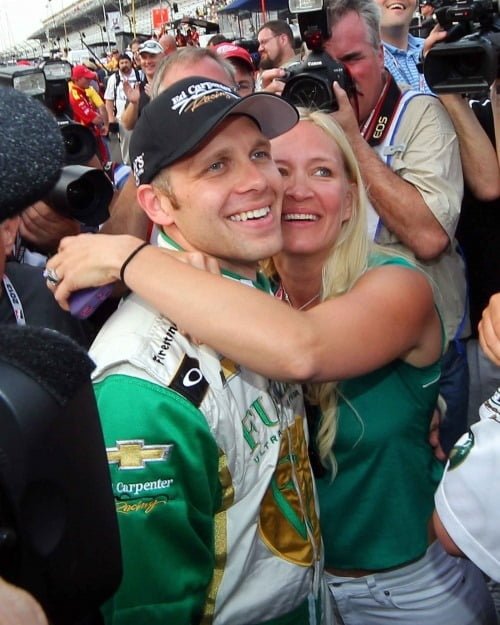 Ed Carpenter scored the 500 Indy pole position and certainly his beautiful family was there to celebrate with him, wife Heather Carpenter and their adorable children.

32-year-old Ed Carpenter was born in Paris, Illinois but he also considered Indiana his hometown, after all he has been living there since he was eight; as for his beautiful wife Heather Carpenter from Anderson, Texas.

Heather graduated from Anderson High School and from Purdue University in west Lafayette, IN in 2002. Ed and Heather went on their first date on May 15, 2003..

Heather Carpenter and her hubby got married on November 8, 2005, they have three children together Makenna, 5, Ryder, 3, and Cruz, 4 months. Mrs. Carpenter and her family reside in Indianapolis where she is president of the Indy Family Foundation, which puts on the Festival on Main to raise money to support racing families in a crisis, plus takes care of  her job as a real state agent with Encore Sotheby’s International Realty.