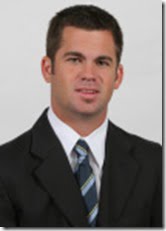 Now this is something you don’t hear as much! Get this famous tennis player Jennifer is being accused of punching ex-beau Ivan Brannan! Wow is that her way to say “I want you back” Let’s read more about him

Already a pro at 16, winner of two Australian opens and one French open seems not to be enough to be famous for all the good deeds and hard work anymore!

The 36 year old tennis player is being sought by the North Palm Beach police can you believe she is being accused of battering and stalking! Yup not your ordinary case where the woman is the victim, no sir, not this time!

The champ is apparently involved in an incident that took place on Valentines’ day where she “ran into” her ex who happens to be the victim! The hall of famer Capriati allegedly hit ex-boyfriend Ivan Brennan’s chest with her fist several times! Well it was Vday,maybe is enough to awake an ex lovers rage!

What did Brennan do, the poor guy actually ran into the locker room for cover and called 911! Are you getting an idea why thing didn’t work out?? Because I am! And now Jennifer has to respond over this, worst part is a yoga instructor saw the whole thing!! oh oh!

Well I actually give props to Brannan, are you man out there taking notes?? This is what real, smart men do.Whenever a crazy gal takes a swing to you, run and hide but never hit back!

But what is the deal with him?? Ivan Brannan was born on June 16 1984, he is the son of Ivan and Cissy Brannan; he has a sister named Haley and a brother Chase Walker who is a member of the Seminole football team.

Ivan graduated from Arnold High School in 2003 and attended Louisiana State University where e established a name for himself as a golfer becoming a member of the Seminoles’ men’s golf team. He made his collegiate debut at the SunTrust Gator Invitational in the Spring of 2004 helping the Tigers to a ninth place in the event.

Sure looks like the 5-10 tall averaged 75.33 strokes in three rounds during one tournament…I see what the two athletes could have in common but hunk Brannan doesn’t seem to be willing to give his ex another chance! What do you think??