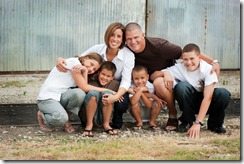 Wise men say a man can change, God got His mysterious ways..and this is what happened to Jon Kitna once he met his soon to be bride back then: Jennifer Kitna.

Jon dated  Jennifer, for a year and a half, and they’d just had a spat at his apartment. Jennifer stormed out, and a not too long, another chick showed up at Jon’s flat.  Some hours passed, Jon and the other girl went to bed with Jon!

That’s when Jennifer came back. She walked through Jon’s door … and caught both in bed. The other girl left. Jennifer stayed, and she and Jon had a serious conversation.

Jon was honest with her and couldn’t understand why he kept doing all these non sense. He was the star quarterback for the college football team. He had amazing pals, a perfect family, a gorgeous  girlfriend…

Jon Kitna met his wife Jeni Kitna at Central Washington University. They were married August 13, 1994. Together, they have three children, Jordan, Jalen and Jada. They are also the legal guardians of two cousins, Caleb and Casey. Jeni Kitna worked as a teacher immediately following school and during Jon’s short stint out of USA in the World League.  Jennifer and her husband had a dream: teaching and coaching.  Jennifer and his brother’s wife take care of details like making meals for the team during training camp since they think the players will otherwise not eat. Since the school had not enough cash for stuff like uniforms and equipment they took over the booster club and website and set up a 501(c)(3) and began soliciting donations.Since then, Jon and Jeni Kitna have founded the Jon and Jennifer Kitna Eternal Blessings Foundation which supports various Christian ministries.