Jenson Button’s and longtime girlfriend,  Jessica Celeste Michibata, 28, was born Jessica Celeste Gonzalez Almada on October 21, 1984, in Fukui Prefecture, Japan to Annibal and Tomiko Michibata. Annibal left her and her sisters at an early age, Jessica took her mom’s name and as far as we know never saw he dad again.

Jessica got her exotic looks because she is half Japanese and half Argentine and so does her pretty siblings, older sister  Linda Karen, 34, and a younger sister  Angelica Patricia, 27, who like her are fashion models. Michibata used to be the spokesmodel for the lingerie brand Peach John.

Standing at 5’8″ and with the perfect body proportions 85-59-88; Jessica has been spokesmodel for Peach John, Aquarius Vitamin Guard Coca-Cola, LUX, Pure Gumi Kanro, NEC 821N GLA SoftBank, and Center-In Unicharm, plus has been in the ads for Reebok, Seiko, L’Oreal, Tag Heuer and certainly  her first modeling job was for Uniqlo, a Japanese clothing brand she start modeling at the age of 13. Michibata has been featured in music videos for Teriyaki Boyz’s Zock On and Sold Out for Iruka.

Jessica has been dating Button since 2009; before dating Michibata Button dated model and singer  Louise Griffiths until 2005, Flee or Florence Brunedell Bruce 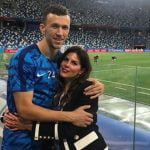 Josipa Perisic This lady is Josipa Perisic; she is the incredible wife of Ivan Perisic, the 6'2" … END_OF_DOCUMENT_TOKEN_TO_BE_REPLACED 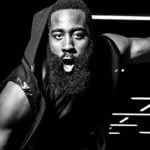 Gail Golden This pretty lady is Gail Golden; according to recent reports she is the new girlfriend … END_OF_DOCUMENT_TOKEN_TO_BE_REPLACED