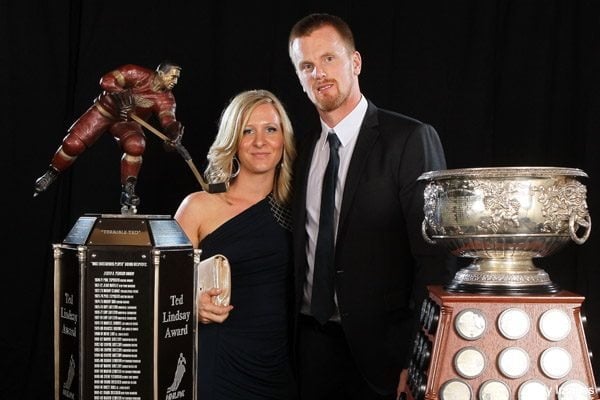 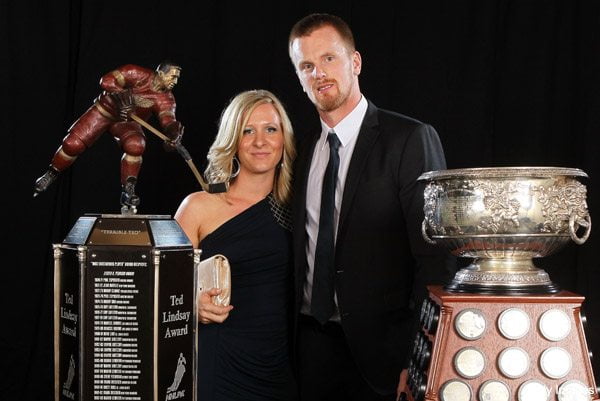 Johanna Sedin is the NHL WAG and wife of Henrik Sedin. He is the Swedish ice hockey player with the Vancouver Canucks and captain of Sweden National Team.

Johanna’s hubby was born September 26, 1980 in Örnsköldsvik, Sweden. He is one of four children born to Tommy and Tora Sendin, also proud parents of Henrik’s older brothers Peter, Stephan and his identical twin brother Daniel, who also played with the Vancouver Canucks.

The Sedin twins were 16 when they joined Modo Hockey team in 1997; after three years with Modo he and brother Daniel moved to the US.

Henrik and Daniel were selected in the first round at the 1999 NHL Draft by the Vancouver Canucks, 3rd and 2nd overall picks respectively.

Sedin’s longtime girlfriend Johanna welcomed their son Valter in 2006, the next summer in 2007 in their natal Sweden the lovely couple tied the knot.

Johanna and Henrik welcomed second son Harry in 2010. Both Johanna and Marinette Sedin wife of Daniel Sedin, are highly involved in their husbands’ foundation The Sedin Foundation.