Meet Mrs. Sammy Schuster; she is the beautiful and amazing mother of NFL player JuJu Smith-Schuster. Her 6’1″  is a wide receiver currently playing with the Pittsburgh Steelers.

He subsequently attended the University of Southern California; initially, Juju decided he would attend Oregon.

The Pittsburgh Steelers selected him in the second round (62nd overall) during the 2017 NFL draft. He made his debut with the Steelers against. the Cleveland Browns on September 10, 2017.

In the summer of 2015, Juju decided to changed his last name from Smith to Smith-Schuster in honor of his stepfather Lawrence Schuster, who has been not only like his biological father but also his hero. 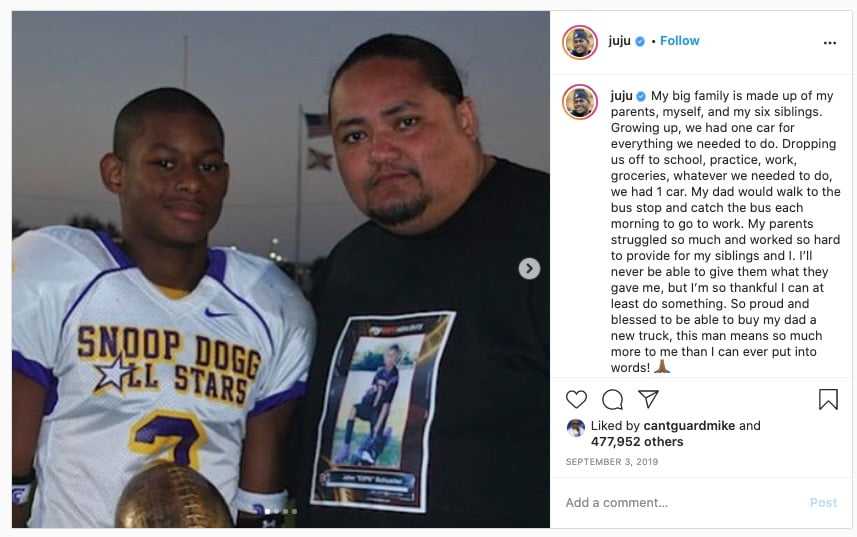 Sammy Toa Schuster, separated from Juju’s dad Lee Smith when he and his older siter So’omalo Smith (now 25 years old) where children; she met her husband Lawrence when Juju was four. 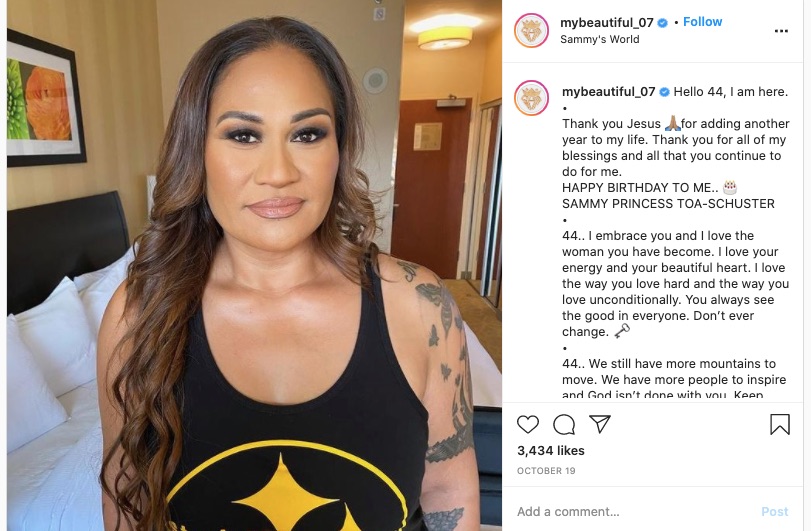 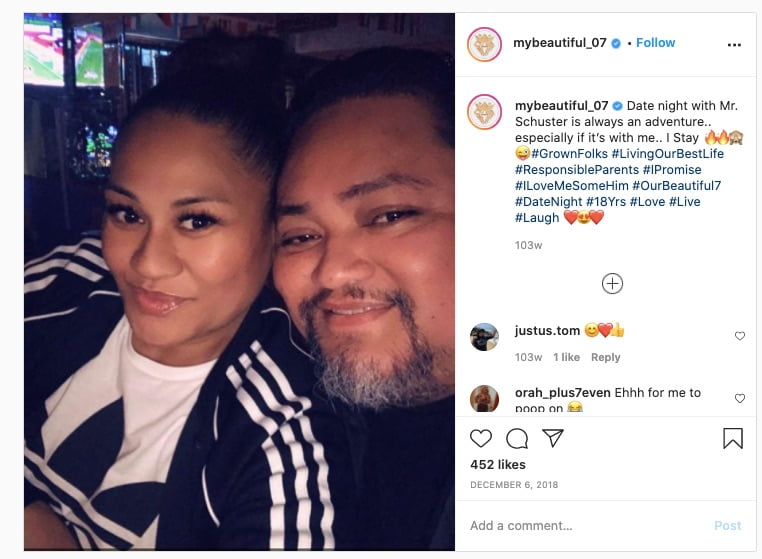 “We have a close relationship,” said Sammy. “I want to say I am like that with all of my kids, it’s just a different relationship with each of them. We are very close. He is very open and honest with me, which sometimes I like and sometimes I don’t. Sometimes he gives me too much information. That is the innocence in him. That is something I cherish now because I know once he gets a little bit older, I don’t know if it’s ever going to go away. I don’t want it to go away. 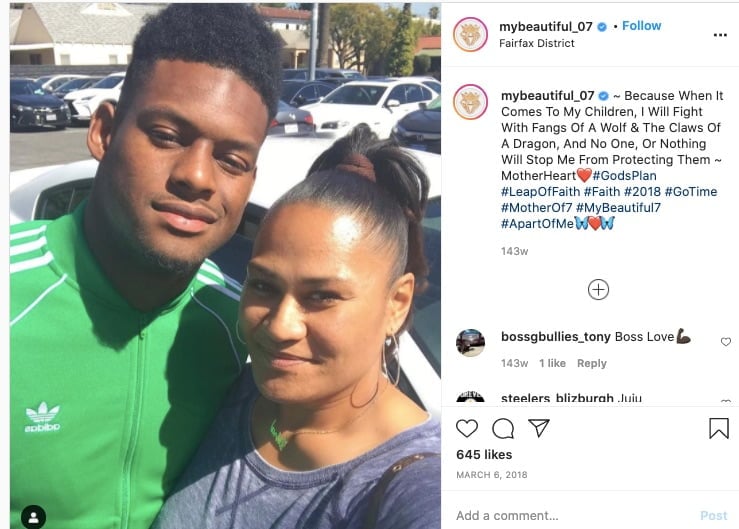 “She is the person I can always go to, talk to about personal stuff on and off the field,” said JuJu. “She has always been the heart of our family. I try not to use her too much now because she has the other kids back home who are a lot younger and need that attention. 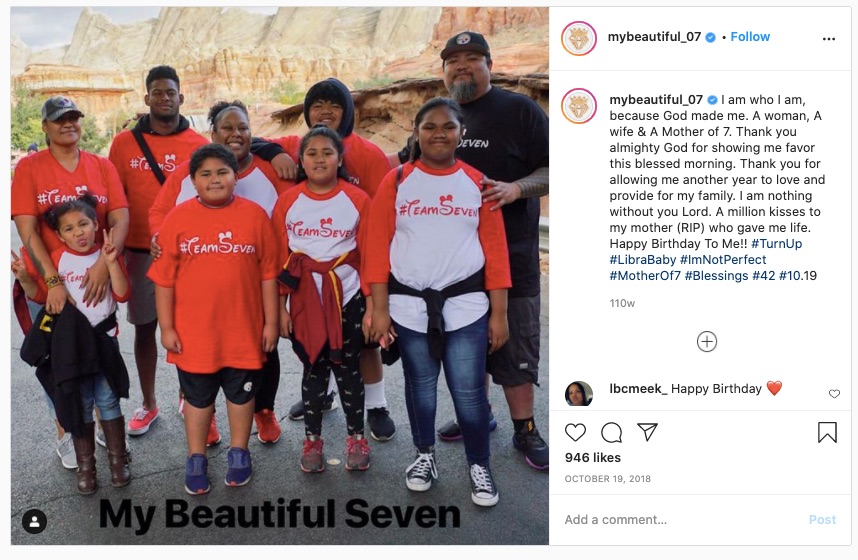 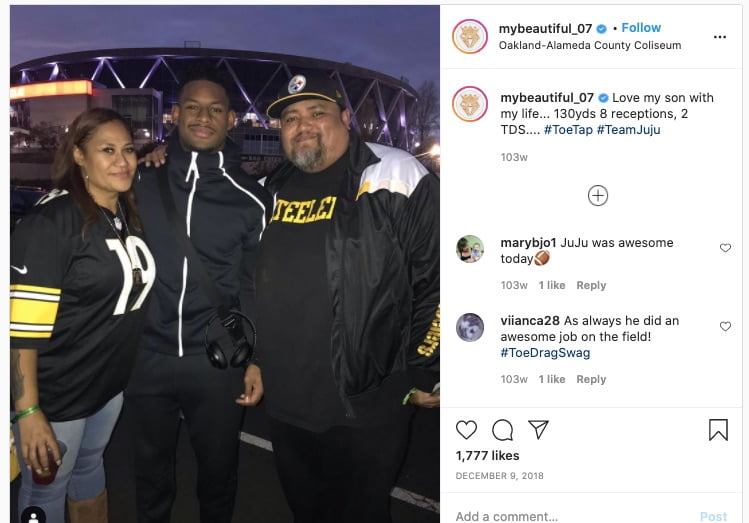 She is a secretary and treasurer at Juju’s foundation the Juju Foundation, which he established in 2019.