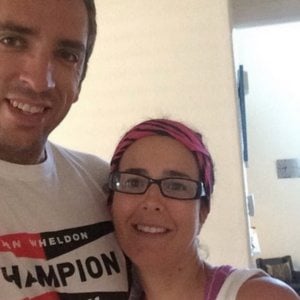 Julia Wilson rushed to her husband’s side after he was involved in a horrific car crash at Pocono Raceway. Justin Wilson sustained a head injury after he was hit by a large piece of debris that broke off Sage Karam’s car, he passed away Monday, August 24, 2015 a day after the crash.

Julia Wilson was en route to Pennsylvania from their home in Colorado, while his younger brother, Stefan, also an IndyCar driver, was traveling from Indianapolis, when she found out about the tragedy. According to reports Tony Stewart gave Julia Wilson and her family use of his private plane so they could get to Lehigh Valley Health Networth Cedar Crest Hospital where Justin was airlifted to and was in a coma until he succumbed to his injuries the following day. His family released the following statement.

With deep sadness, the parents of Justin Wilson, Keith and Lynne, his wife Julia, and his brother Stefan share the news that Justin passed away today after succumbing to injuries suffered during the Verizon IndyCar event at Pocono Raceway on Sunday, August 23.

Justin was a loving father and devoted husband, as well as a highly competitive racing driver who was respected by his peers.

The family would like to thank the staff at the Lehigh Valley Health Network Cedar Crest Hospital,  Pocono Raceway, Andretti Autosport, and the Verizon IndyCar Series as well as the entire racing community for the amazing outpouring of support from fans around the world.

The family has requested that in lieu of flowers, donations be made to the Wilson Children’s Fund care of INDYCAR.

37-year-old Justin Wilson, a native of Sheffield, England started racing in the IndyCar Series with Newman/ Haas/ Lanigan Racing in 2008, in 2010 joined Dreyer & Reinhold Racing and currently drives the No. 25 Honda for Andretti Autosport.

Wilson competed in Formula One with Minardi in 2003 the then with Jaguar, the following year he joined Mi-Jack Conquest Racing at the Champ Car World Series, moving to RuSports Team in 2005.

On December 29, 2006 Justin Wilson started the most important phase of his life by getting married his longtime girlfriend Julia in Sheffield, England. Justin and Julia Wilson are the proud parents of two adorable and beautiful girls, their eldest princess Jane Louise Wilson, was born on April 12, 2008 in Lafayette, Colorado, and little Jessica Lynne Wilson was born on January 12, 2010. They lived between England and Colorado.

Fabwags would like to express our sincere condolences to Justin Wilson’s wife Julia Wilson, his young daughters, parents, brother, other members of his family, friends and fans; we are praying for strength and comfort for you all at this time of sorrow. 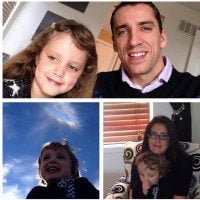 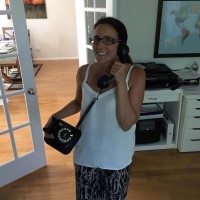 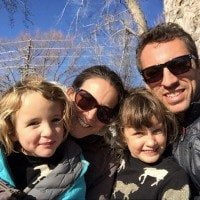 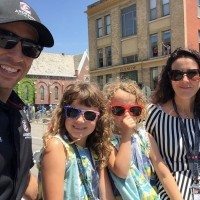 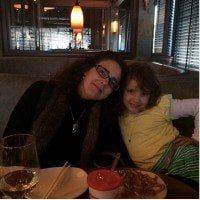 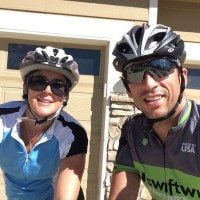