Have you met Eleslie Dietzsch? This beautiful young lady is the girlfriend or perhaps ex-girlfriend of MMA fighter Kamaru Usman. These two are the proud parents of their adorable daughter Samirah.

6’0″ Kamaru Usman born in Auchi, Nigeria is one of the children of a Nigerian Army veteran who relocated with his family when Kumaru was 8.

Prior to the UFC, Kamaru wrestled at William Penn University and subsequently ar the University of Nebraska at Kearney.

Made his professional debut in 2012 and joined the Ultimate Fighter three years later. He won his first fight against Hayder Hassan at The Ultimate Fighter: American Top Team vs. Blackzilians Finale on July 12, 2015.

Usman joined the UFC in December 2015; faced and defeated Leon Edwards at UFC on Fox 17. Thus far, Kamaru Usman holds an undefeated record of 11 wins, 2 by KO, 1 by submission, and 8 by unanimous decision. 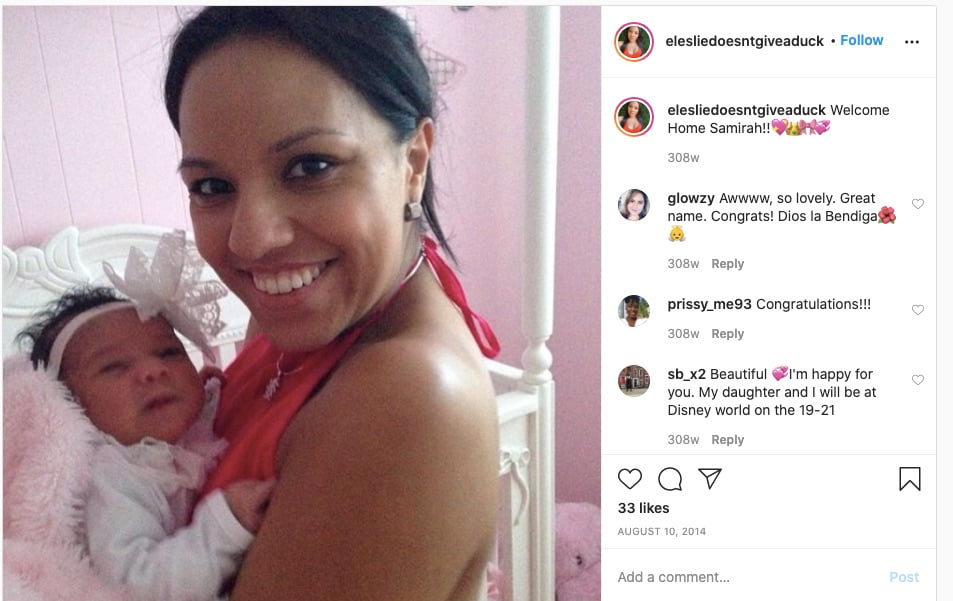 As noted, Usman and his better half Eleslie Dietzsch have one beautiful daughter together,  Samirah born in August 2014.

It looks like the lovely Eleslie born on November 22, 1986, is originally from Curitiba, Brazil. She is one of the children born to Eunice and Jose Dietzsch.  Furthermore, Eleslie lives in Florida.