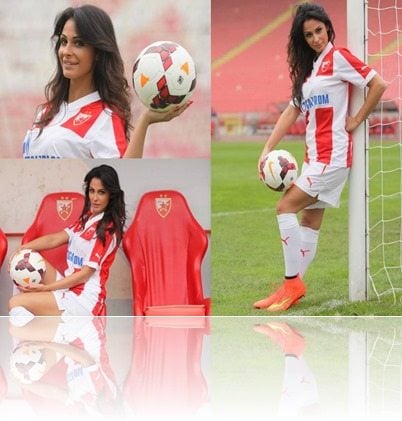 Meet the lovely and apparently extremely hot Red Star Belgrade reporter Katarina Sreckovic, who was banned from the field  because she is just too hot and too much of a distraction for soccer player to focus on their matches!! Whaaat???????? 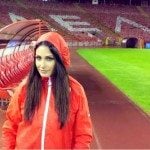 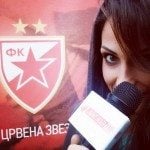 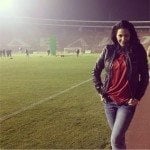 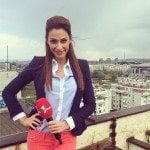 25-year-old Serbian reporter Katarina Sreckovic, knew her looks were sort of distracting for the players, but thought eventually that was going to wear off, apparently she was wrong..

“I admit it was a problem at the start, but I think they’ve got used to me now. It was tough, though, because for a while it seemed as if they might not be able to work with me at all.”

“I was also asked to go away a couple of times because I was a distraction on the pitch, and players complained that they couldn’t concentrate.” 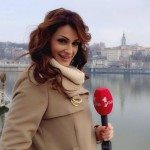 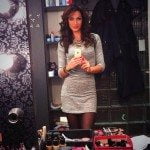 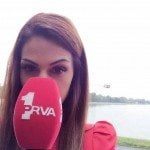 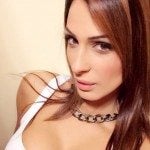 Very silly to let her out because of that, but hey their loss is other network’s win and  well, also for Katarina’s hot boyfriend Marko Pavlovic. Hot couple indeed!! 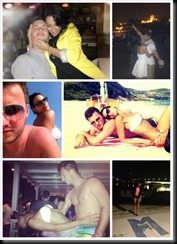 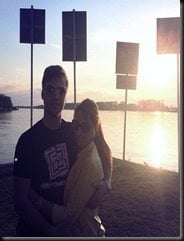 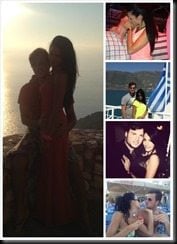 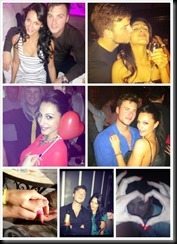 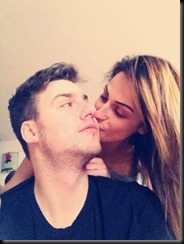 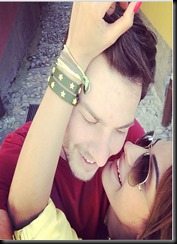