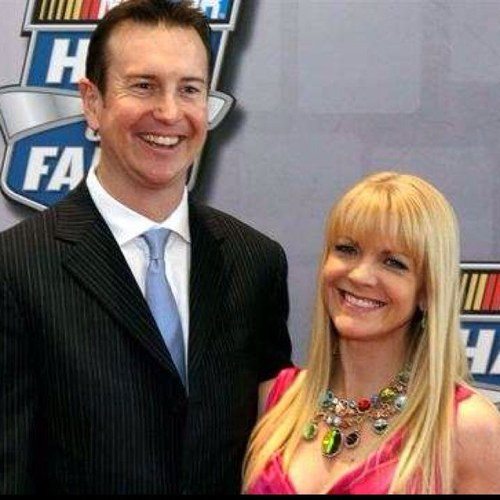 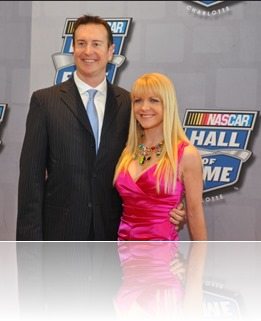 Meet Patricia Driscoll; she is the beautiful woman currently dating NASCAR race car driver Kurt Busch, who was married for five years to Eva Bryan, a lovely gal too.

I bet the name of Kurt Busch’s girlfriend sounds familiar to some of you, in fact, Patricia Driscoll shines on her own, she is an awarded author, socialite, a businesswoman from Texas. 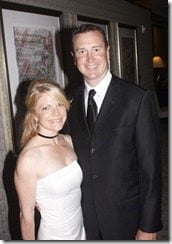 35-year-old Patricia Pauline Driscoll was born on December 14, 1977, in El Paso, Texas, She graduated in 1996 from Irvin High School. Patricia a sports enthusiastic became involved in sports at a very early age, from ballet a child to swimming, volleyball, varsity track and football in high school.

Ms. Driscoll is the Chief Executive Officer of Frontline Defense Systems LLC, which provides surveillance systems and other advanced technology for the Department of Defense and the Intelligence Community. In 2003 she became the  Executive Director of the Armed Forces Foundation. Since 2003, when Ms. Driscoll assumed the position of President and Executive Director,  a big percentage of their annual income goes directly towards the foundation’s programs. The Armed Forces Foundation was created to provide financial assistance, morale activities, career and educational opportunities to wounded service men and women and their families.

Her book Hidden Battles on Unseen Fronts, Stories of American Soldiers with Traumatic Brain Injury and PTSD which she wrote with Celia Straus was published in 2008.

The book gives the reader an insight look into the life of service members returning from Iraq and Afghanistan, looking closely at those service members who are affected by PTS (Post Traumatic Stress) and Traumatic Brain Injury and its effects on the family and corporate America.

Patricia’s interest in intelligence and security can be blamed on the fact that she grew up close to the Mexican border where the main concerns were people and drug trafficking, plus her grandfather was a spy and Army Air Corps aviator who fought battles in conflicts from World War II through Vietnam and her dad was employed with U.S. Customs, Aviation and she found it to be intriguing because of the missions and fighting illegal drug activities.
Her work and effort didn’t go unnoticed in 2003 she was highlighted Guest Speaker, British Embassy Trade Tour, United Kingdom; the following year she received Special Recognition: U.S House of Representatives, Congressman Joe Wilson an she was a participant: 2004 Inaugural Parade Montana Float.

A side of Patricia Driscoll’s personal life that is a bit confusing is the names she has been known in the past and the people related to her, for example Gilbert Chiquito and Hortencio Chiquito, there was a time when Patricia Driscoll was known as Patricia Chiquito, and well we all known that she was one married to Geoffrey Hermanstorfer, father of her adorable 8-year-old son Houston. 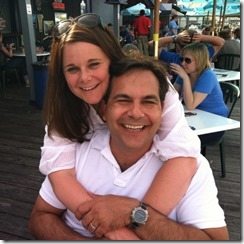 Patricia Driscoll met Kurt Busch at Walter Reed, this is how Patricia recalled that moment during an interview with skirts and scuffs

“The funny thing is we met at Walter Reed and that obviously to me is always a good sign. You didn’t meet him at a bar. Your mom always says that you should meet someone at church, right? That is about as close to church as you are going to get. It was funny because I remember walking up to the back of him because someone told me that I was going to be seated at the same table because we were going to be doing some tours as a group.”

Kurt passed on a meet-and-greet “Troops to the Track” event for the foundation, but she was eager to get him interested..

“It is funny how you walk up to someone, you know that your life is about to change forever and you just get that strange feeling. I just knew that my life was changing forever, it was just something and I couldn’t put my finger on it. Yes, you can just say it was love at first sight and we had so many things in common. I loved his passion for people and realized that I had the wrong Busch (in regards to the meet-and-greet decline) because it was his brother. It was not him and he was actually doing something for our foundation that very week so I felt like a fool. It is not very often that I’m wrong so that was a fun experience to be wrong.” 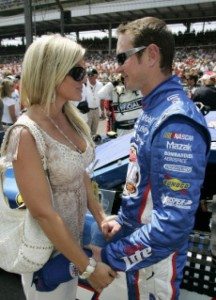 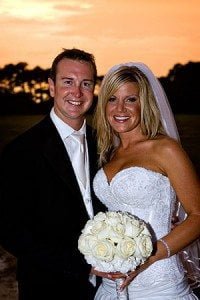 He announced he and Eva were separated on June 30, 2011, a few days after we all saw him wit Patricia at the Toyota/Save Mart 350 in Sonoma, California.

We heard Patricia Driscoll and Kurt Busch are no longer dating in November, 2014, the breakup new came up after Police in Delaware say they are investigating a domestic assault allegation made against NASCAR driver. 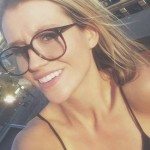 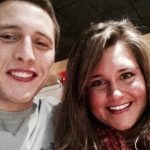 Alyssa Zenner Alyssa Zenner is the pretty wife of Zach Zenner, he is a running back for the Detroit … END_OF_DOCUMENT_TOKEN_TO_BE_REPLACED