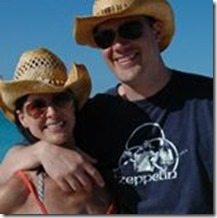 Meet Katie Tebow Shepherd, she is the older sister of probably  one the greatest college football players of all time, Tim Tebow.

Katie is the daughter of Pamela and Robert Tebow. Her parents met while attending the University of Florida in the late 1960s. Her parents married on June 12, 1971, and in 1985 moved to the Philippines where they served as Baptist missionaries and built a ministry, this is also where Katie’s baby brother, Tim was born.

Katie as well as the rest of her siblings were all homeschooled by her “homeschool pioneers”parents from kindergarten through high school, and every one of them received college scholarships. She is the second-born child in the Tebow family; first is sister Christy and then younger brothers Robby, Peter, and Timmy and are all successful in their own right.

Katie’s parents moved the family back to Florida when her little brother Tim was just three. As a result Katie and her siblings have been involved in the summer mission trips to the Philippines.

When in college, Katie Tebow had her heart set on dating and marrying a football player. When she went to see one of the players at an event and saw how he reacted poorly with a bad temper, her Christian values made her recall the verse from Proverbs 22:24 which says, “Do not make friends with a hot-tempered person; do not associate with one easily angered.” Later, while working in an internship with the Jacksonville Jaguars, Katie met and later married Gannon Shepherd. And to this day, she’s able to say she’s never seen him lose his temper once.

Katie graduated from the University of Florida with a major in Public Relations and a minor in Sport Management.

She lives in Atlanta, Georgia with her husband, Gannon, and their daughters, Abby, Riley and Brynn. Gannon works as a corporate real estate advisor with Jones Lang LaSalle Americas. Gannon enjoyed a successful football career as a defensive end at Duke University and as an offensive tackle with five franchises of the National Football League. The Shepherds currently live in Buckhead and attend Buckhead Church. 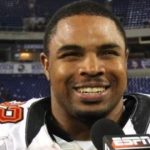 Doug Martin Doug Martin, the running back for the Tampa Bay Buccaneers has made his way into rehab! … END_OF_DOCUMENT_TOKEN_TO_BE_REPLACED 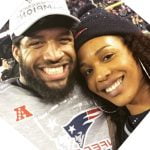