Amir Nick Ekbatani is an athlete, actor and entrepreneur who was once engaged to the reporter, Kelli Tennant. The same Kelli Tennant who is suing Sacramento Kings head coach Luke Walton –for sexual assault.

Kelli Tennant a 6-foot-2 former USC women’s volleyball player is a sports reporter who has gone on to become a well-known women’s self-help guru. She has worked for Spectrum Sportsnet LA, as well as ESPN and other outlets.

Kelli and Amir “Nick” Ekbatani dated from 2012 until 2014. She broke off the engagement with Ekbani saying the transition from girlfriend and fiancee to caretaker took a toll. The two began dating a short time before his accident.

Amir Nick Ekbatani a former athlete at South High School in Torrance and onetime UCLA offensive lineman –lost part of his left leg in a 2012 motorcycle accident in Redondo Beach. He was 25 at the time of the accident. 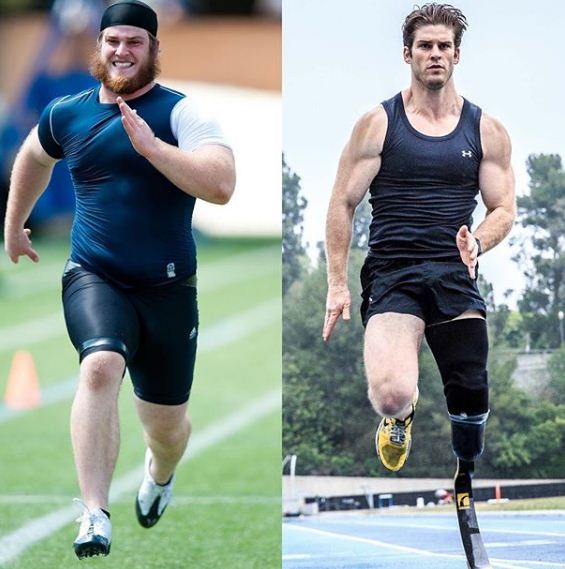 In 2010, after his successful career in college football at University California, Los Angeles, Nick made a bid to go pro, trying out for the St. Louis Rams. After he didn’t make the cut, he joined ESPNHS, an ESPN website focused on high school sports. Then, tragedy struck.

In July 2012, he was riding his motorcycle on Pacific Coast Highway when a cab driver turned left into him at a Redondo Beach intersection.

He underwent 13 surgeries, lost his leg and will need lifetime medical care. Ekbatani sued Caltrans, claiming it knew of safety problems at the intersection but failed to resolve them. In 2017, a jury ordered Caltrans to pay Ekbatani $35 million.

According to his website, Amir is now an actor and entrepreneur. He has appeared on the TV show, Zac and Mia and has also dabbled into singing. In addition, he does personal training as well as group fitness in spin, circuit training, and track, helping gym members adjust their technique as well as their mindset.

Ekbatani proposed to her in December 2013. Kelli accepted, but that no wedding date was ever set.