Elsa Shafer is the stunning girlfriend of NBA player Kevin Huerter, the talented shooting guard currently playing for the Atlanta Hawks, who previously played college basketball with the Maryland Terrapins at the University of Maryland. Huerter recorded 27 points, 7 rebounds, and 3 assists in 40 minutes during game 7 against the Philadelphia 76ers during the conference finals. 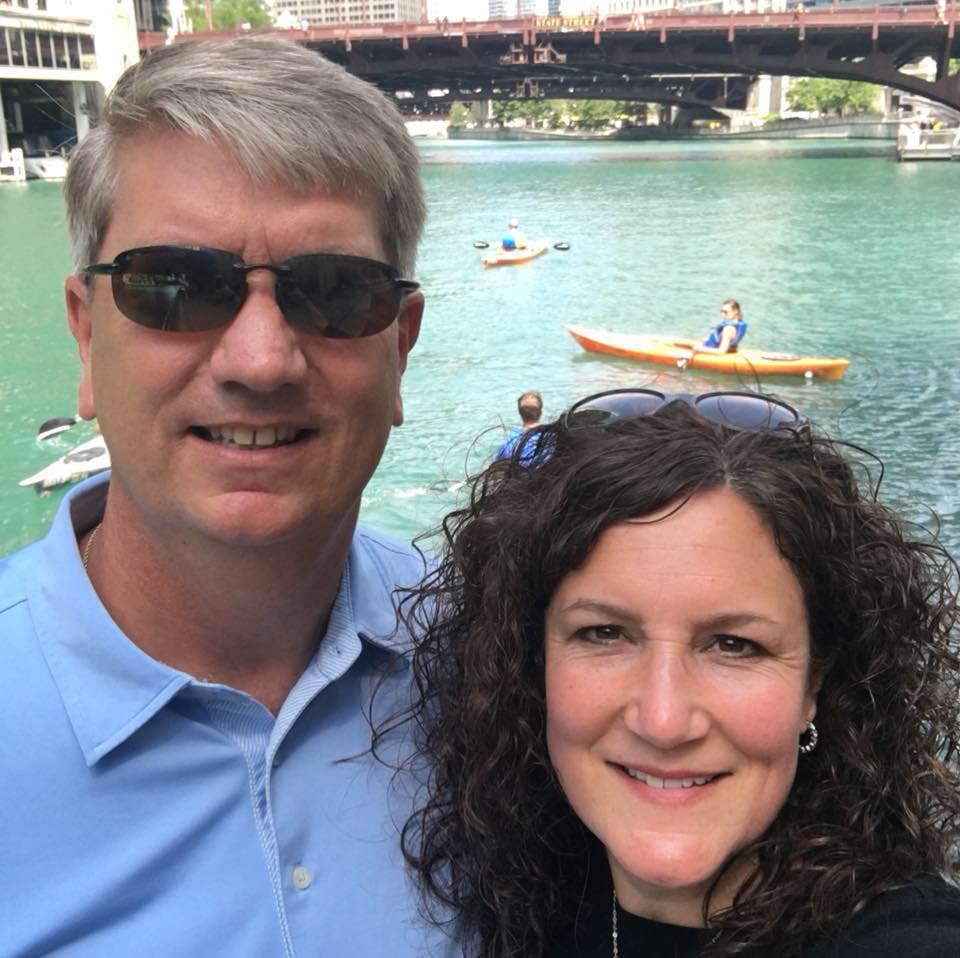 Kevin Huerter is one of four children born to Erin Huerter (nee. Monaghan) and Thomas Huerter.

Kevin’s mom, Erin born on October 25, 1970; she is the daughter of Gene and Joseph Monaghan; her siblings are Joanne Rourke, Joseph, and Patricia Chase. Her mom, Gene, a former nurse, a parishioner of the former Sacred Heart of Mary Church, and a member of the Rosary Society, died at the age of 79 on February 28, 2015.

Her dad, Joseph was an attorney and U.S. Army sergeant and Siena College and Villanova graduate; he served in the U.S. Army Reserves from 1951 until 1957, member of the 367th Field Artillery Battalion,  associate and partner with the John F. Kelly Law Office before founding his own law firm in Watervliet. Mr. Monaghan was 86 when he died on November 5, 2015, on the day his later wife, Gene, would have celebrated her 80th birthday.

Erin Huerter holds a Bachelor of Science in marketing and management from Siena College (1992); she was the vice-president and deposits operations at Pioneer Bank in  Troy, New York.

Kevin Huerter’s dad Thomas Huerter born on April 4, 1969. Like his wife Erin, Thomas also graduated from Siena College (class of 1991) with a degree in finance with a concentration in accounting; before college, Thomas played basketball and baseball at Burnt Hills Ballston Lake High School in 1983 to 1987.

Mr. Huerter founded Huersch Marketing Group in Ballston Lake, New York, in 2002; he is also a broadcaster at Siena College. 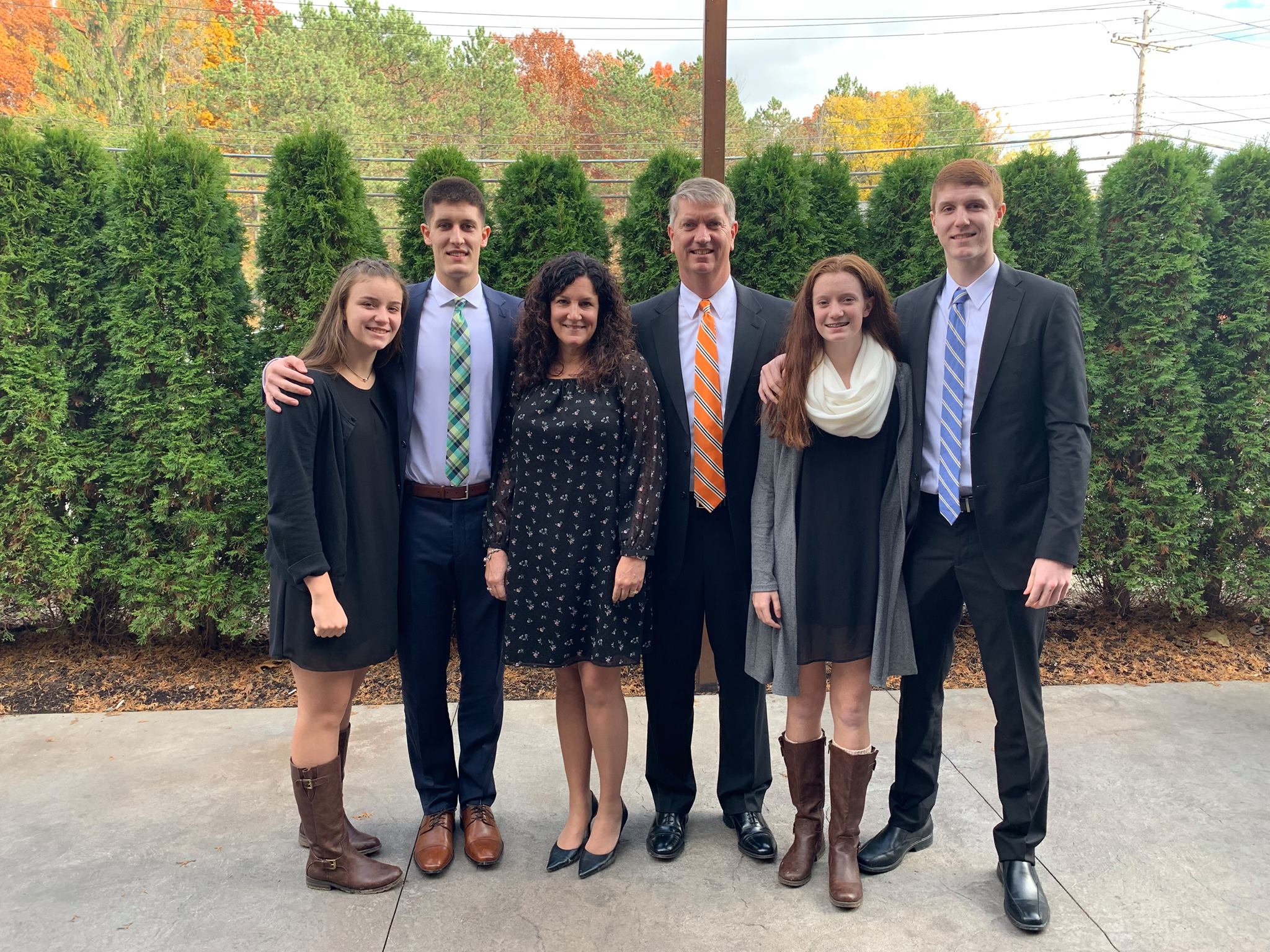 Kevin Huerter has two younger sisters Meghan and Jillian. 5’11 Meghan Huerter graduated from Shenendehowa High School in May 2021; she is currently a freshman at Providence, continuing to excel in basketball. Speaking of Providence, do you know who is Providence Basketball coach Ed Cooley?

5’10 Jillian Huerter, a guard with the Shenendehowa High School basketball team, will graduate next year.

Thomas Huerter Jr. subsequently transferred to The Catholic University of America, where he graduated in 2020 with a master’s of business analytics and business; He was a startup business consultant ar Lattus Internship from 2019-20;  marketing manager AdBarkit Business Solutions, and Project Manager at Huersch.

Huerter led his high school team to their second state championship his senior year; he received scholarship offers from 20 colleges before committing to play at Maryland on September 7, 2015.

The Atlanta Hawks selected Kevin Huerter in the first round (19th overall) during the 2018 NBA draft. He signed his rookie contract with the Atlanta Hawks on July 1st, 2018.

According to records online, Kevin Huerter’s net worth has been estimated at $2 million; HoopsHype placed him in the 286th placed of their best-paid NBA players list last year. Spotract reported Huerted has a base salary of $2,761,920. 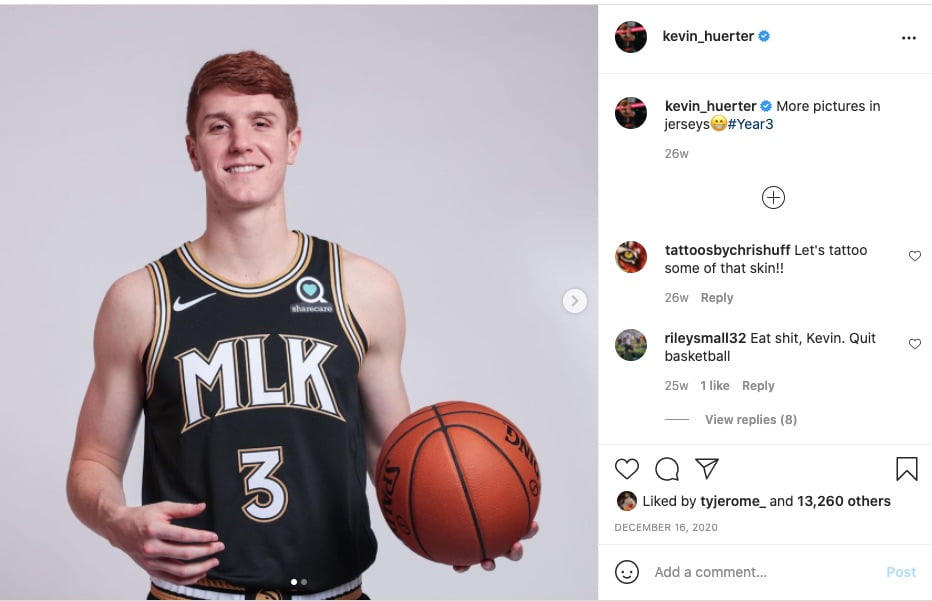 Kevin Huerter’s #3 jersey with the Atlanta Hawks is available at the Hawks Shops for $130, plus they have a homage Red Velvet t-shirt for $36. 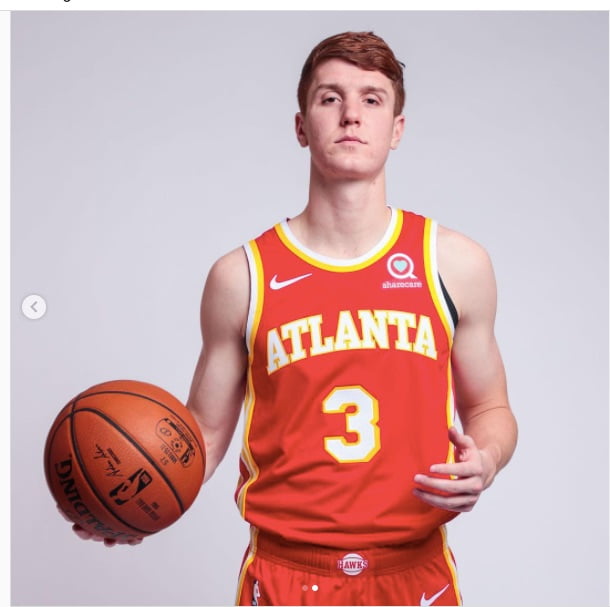 If your want to check other options, including a personalized Huerter Jersey, head out to the NBA Store.

Kevin Huerter is not married, just if some of you are wondering, but he isn’t single either; his girlfriend is Elsa Shafer; it seems that the lovebirds have been dating since July 2018. So this is what we can tell you about Kevin Huerter’s girlfriend. 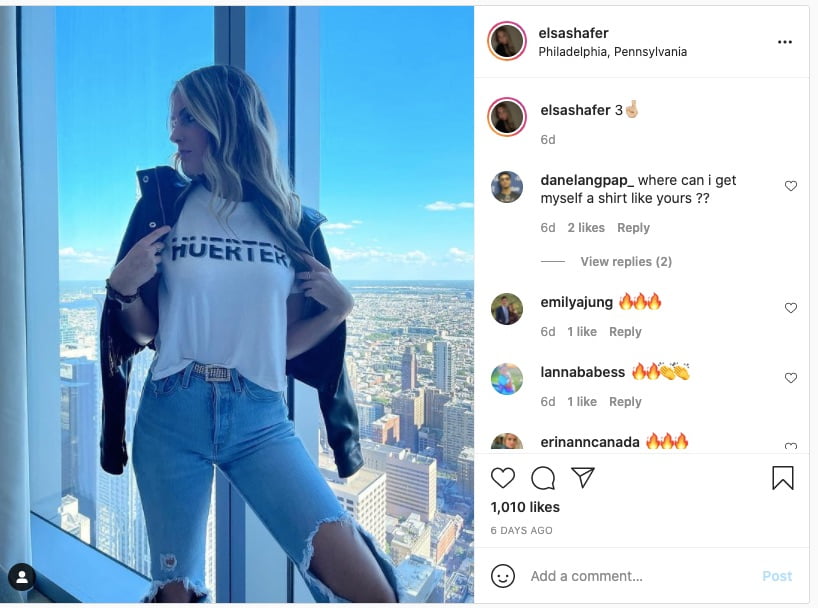 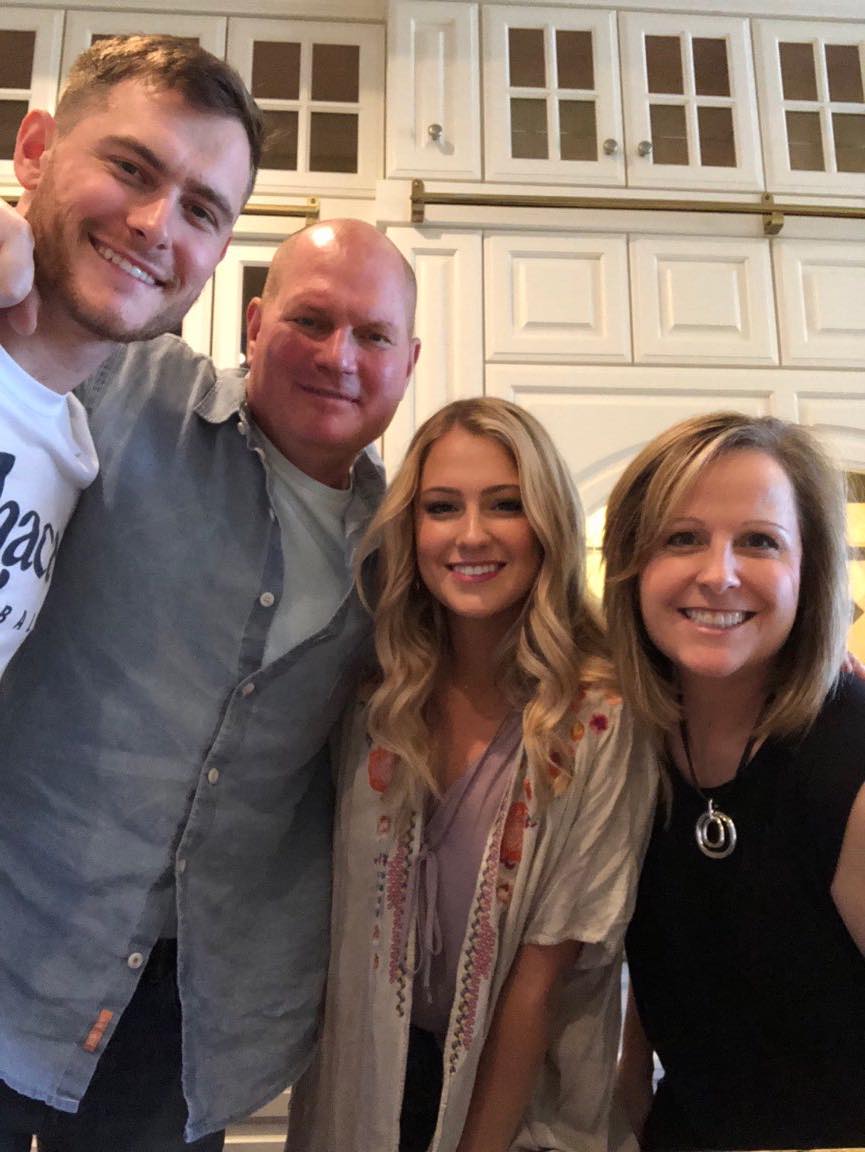 Elsa’s big bro,  Wolf Shafer, graduated in 2017 with a Bachelor’s degree in communications from Ithaca College and a master’s degree in strategic leadership from Middle Tennesee State University.

Before attending the University of Maryland, Elsa graduated from Fayetteville-Manlius High School; her dad proudly tweeted when Elsa goit accepted. 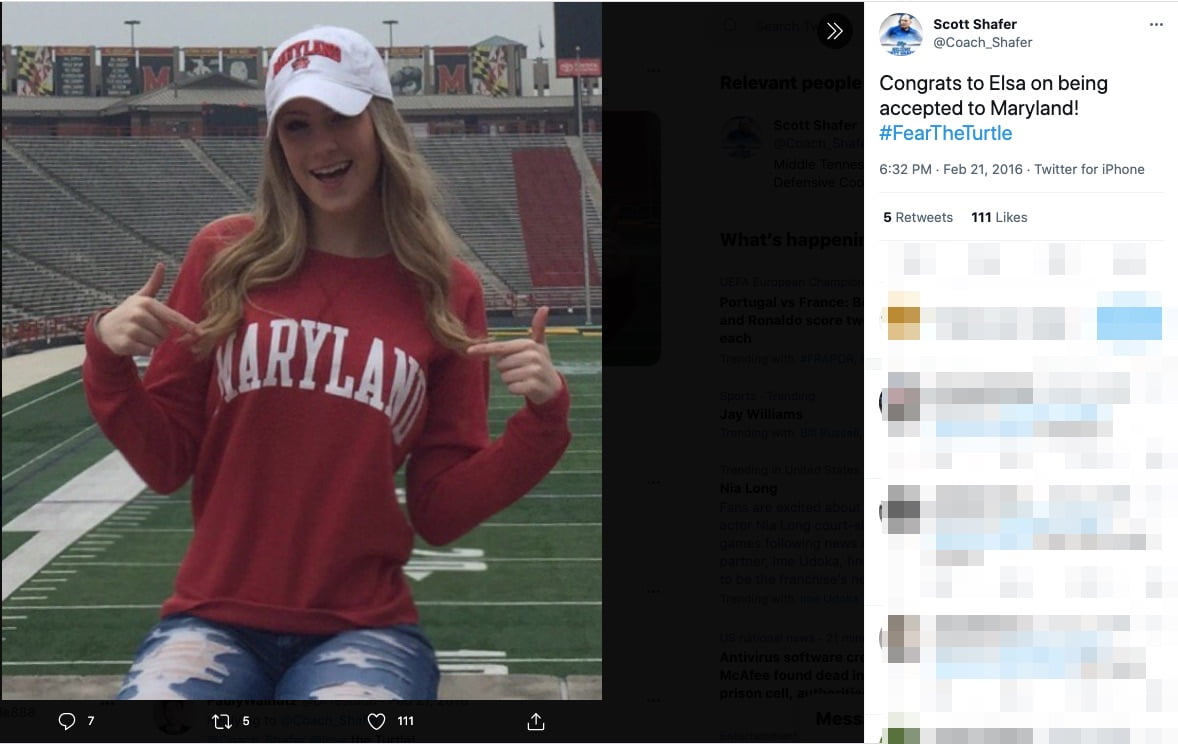 Elsa currently lives in Atlanta with their two dogs, Bentley, a mini Aussie, and Nellie, a cavalier. Elsa’s 3,734 Instagram followers can check out all of her beautiful photos with friends, family, and certainly with her main squeeze, Kevin Huerter. 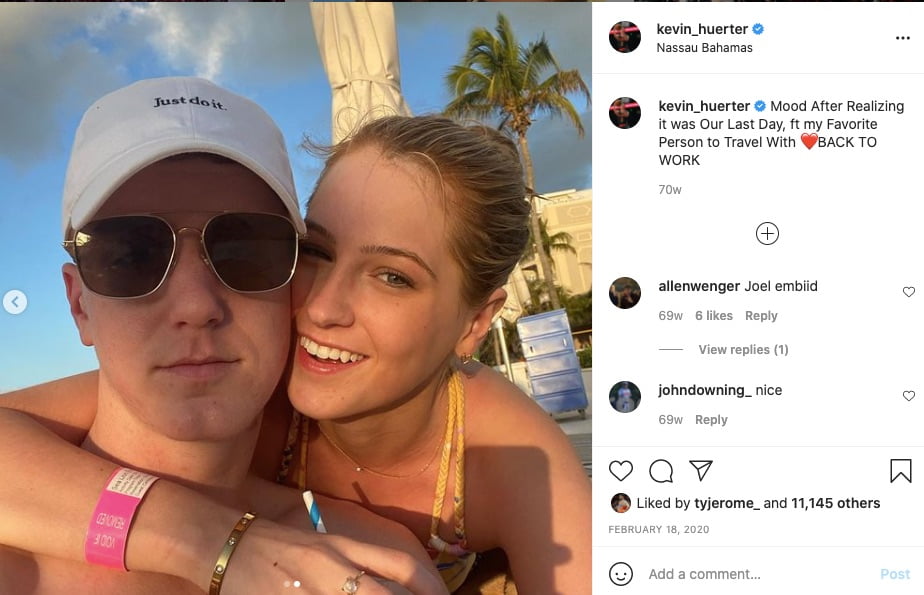