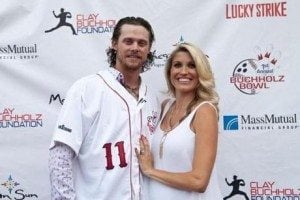 Recently we have heard a lot about Clay Buchholz that he can still have the kind of season he wants, But it is not about him who we want to talk about but of his gorgeous wife: Lindsay Clubine!

Anyways, let’s check about his interesting wife, Lindsay, a self defined social butterfly, jet setter, Jesus lover, TV host, mum and huge sports fan is shaking the ground in Los Angeles/ Boston, where she lives with her husband.

I guess you remember her from the t.v show Deal or No Deal (the hot blonde with briefcase 26?) She has also hosted shows on many networks such as NBC, E!, Verizon, etc. She has been named as one of People Magazine’s 100 Most Beautiful People. She started her modeling carrer in Camdem Missouri, her hometown at early age.

Missouri was a great place to grow up, but I always wanted to ‘get out’ and see what the world had to offer

She has also appeared in music videos too.

Lindsay Clubine aka Lindsay Buchholz was born January 7th, 1983 in Kansas City, Missouri and grew up in Camden, a small town on the outskirts of Kansas City. She is the oldest of three girls. She loves fashion and play sports, shoot archery, hunt, fish, and ride horses, being outdoors, and enjoying everything nature has to offer. She grew up playing competitive softball (she was a pitcher).

Lindsay Clubine is  known for Get Out (2003), Deal or No Deal (2005) and Deal or No Deal (2006), she once said  she enjoys being in front of the camera so much. Entertainment is her favorite thing in the world for her! She hosts her own travel show (Get out!). 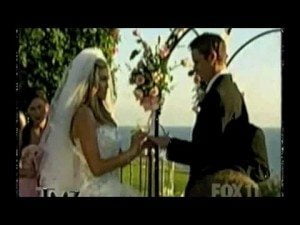 Lindsay Clubine became Lindsay Buchholz on November 14, 2009, she gave birth to her adorable  daughter named Colbi Dawn, on August 4, 2010. Lindsay got her bachelor of general studies from the University of Missouri in 2012, 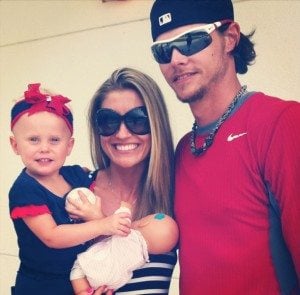 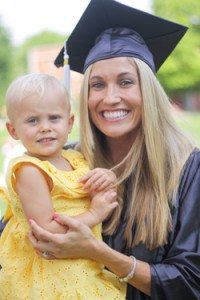 persistence wears down resistance, so I will continue to strive to reach my goals and never ever give up!

On February 25, 2015 naked photos of Lindsay Clubine were leaked online, the photos which Clubine send to her husband were all over the web, she was very disturbed.

she hit the Twitters to explain the situation.

A woman should be able to send her husband pics of herself with out fear of the whole world seeing them! iCloud hackers should be ashamed!!