This lovely lady is Brigitte Tétreault; she is the amazing girlfriend, not a wife yet of former NHL player Marc Bergevin, currently serving as general manager for the Montreal Canadiens. Bergevin previously worked for the Chicago Blackhawks, the team with whom he started his playing career back in 1983. The Montreal Canadiens fired him on November 28, 2021, former NY Rangers GM, Jeff Gorton was named Executive Vice President of Hockey Operations. 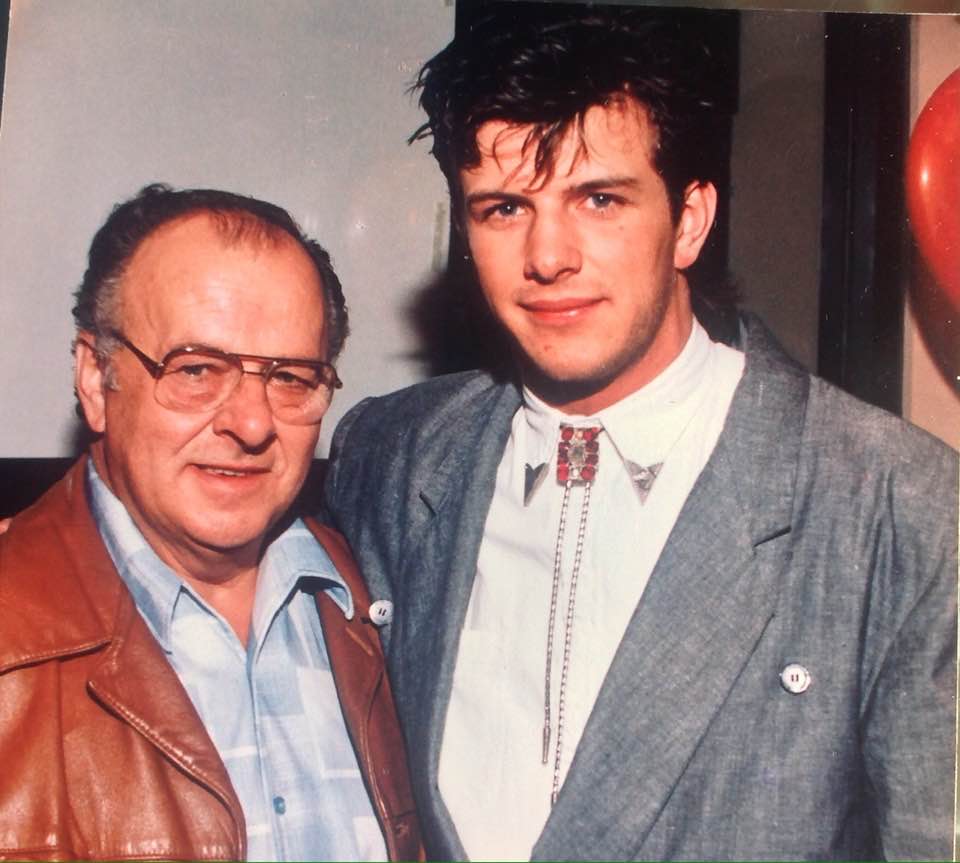 Marc Bergevin is one of five children born to Denis Bergevin; his momma passed away when Marc was around 19 years old. His siblings are brother Jean-Paul and sisters Denise, Carole, and Paulette. 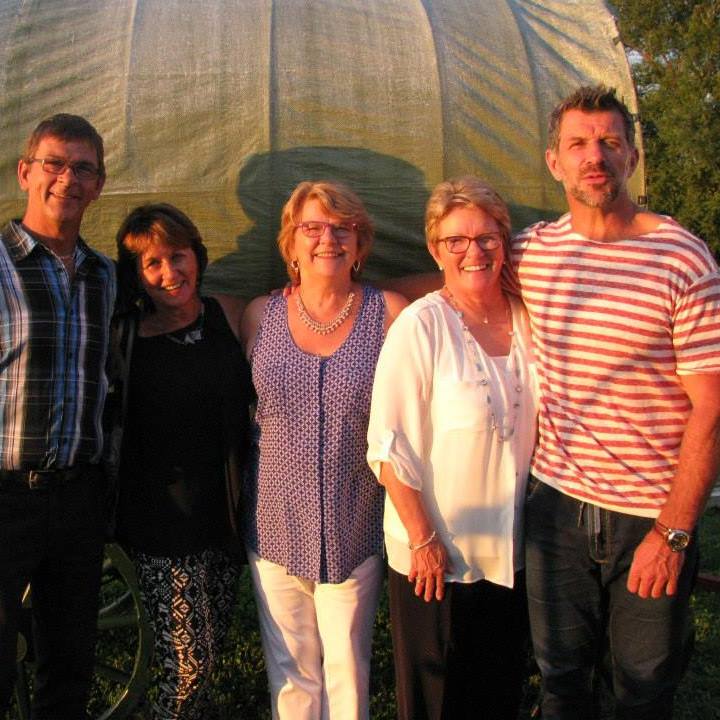 How Long Has Marc Bergevin Been GM?

Marc Bergevin has been working as general manager since June 2011, first for the Chicago Blackhawks and subsequently in May 2012, for the Montreal Canadiens.

Where is Marc Bergevin From?

Weighing 84 kg and standing at 6’0, Marc Bergevin was born in Montreal, Quebec, on August 11, 1965. He was 13 when he joined the Quebec International Pee-Wee Hockey Tournament in Ville-Emard, Montreal, Quebec.

Marc Bergevin’s management career started as a professional scout for the Chicago Blackhawks in 2004. Before being appointed assistant coach in 2008, a year later served as the Blackhawks’ director of player personnel and assistant and general manager in July 2011.

Bergevin was appointed executive vice-president and general manager of the Montreal Canadiens on May 2, 2012; Marc was a runner-up in the voting for the General Manager of the Year Award after the 2013-2014 and 2020-2021 seasons.

Marc Bergevin has a net worth estimated at $8 million; he earned around $7,103,493 during his playing career.

It is unknown how much Marc Bergevin’s salary is with the Montreal Canadiens; he agreed to a  multi-year contract with the Canadiens in 2015 that would keep him in Montreal until the 2020-2021 season.

“I am very pleased to announce that Marc accepted a multi-year contract extension and that he will remain our general manager until the end of the 2021-22 season. This new agreement brings added stability for our organization and particularly for our hockey operations. It enables us to continue our efforts in giving our fans a winning team”, said Geoff Molson. “

Marc is an excellent general manager who quickly made an impact in the league with his leadership skills and his ability to identify the needs and find the personnel to assemble a championship team. I am very pleased with his work and the results he has achieved since his appointment as general manager”.

It hasn’t been easy to tell how many tattoos does Marc Bergevin has; his two large tattoos on both arms have been easy to spot; during an interview with Julie Snider, they showed he had a tattoo of his mother on his left shoulder, his mom died when Bergevin was 19. Julie also commented Bergevin had a CH tattooed on his heart. 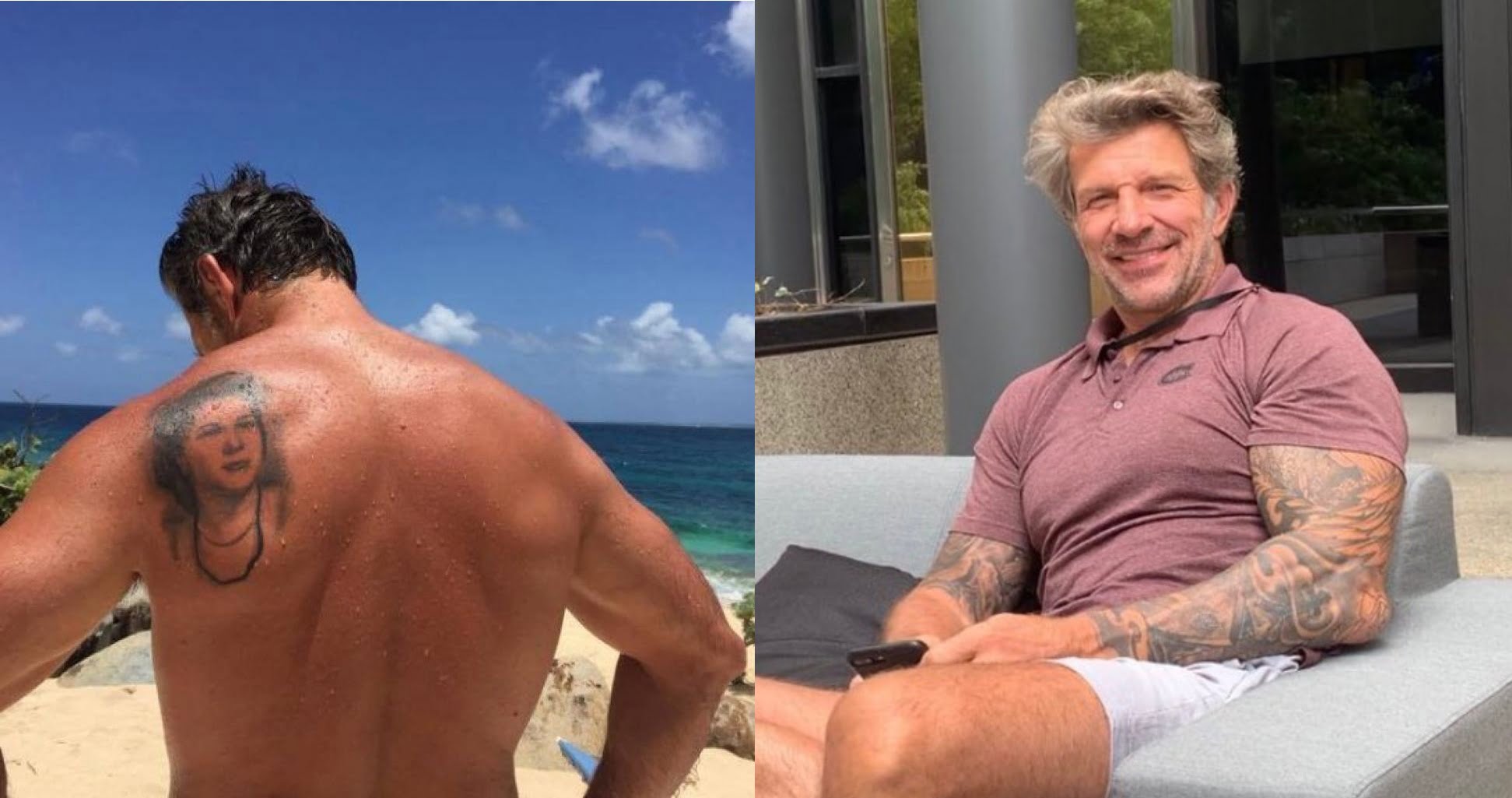 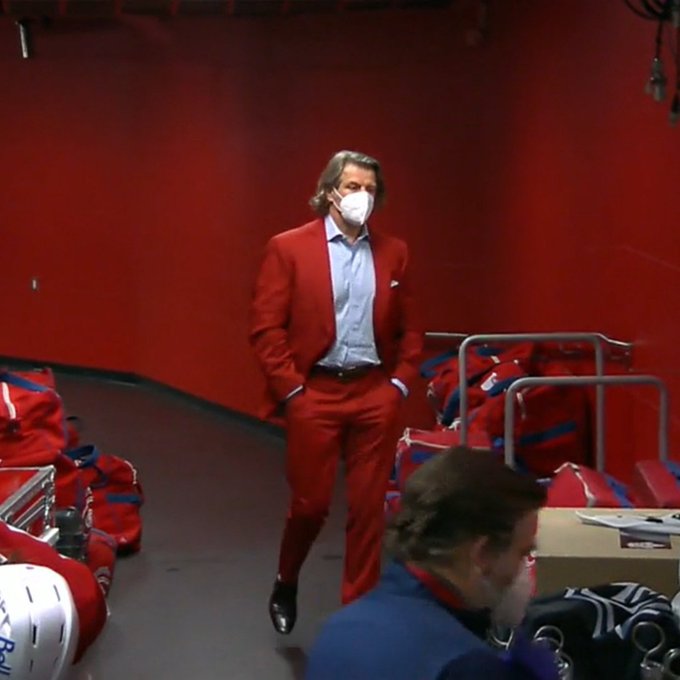 “The first suit was a sleek wool grey suit with subtle red checks, a white shirt, a red pocket square and a red tie. The second look was a wool cardinal red suit that was paired with a white dress shirt featuring a red grid pattern along with a black pocket square and a black tie.”

“The editor is a friend of ours,” recalls Bergevin’s tailor Marc Patrick Chevalier. “We said, ‘OK. Let’s do a photo shoot with Marc at the start of the year when they were 13-2. I remember back then, the head of the Canadiens’ public relations staff told us, ‘You are lucky this team is 13-2. Otherwise, I would never allow it.’”

Since then the Marc Bergevin’s red suit has made regular appearances that never go unnoticed. 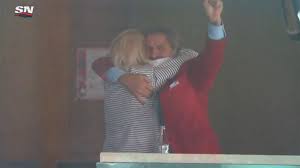 “The first time he wore it, I told my wife, ‘He wore the red suit!’ The next day, you see photos of him wearing the suit,” Chevalier said. “In Canada and in Toronto, they were comparing him to The Joker and that is mean. That was frustrating reading the haters. I don’t think there were too many people raving about it in the beginning. The second time in Game 4 against Winnipeg, it started to switch a little bit. It was like, ‘OK, it is a lucky suit.’ With yesterday and this morning, everyone is raving about it. There are no more haters. 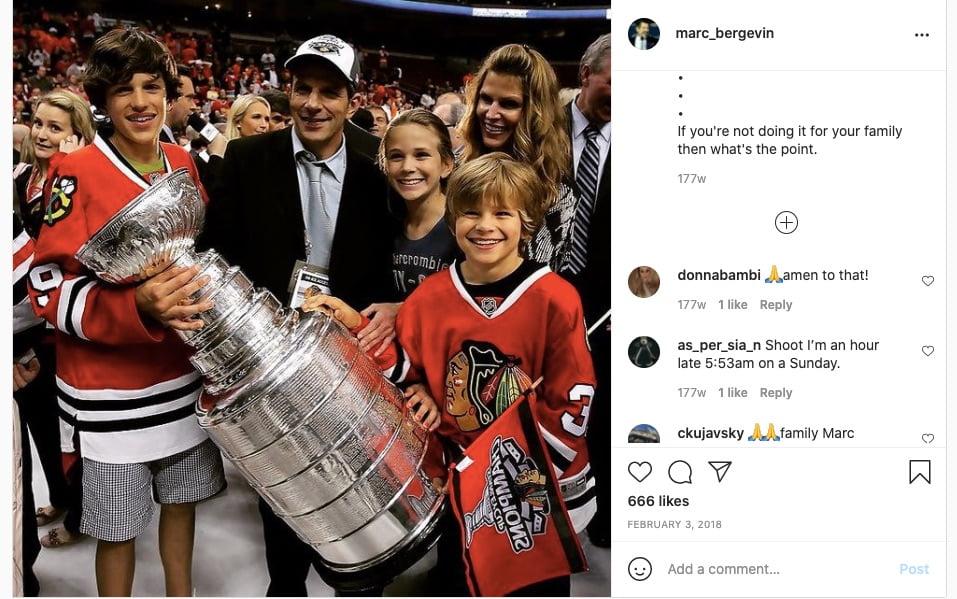 According to records online, Marc Bergevin’s wife, Ruth Bergevin, 54. They met when Bergevin played with the Chicago Blackhawks; Ruth was born and raised in Chicago. Ruth Born Ruth Ann Lederman; one of the children born to Joan Lederman (nee: Voltarel) and Raymond “Duke” Lederman. Her siblings are Craig and Lynn.

We can’t confirm, but it seems that Marc and Ruth Bergevin are either divorce but definitely no longer together. 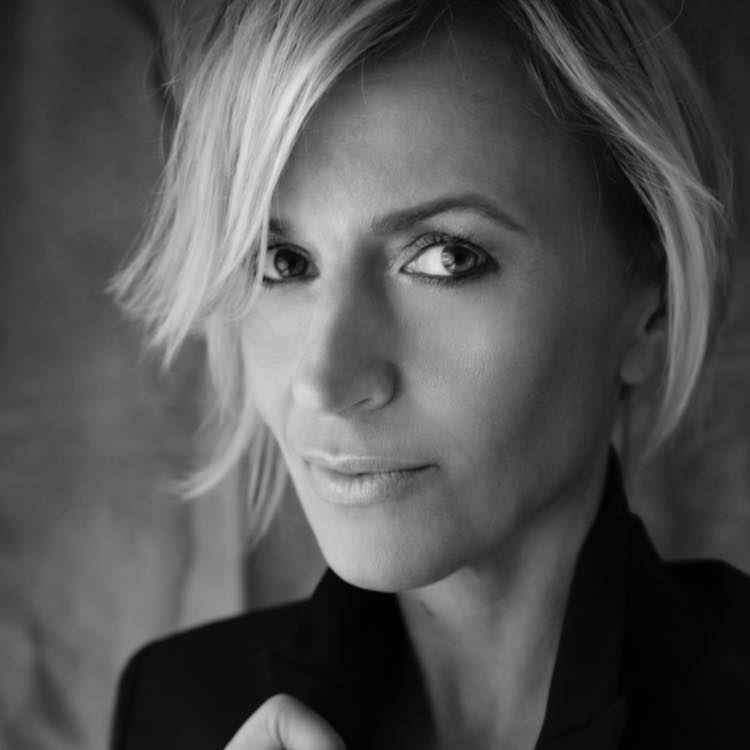 Brigitte Tétreault is the current girlfriend ogf Habs’ GM Marc Bergevin; Brigitte Tétreault from Brossard, studied art history and psychology at the University of Montreal. She is the owner of Espace Boufee, worked at Coli-Bri for over ten years before joining 44 Art Events. 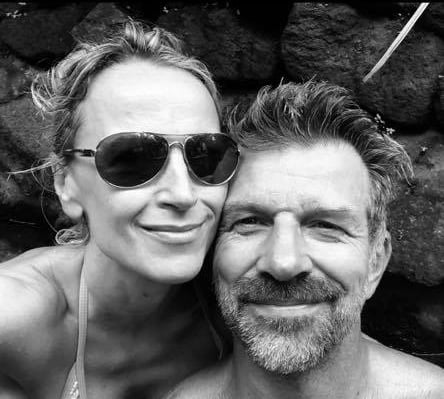 Brigitte posted a beautiful tribute to Marc when he finished second voting for best GM of the year on June 22, 2021.

“A SECOND PLACE, BUT…

You got second place, my beautiful love, which is great recognition from your peers! Well done!

However, for me…
you are THE BEST GM in the national league!

Moreover, you were already well before this appointment for countless reasons, such as your impressive and inspiring professional career!

Because your hockey knowledge is exceptional!

Because in the face of adversity, you are solid… very!

Because you are one of the most active general managers! I can attest to that!

Because you are loyal, and you show enormous respect for the organization, its members, and each of your players!

Finally, you are, for me, the best GM because you are, above all… a real warrior!
I love YOU…. Full! ” 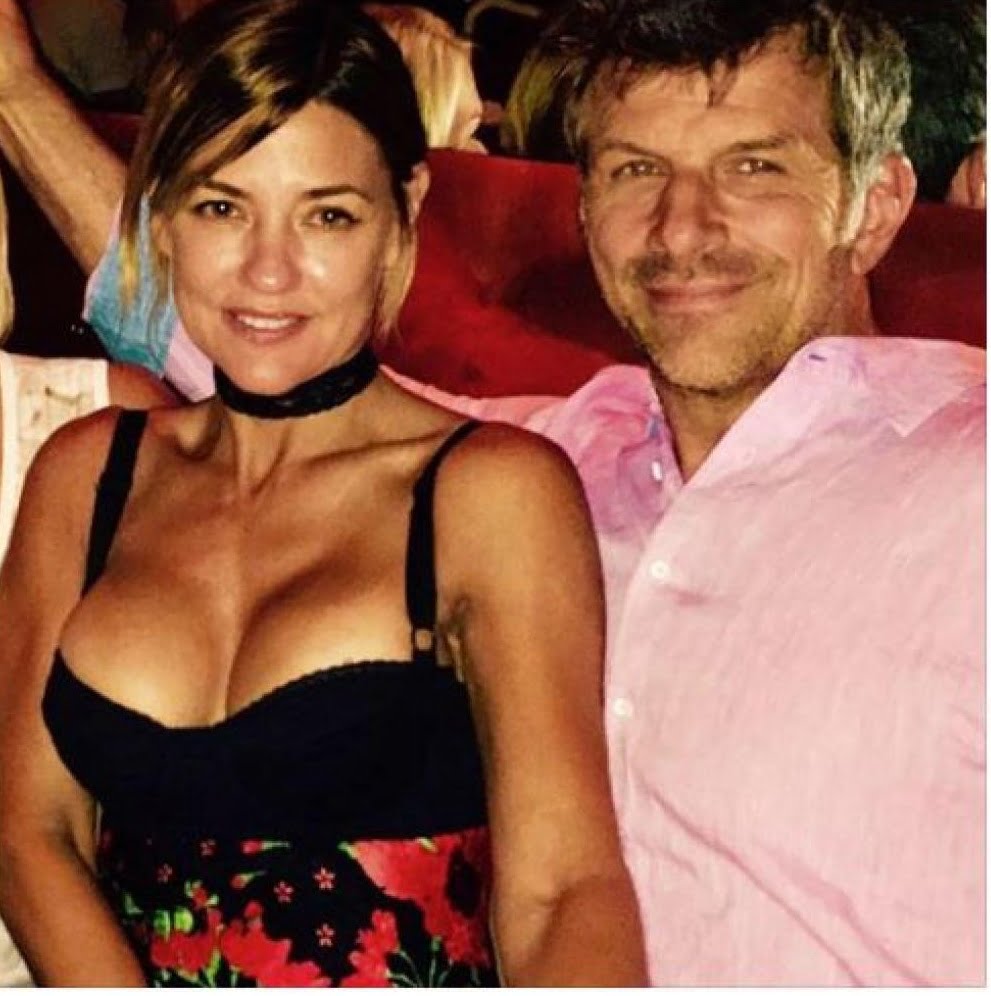 Photos of Marc Bergevin with rumored girlfriend Linda Lapointe were published in 2016. Linda was with Marc and his siblings when he celebrated his 5oth birthday. Linda Lapointe is the owner of Local B Salon in Canada; she has a son Jon Andrew Alexandridis from a previous relationship. Her son played baseball and football at Thomas Aquinas and later at Fullerton. 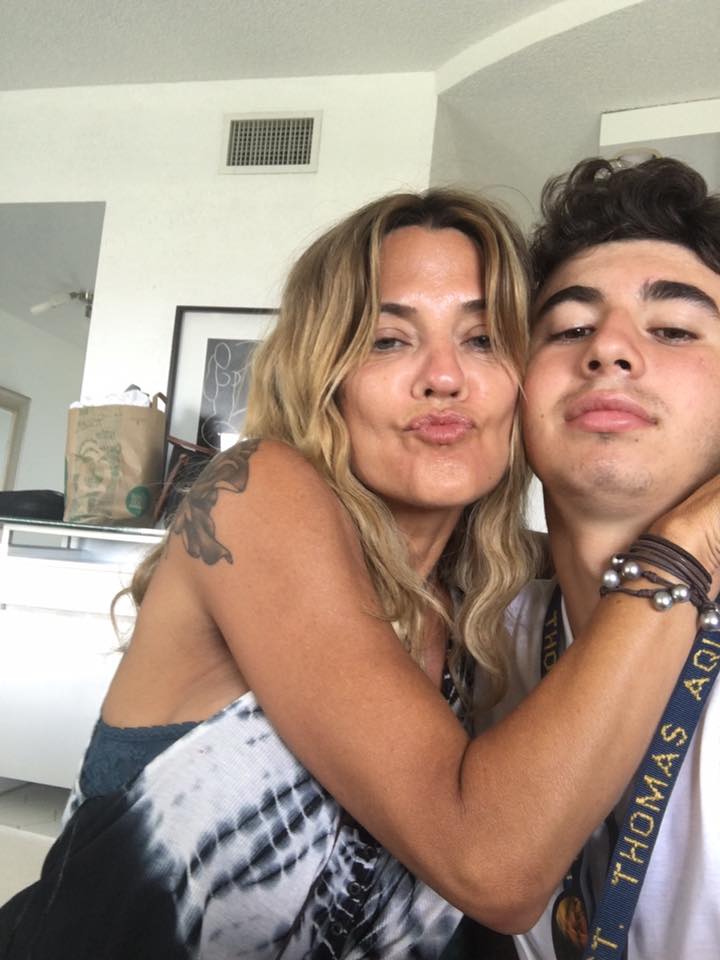 Marc Bergevin and Ruth Bergevin had three children together; sons Wes and Rhett and daughter Elle. 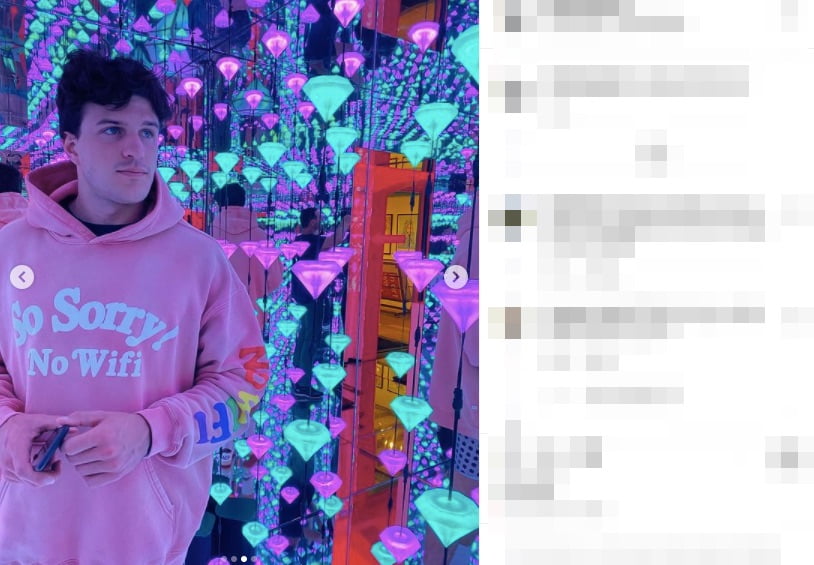 6’4 Wes Denis Bergevin, born on November 9, 1995, attended Hinsdale High School before attending Penn State. Wes Bergevin played soccer four years in high school and later and Penn State, from where he graduated in 2020 with a Bachelor of Arts in Public Relations and applied communications.

Wes Bergevin did a three-month internship with the Montreal Canadiens in 2016; worked in the NHL’s Hockey Operations from May 2017 to September 2018; served as a head residential advisor at Summer Discovery in Los Angeles in the summer of 2019 and since September 2019, has been Global Business Network Chair of Communications for Semester at Sea (ISE). 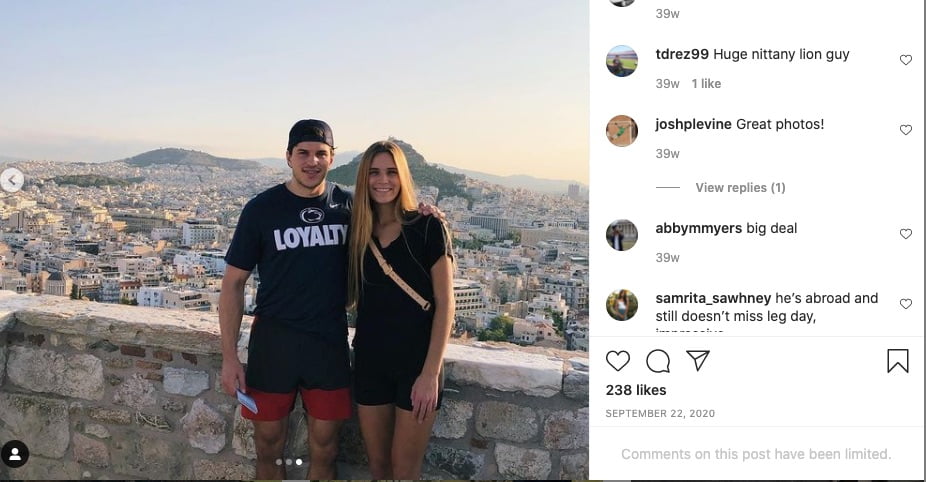 Elle Bergevin, the middle child of Marc and Ruth Bergevin, was a member of the high jump gymnastics team at Hinsdale Central High School in Illinois before she graduated in 2015. Elle later attended the University of Colorado Boulder, graduated in May 2020. 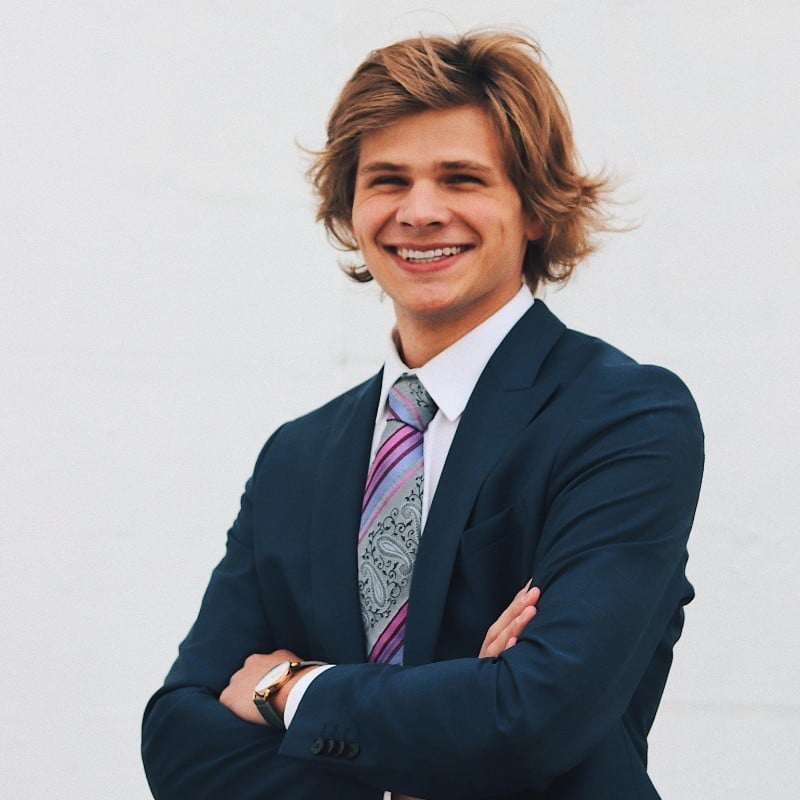 The youngest of the Bergevin children, graduated last year from Hinsdale High and is now pursuing a Bachelor of Business Administration at the University of Washington. Like his big brother, Rhett also did an internship in the hockey operations and legal affairs department at the Montreal Canadiens; unlike his big brother, Rhett followed his dad’s footsteps and played hockey at Hinsdale; he was a goalie.