Meet Mrs. Jamie Rudolph; she is the beautiful and amazing mother of Mason Rudolph, the talented 6’5″ quarterback for the Pittsburgh Steelers who prior to the NFL Draft played college football at Oklahoma State.

Mason Rudolph committed to play at Oklahoma State University on June 5, 2013. He completed 49 of 86 passes for 853 yards, six touchdowns in three games his freshman year.

In his junior year, Mason Rudolph was named Offensive Team MVP, Davey O’Brien, and Johnny Unitas Awards finalist; he completed 284 of 448 passes for 4,091 yards and 28 touchdowns in 13 games.

Mason Rudolph was the winner of the 2017 Johnny Unitas Golder Arm Award, FCA Bobby Bowden Award, and Sammy Baugh Award, Camping World Bowl MVP as well as a Davey O’Brien Award and Jason Witten College Man of the Year Finalist named to the 2017 Second-Team All-America (AFCA) and AP Third-Team All-America, and Second-Team All-Big 12. He completed 297 of 457 passes for 4,553 yards, 35 touchdowns in 12 games his senior year.

2020 – Mason completed 25 passes of 43 for 324 passing yards, two touchdowns,  nine interceptions in five games, he started in one game that season.

According to Sportsjoe, Mason Rudolph’s net worth has been estimated at around $4 million.

On April 29, 2021, Rudolph agreed to a one-year, $5 million contract extension, including a $5 million signing bonus.

Mason Rudolph’s current salary with the Pittsburgh Steelers is $2,546,132. 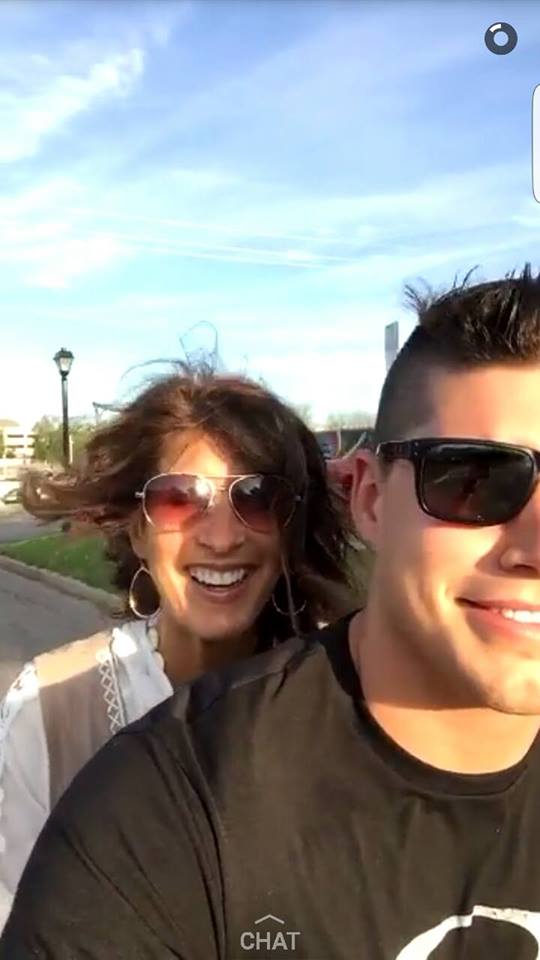 Jamie Rudolph welcomed her son Mason on July 17, 1995, in Rock Hill, SC. Three years later they welcomed another son, Logan who like his big bro Mason is a football player, Logan born on April 14, 1998, is a defensive end at Clemson. Several years later, Jamie and Brett Rupholp adopted one little girl from Ukraine, they named her Dasha. 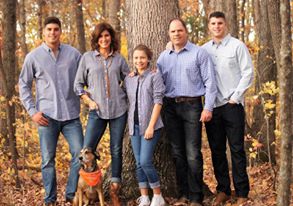 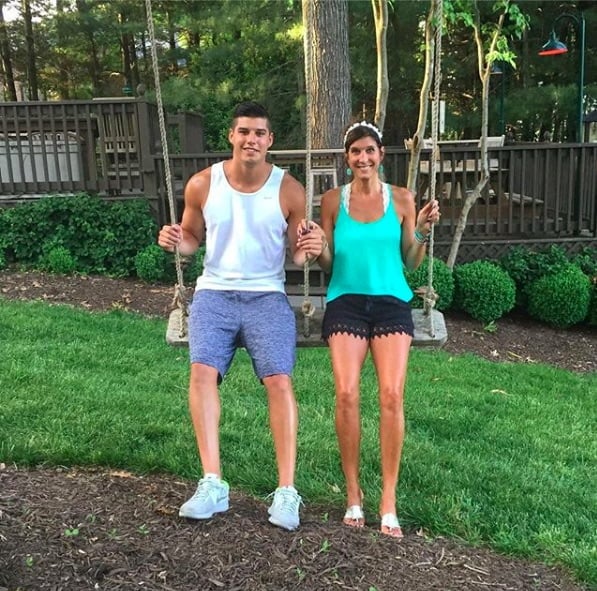 She lives in Rock Hill with her husband Brett, who is originally from Ohio and a former football player at the University of North Carolina at Chapel Hill graduate. 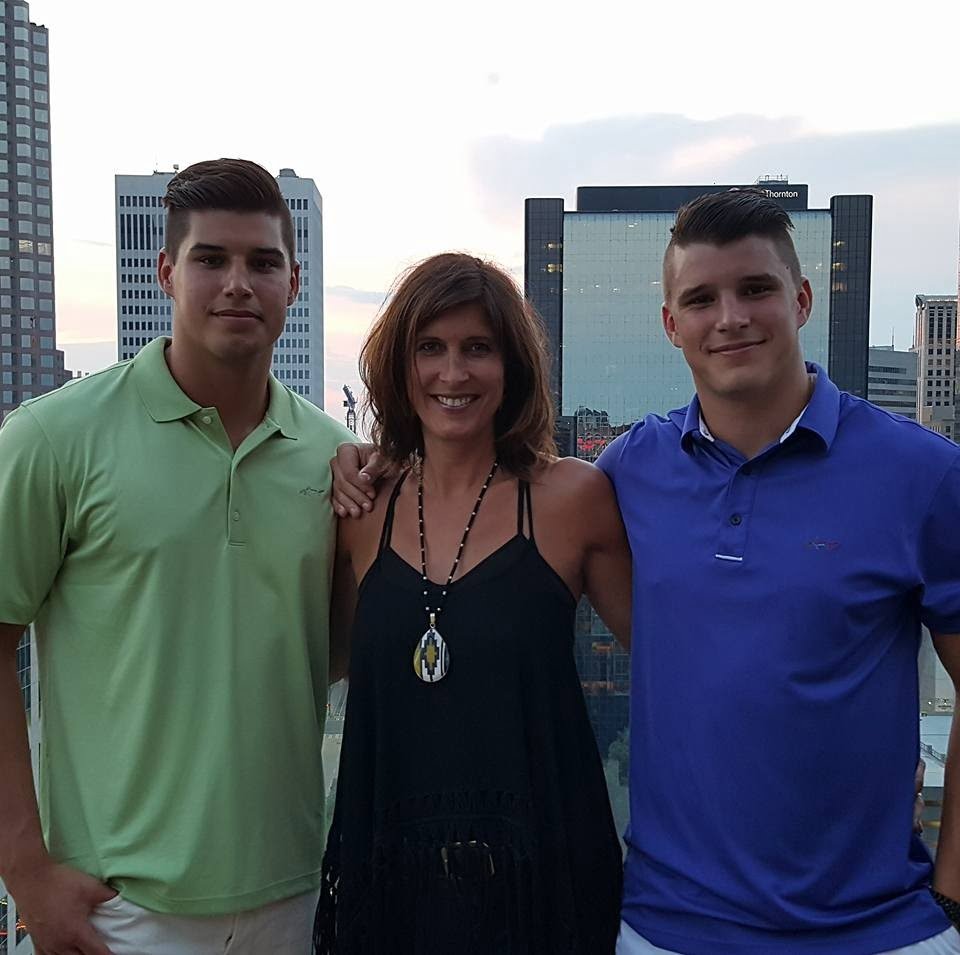 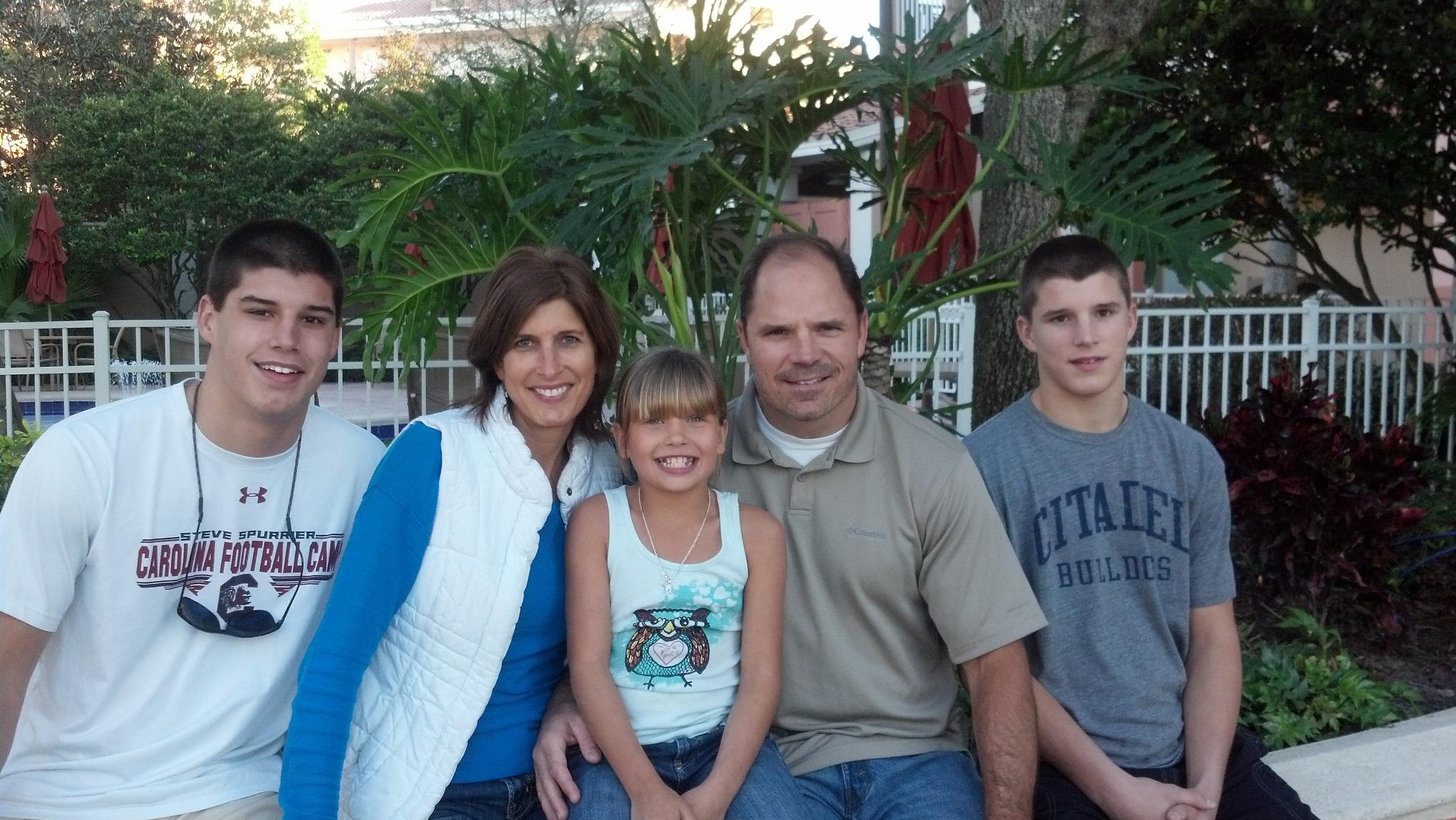 6’2 Logan Rudolph was born on April 14, 1998. Logan like his brother played college football, be unfortunately put an early end to his football career to pursue acting in January 2020.

Logan Rudolph graduated from Clemson University with a Bachelor of Arts in media and communication in May 2020. Logan recorded 26 tackles, one sack, one pass breakup, and a fumble recovery he returned 39 yards for a touchdown in 403 snaps in 15 games his junior year at Clemson. Before Clemson, Logan attended Northwestern High School 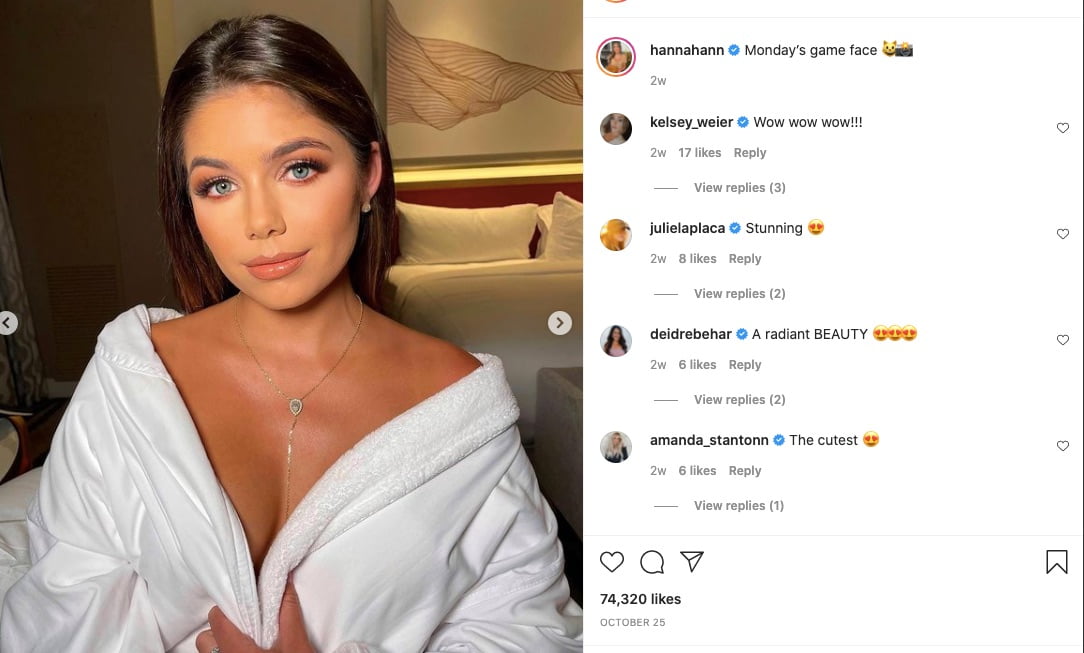 Hannah Ann Dubbs first came into our first when she was dating NFL quarterback Josh Dobbs, who like Mason plays for the Pittsburgh Steelers. Hannah Ann Sluss was born on April 25, 1996, in Knoxville, Tennesse. She appeared on season 24th of The Bachelor along ide Pete Weber, to whom she was actually engaged to after the show ended, but their short-lived engagement lasted only a month.

Hannah signed a modeling deal with Ford Models this year. 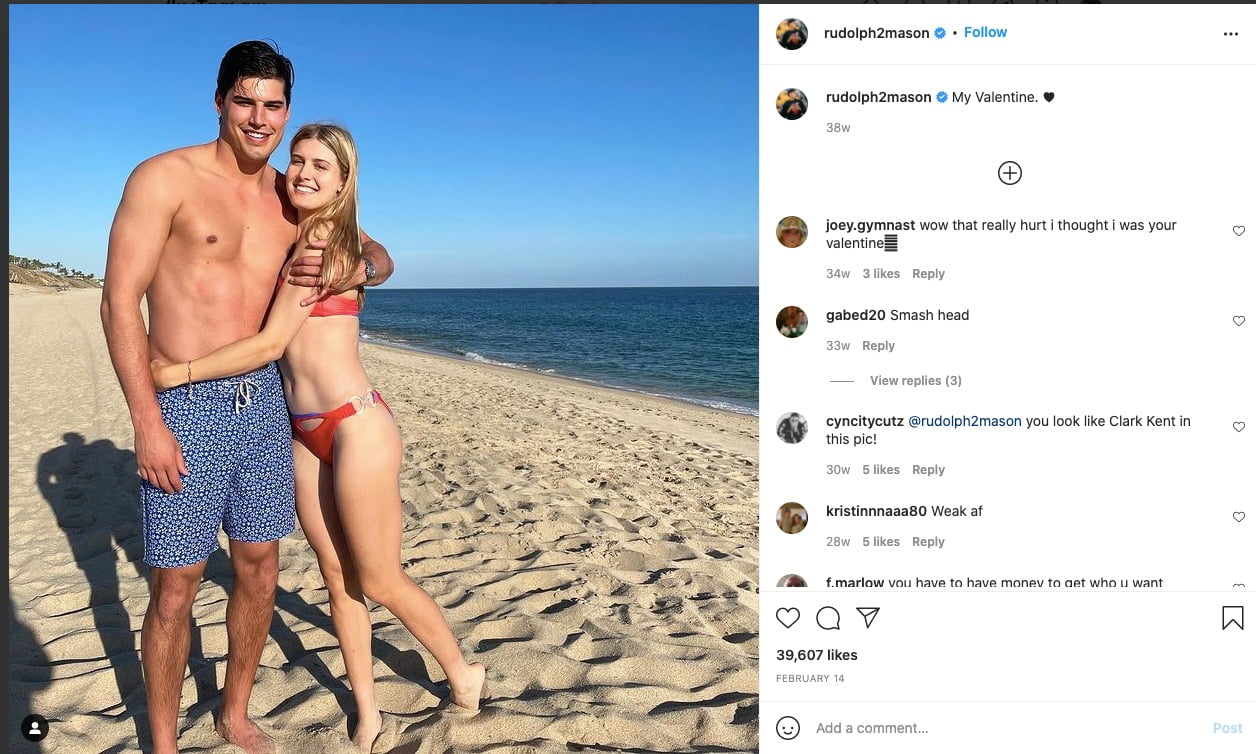 5’10 Genie Bouchard was born Eugenie Bouchard on February 25, 1994, in Montreal, Canada. Genie along with her twin sister Beatrice,  younger sister Charlotte, and brother Williams are the children born to Julie Leclair and investment banker Michel Bouchard.

Over the years, we have met Genie’s former flames, including NHL players Alex Galchenyuk and  Jordan Caron.

Genie Bouchard was first seen in public with Mason Rudolph in June; TMZ got the clip of their date in Miami.