This stunning lady is Kylie Kilmer Gilbert; wife of NFL player Garrett Gilbert, the quarterback for the Washington Football Team. He previously played for the Carolina Panthers and the Cleveland Browns, L.A. Rams (then St. Louis Rams), New England Patriots, Dallas Cowboys, Oakland Raiders, and the Orlando Apollos of the Alliance of American Football.

Prior to the NFL, Garrett played college football at Southern Methodist University; he initially committed verbally to play with the Longhorns at the University of Texas at Austin.

Garrett and his beautiful wife Kylie tied the knot on April 11, 2015, in Lubbock, Texas. The photo below showed them getting ready to welcome their first child together. 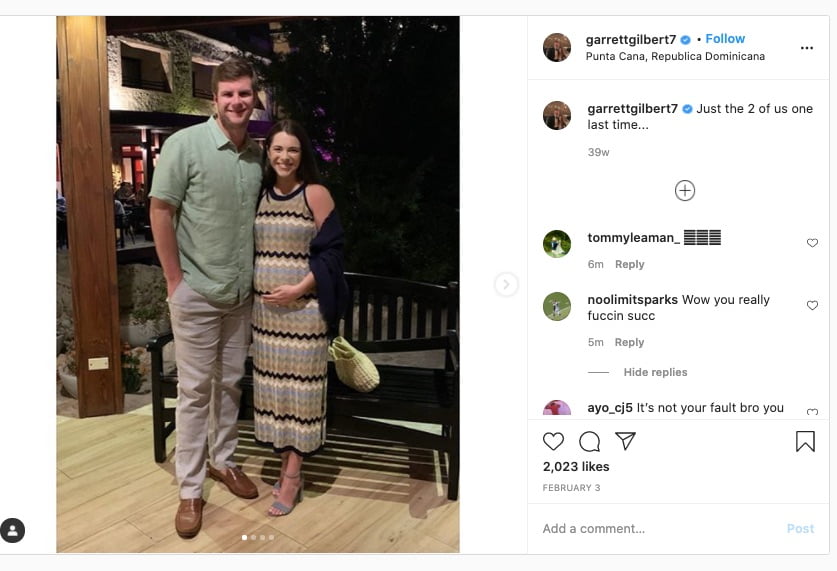 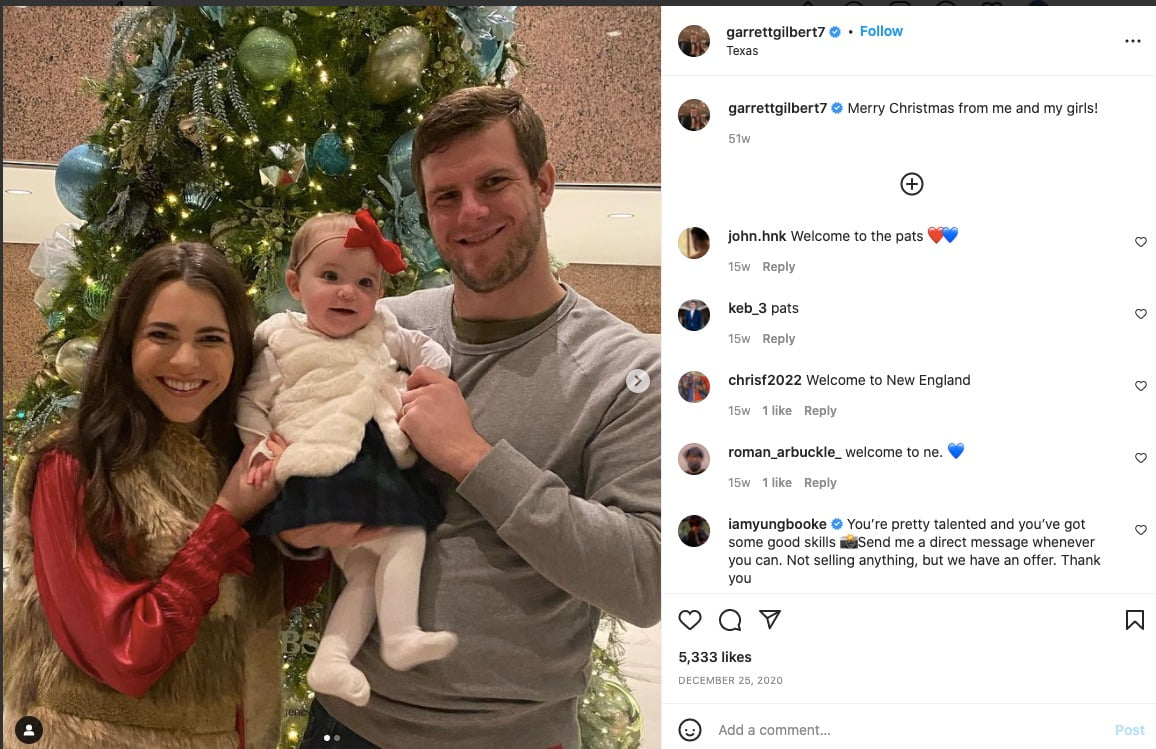 Kylie has one brother, Kevin, who graduated with a bachelor’s degree in history from Texas Tech and is the Co-Offensive Coordinator at Angelo State.

Mrs. Kilmer Gilbert who like her brother graduated from Texas Tech University, worked as an administrative assistant.