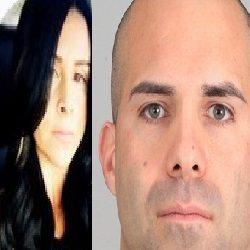 Michele Alosi is the wife of UCLA strength and conditioning coach Sal Alosi –who is making headlines after he and music mogul P Diddy got into a heated argument!

Reports say, her husband was attacked by Diddy –who grabbed a kettlebell and held it up in a defensive position TMZ reports.

Accoring to his UCLA profile, Alosi came to the Bruins after serving as the head strength and conditioning coach at Bryant University (Rhode Island) in 2011, where he directed all 22 of the Bulldogs’ varsity programs. Prior to working at Bryant, Alosi spent nine years in the NFL, where he served as the head strength and conditioning coach for both the New York Jets and the Atlanta Falcons.

His wife is 38-year-old Michele Alosi who was born Michele L Bonaparte on Jan 1977. On her Instagram she is a Manager @ ISAGENIX superfood nutritional supplement and a Consultant for Rodan + Fields skincare.

According to her website, she is an Independent Associate at ISAGENIX. She says: “My personal Isagenix Success Story is just one of the thousands of success stories shared by people who have experienced incredible results using Isagenix Systems. You can be confident that Isagenix is committed to your success by offering you the opportunity to live a healthy, clean, and lean lifestyle—and to create wealth while doing so.”

She’s also listed as an independent consultant at Rodan+Fields Dermatologists –an effective skincare products are designed by two of the most respected dermatologists. Michele is also a presenter at Younique 3d fiber lash.

Michele and her hubby are the parents of two children.