Meet Michelle Quick; formerly known as Michelle Beltran, this Salvadorian beauty is the wife of NFL player Brian Quick,  the wide receiver for the Washington Redskins. Michelle’s husband also played with the Los Angeles Rams and prior to the NFL, played college football at Appalachian State.

6’3″ Brian was born in Columbia, South Carolina on June 5, 1989. He attended Ridge View High School and Appalachian State. The St. Louis Rams selected him in the second round (33th overall) in the 2012 NFL Draft.

Quick played for the Rams until March 2017, when he signed with the Washington Redskins.

Check out these five facts about Brian Quick’s pretty wife. 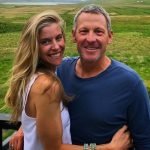 Terra Findlay is a renowned figure skater, Olympic medalist, broadcast journalist and host, but it … END_OF_DOCUMENT_TOKEN_TO_BE_REPLACED 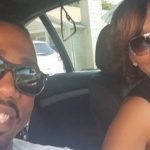