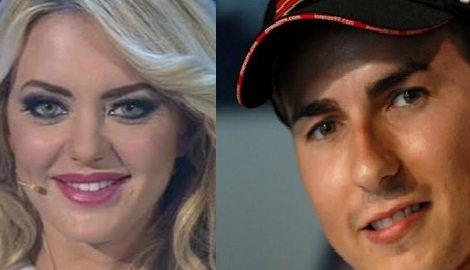 Elena Morali is a sexy Italian model, actress and TV host who is also the girlfriend of professional motorcycle road racer, Jorge Lorenzo Guerrero, best known as Jorge Lorenzo. Is good to be the 28-year-old Spaniard these days. Elena’s MotoGP title contender, moved to the front in second practice for the Valencia Grand Prix.

Jorge began riding motorbikes at home at the tender age of three and within months of taking to two wheels was competing in his first minicross races, his bio says. He made history by becoming the youngest ever winner of a European 125cc race, in 2001. He joined Yamaha in 2008 and exploded onto the MotoGP scene with an outstanding pole position at the opening round in Qatar, before finishing second in the race.

The 2012 season proved to be Lorenzo’s greatest yet. He went on to achieve an incredible record, taking six race wins over the season and always finishing either in first or second place with the exception of two DNFs. Lorenzo claimed his fourth World title, his second in the premier class, at Phillip Island with one race remaining.

Thought every year the the Movistar Yamaha rider has been wowing audiences, 2014 didn’t start as planned for the four-time world champion with multiple surgeries over the winter leaving him in less than perfect physical condition. This year, he is looking to first beat his teammate, and then focus on title victory.

To the heartbreak of many, the once hot couple, are no longer together. It is not clear why the hot Italian born, Elena Morali and Jorge are no longer an item but reports say she is currently rooting for another MotoGP man. 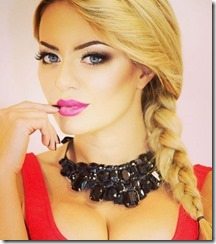 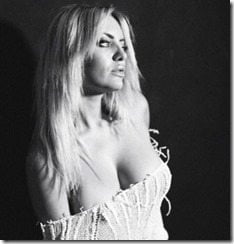 Elena Morali who is a sizzling model, began dating Lorenzo at end on 2012. Since being linked to Lorenzo, the beautiful blonde acquired that MotoGP wag status and has now over 50K followers on Instagram.

Elena Morali might have not needed  the attention –she is quite the bombshell –but it certainly didn’t hurt! Elena Morali was born January 28, 1990. According to online info, she resides in Milan, Italy. She has one sister named, Chiara Morali.

According to Italian outlets, Elena Mori is supper supportive of non other than, Valentino Rossi, and they could be dating! Elena posted a provocative snap where she clearly shows her support for Rossi and Iannone.