Natalia Stropkayova, this insanely NHL wag is the girlfriend of NHL player Tomas Jurco. The lucky 6’1 Slovak hockey player is currently a right wing for the Chicago Blackhawks. Prior to joining Chicago on February 24, 2017, he played for the Detroit Red Wings.

No doubt you already knew that right? You sure did indeed, just like you probably knew that he was born in Kosice in Slovakia on December 28, 1992. His older sister Petra is a former member of the Women Slakak Hockey Team. Tomas started his professional career playing with the Saint John Sea Dogs of the Quebec Major Junior Hockey League. Subsequently was the Detroit Red Wings selected him in the second round, 35th overall, of the 2011 NHL Draft. He finished his sting in Detroit recording 15 goals, 24 assist. The Red Wings traded him in exchange for a third-round pick in the 2017 draft to the Chicago Blackhawks on February 24, 2017.

There isn’t much out there to be quite honest. Natalia like Tomes was born in Kosice, Slovakia. She has one brother named Matus. And she is hot, do we need to say more?? I thought you’ll say that, check her photos below!! 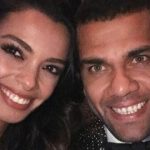 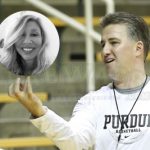 Jerri Painter Check out Jerri Painter; she was at some point in her life the wife of head coach … END_OF_DOCUMENT_TOKEN_TO_BE_REPLACED