Bekah Millls is the lovely girlfriend of NFL player Blaine Gabbert. Her 26-year-old boyfriend who is a QB for the San Francisco 49ers.

Originally from Ballwin, Missouri, Blaine went pro in playing football after his junior year in college. On March 11, 2014, the NFL player was traded to the San Fancisco 49ers for a 6th round draft pick. In his preseason debut, he completed (3 of 11) passes for 20 yards with touchdowns and 1 interception.

Blaine is currently on his 5th season and the 49ers are expecting to him to produce something, since the team has gone two straight games without a touchdown! Gabbert was called to action after Colin Kaepernick got benched. Can Gabbert pull it out? We can’t tell but he sure has huge support from his lovely girlfriend, Bekah Mills.

Bekah Mills was born Rebekah Mary Mills on April 18, 1989. She attended Circle High in Towanda, Kansas, where she’s originally from. She is the daughter of Daniel and Anita Mills and has two siblings. Brother, Ryan Mills and sister, Sarah Mills-Elnicki.

Bekah Mills met her beau while attending the University of Missouri. The pretty blonde played point guard on the women’s basketball team while Gabbert took over the starting QB as a sophomore. They are definitely one of those couples that bonded through their athletic skills. Unfortunately for Bekah, her basketball career was cut short after sustaining her 4th torn ACL. 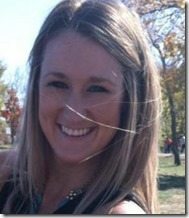 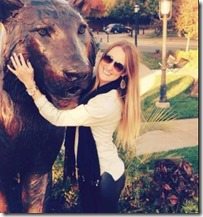 Bekah Mills earned her degree in business accountancy in May 2012. She holds a Masters of Accounting from the University of Missouri. According to her LinkedIn, she is a Senior Audit Associate at KPMG US where she began working in 2012 as a Audit Associate.

Though Blaine left a year early for the 2011 NFL Draft, the couple continued dating. Can you smell marriage for these two? 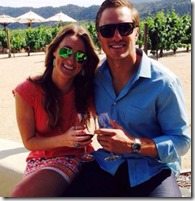 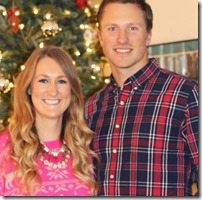 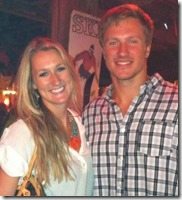 You can tell Bekah Mills is just a sweetheart. She has tons of pictures with Blaine and with family and fiends on her Facebook page and she’s always giving a big smile! On Instagram she says: “Feet on the ground, Head in the clouds”