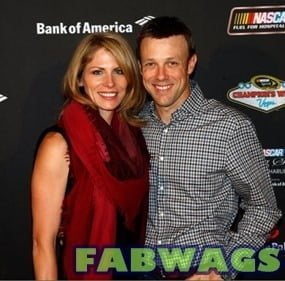 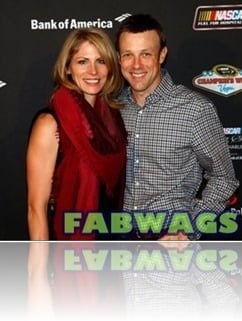 NASCAR racer Matt Kenseth has had an amazing weekend, he won at  Kansas and he had his amazing team and lovely wife to celebrate his win with.

Matt Kenseth ‘s wife Katie Martin aka Katie Kenseth is also the mother , she is for sure a pretty face to look at, but she called our attention a couple of years ago when she was involved in a serious car accident .

Katie was practicing with the other WAGS when at about 7:00 p.m she hit a wall in her Bandolero car (a small car normally used by amateur racers), Matt who was watching with other fellow racer rushed to the car, Katie was taken out in a stretcher and rushed to the hospital, minutes later Matt tweeted that Katie broke her scapula (shoulder blade) and had some bruises but was feeling a lot better.

“That didn”t turn out so well. Katie and I are home, she has a broken scapula and some bumps and bruises. Thanks for all the well wishes. She said that was the shortest racing career in history. Katie is feeling pretty good today,” he wrote. “And I got to learn something new — how to put a bra ON!

Katie Kenseth has been referred as the Julia Roberts of NASCAR, but the Willowy Wisconsin farm Girl said she is far from a sexy Julia Roberts, and thinks more of herself to be a tomboy. Mrs. Kenseth grew up in a farm in Cambridge, Wisconsin at that time she was known by her maiden name Katie Martin.

Katie was and continues to be a hard working girl, ever since she was a little girl she would help her father in the farm, either helping with the animals or  with the crops.

Cambridge is also her hubby’s hometown, they met  when she was 13 and was working as a cashier at convenience store where he once visited. Matt was in and out of that store, but he didn’t noticed her but she sure noticed him.

Katie would see Matt once again years later at a friends’ wedding and this time he did noticed her, they were introduced by mutual friends, and began to date soon after.  By the time she was 21 in  2000  Katie and Matt got married and she became the new Mrs. Kenseth.

Nine years later on  July 6, 2009 her gorgeous baby daughter Kaylin Nicola was born, then on February 22, 2011 they welcomed their youngest daughter Grace Katherine. 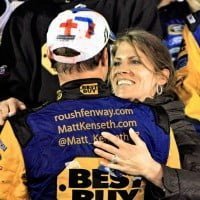 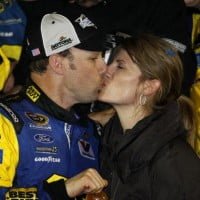 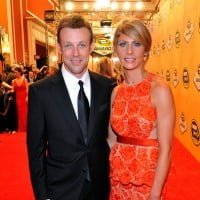 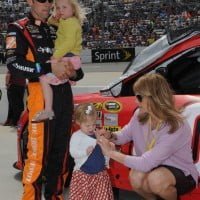 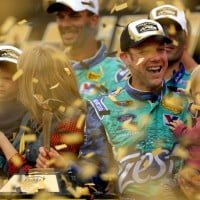 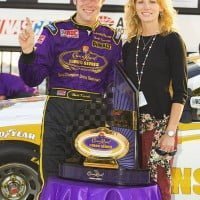