Aka James Harden’s alleged mistress, this Australian stunner claims of sleeping with Houston Rockets player James Harden just a few days after he was seen pretty cozy with Khloe Kardashian in Hawaii.

Khloe was with James in Hawaii, then he flew to Australia and spent the night with me. He was charming, affectionate – he asked me to visit him in America and told me he was a single guy.’ 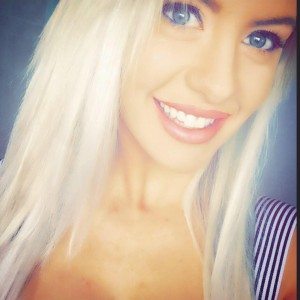 Rochelle Relf a 23-year-old student from Australia said she hooked up with Harden in Australia less than a week after he allegedly started dating Khloe. Relf said that things got pretty intense when they headed  into the club at the hotel Marquee

“At one point, the security guard left forward and told us to stop touching but James didn’t listen to him.”

Rochelle who spoke exclusively to New Idea said she is telling on Harden to gain  the so-called 10 minutes of fame at the athlete’s expense, but  rather to keep Khloe from getting hurt once again by cheaters.

“James is very good at making himself out to be a loyal person. He is Mr. Romantic and says what you want to hear. But he is in no way ready to be settling down, and it’s no secret Khloe wants a family.”

“Khloe has been through a lot” and that she should avoid similar mistakes with the “love rat” Harden.

‘I don’t want to hurt Khloe,’ she insists. ‘But as a woman I think we need to hear these things and she should know the truth. James is very good at making himself out to be a loyal person.

“I’m saying all of this because she shouldn’t be wasting time on this guy,” she said. “He was happy to be entertaining girls in his hotel room and if he was my man, I would be chucking his clothes out on the street.”

Rochelle Relf who is the proud momma of daughter Maddie Rose, lives in Kiama, New South of Wales- she attended at Wollongong High School of the Performing Arts and  at Fashion Design and Technology University in Sidney.

Do you really believe she is James Harden’s mistress? Or do you think Rochelle Relf is just full of it?