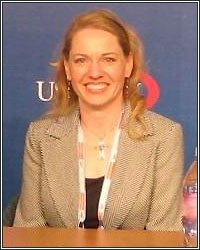 Back in January of 2011, when it was reported that Georges St Pierre had split amicably from his manager Shari Spencer, there was a boatload of articles saying what great friends they still were. But recent events have proven that this was not the case.

St. Pierre was paying Spencer a rumored 20% of all the deals she brought to the table. In a second lawsuit filed by Spencer in Clark County, Nevada, she is suing for losses sustained after her partnership with him was dissolved. She’s looking for proceeds she is entitled to as his manager when these deals were made. These include the following:

20% of royalties earned under a UFC merchandising contract

Affliction and RUSHfit, St.Pierre’s signature workout line, among others.

According to documents revealed on Tuesday, St.Pierre lost another suit in civil court and had to make out a check for $737,066.35 payable to Shari, earlier this year.

So it’s no surprise that St. Pierre said that he needed some time off, and that some people in the know are speculating if this has anything to with these lawsuits.

Remember the saying “ has no fury….” Well here’s more proof of that!