Meet Sherry Robinson; she is the beautiful and proud momma of NFL prospect Gareon Conley. Her boy is a cornerback at Ohio State University, prior to college he played at Massillon Washington High School in Ohio.

Sherry Robinson welcomed her son Gareon Rashad Conley on June 29, 1995.  6’0” Conley started playing football in high school; subsequently continued to excel all the way to college. He initially committed to the University of Michigan, furthermore decided to attend Ohio State instead.

Gareon was in his junior year at Ohio State when he decided to enter the 2017 NFL Draft. 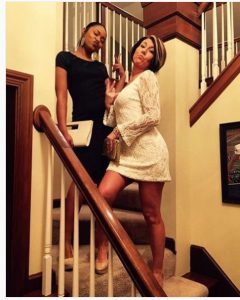 Want to find out if there’s any other special ladies in the life of the top NFL prospect, as in the form of a girlfriend? Click the link below!

WHO IS NFL GAREON CONLEY’S GIRLFRIEND?