Meet Sydnie Green; this lovely NFL WAG  is the girlfriend of NFL player Sheldon Richardson, he is the defensive tackle for the Seattle Seahawks. Prior to joining Seattle this year. Sheldon played for the New York Jets.

Sheldon played college football at the College of the Sequoias and the University of Missouri; The Jets selected him in the first round (13th overall) in the 2013 NFL Draft.

On September 1, 2017, the Jets traded him to the Seattle Seahawks in exchange for the 2018 second-round draft pick and Jermaine Kearse. 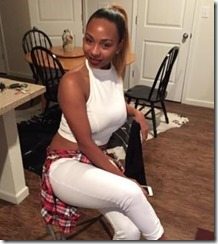 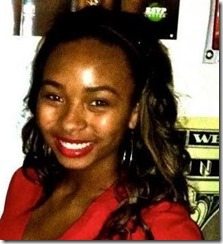 Sydnie Green who was born February 18, 1993, in Inglewood, California is no stranger to sports. The 22-year-old is a college soccer player. Green played the defender position for the Houston Cougars and also played for the Mizzou Tigers. She and Richardson have been dating since 2012.

According to her profile, she was a four-year varsity letter winner for Santiago High School under head coach Mike Fleming and helped her team to a League Championship all four years. Her parents are Steve and Carla Green, she has a younger sister, Kennedy Green.

On her Facebook page, Sydnie says she is a model working at Hollister, she also has a LinkedIn profile where she is listed as an athletic training at advert agency MOJO AD.