Meet the handsome washboard abs Peter Koczka; this hottie is the boyfriend of Hungarian tennis player Timea Babos. The 5’10” Sopron native reached her highest world rank(25th) on September 19, 2016; ranked 35th on May 22, 2017.

Peter’s famous gal was born on May 10, 1993, in Sopron, Hungary. Timea and Sloane Stephens won the 2010 French Open girl’s doubles event and the 2010 Wimbledon Championships. She eventually turned pro the following year.

Her greatest accomplishments have in been playing doubles;  playing with Kristina Mladenovic, they reached the finals at the 2014 Wimbledon Championships, same results at the 2015 Wimbledon championships with Alexander Peya and once again in 2016  finals with Yaroslava Shvedova. 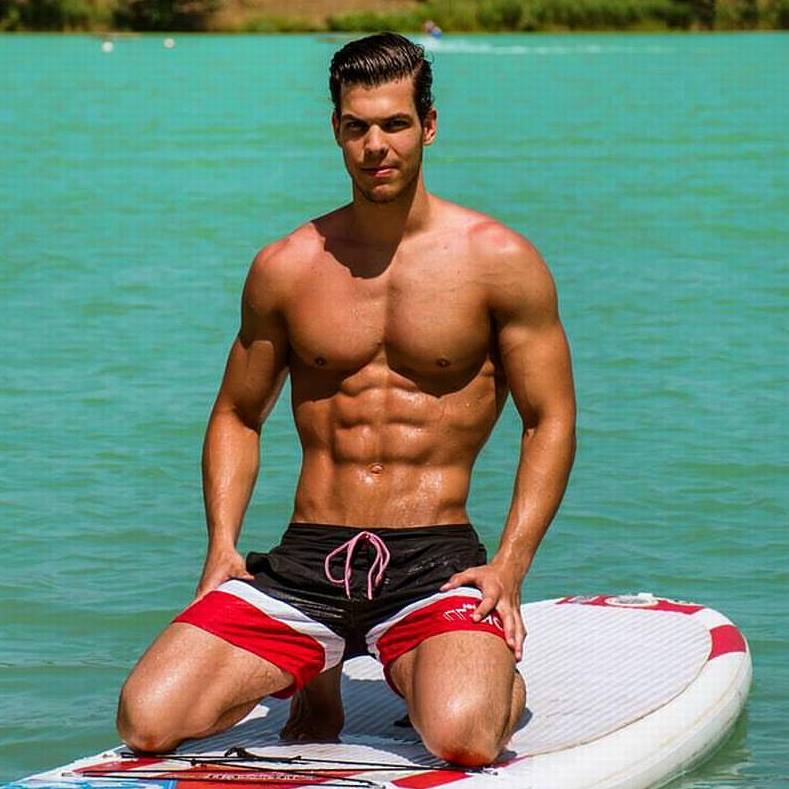 As noted, Timea is dating this handsome guy, Peter Koczka,  a tall statuesque male fitness model from Budapest, Hungary. Unfortunately, there isn’t anything about him, but you can see his and Timea’s photos below.