Check out Ms. Julia Nagler; this soccer wag is the beautiful girlfriend of German soccer player Timo Werner, the forward for RB Leipzig and the German National Soccer Team.

Werner also played with VfB Stuttgart prior to signing with Leipzig in 2015; He closed his chapter with Stuggart scoring 13 goals in 95 appearances from 2013 to 2016.

Timo made his international debut with the Germany U-17 squad at the 2012 UEFA European Under -17 championship in Slovenia. He was called by Coach Low to the senior team in 2017. 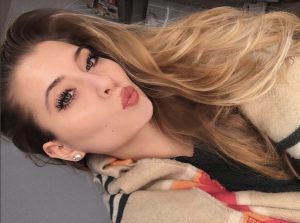 Timo Werner has been dating 21-year-old Julia Nagler for a while; she is a student in Stuggart. Unfortunately, that is what we found about her thus far.