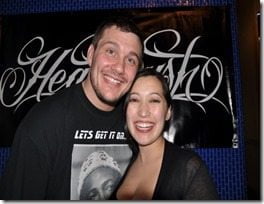 Let’s get more familiar with UFC heavyweight Matt Mitrione’s soft side shall we! The 35-year-old a.k.a “Meathead” is married to beautiful wife Tina. She is the mother of his three children, two sons and one little girl born in November of 2010.

Tina’s tough fighter husband who has a background in football having played for the New York Giants and Minnesota Vikings definitely has a soft side, his kids. On his twitter feed he says

How cute of Tina’s hubby, not to mention the millions of pictures he has with them! On Facebook he expresses it in a slight different way saying

I love my kids, fighting, and pounding people in the face. 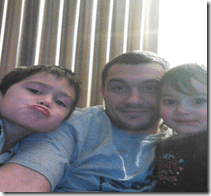 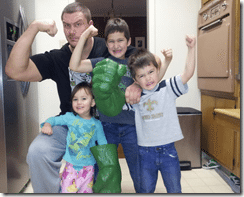 Tina might not be as famous as her husband who has won a total of six fights out of his eight events; five by knockout and one by decision; but she is a happy stay at home mommy and wife and with her three children we can imagine she keeps herself busy.

Former NFL defensive lineman made his MMA debut as a competitor on The Ultimate Fighter: Heavyweights; Tina’s man has had many recognitions in both his NFL career and now as a Kickboxing machine for his team Roufusport; including, defeating Kimbo slice with a second round TKO at UFC 113. 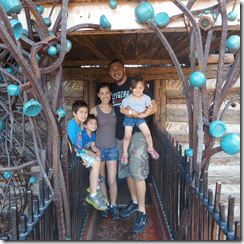 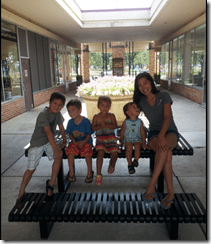 Just a couple of moths back Tina got a taste of what’s it like being married to an MMA fighter; last June her hubby and Brendan Schaub exchanged nasty insults on twitter, some of those public statements included insults involving Mitrione’s wife and comparing Schaub’s looks to an actor with Down’s Syndrome! Tina gracefully twitted back “going along with the flow” but clearly trying to break the tension between her hubby and Schaub, but that is all in the past now, or maybe not! We’ll have to wait and see Matt Vs. Schaub on UFC 165!

Find Tina the “Power washer of things, warrior of the road, lover of small children” on twitter here.